Chinese regulators plan to allow Didi, Kanzhun, Full Truck Alliance's mobile apps back into the domestic app stores, which could happen as early as this week, according to the Wall Street Journal.

Chinese regulators are ending a year-long investigation into ride-hailing service giant Didi Chuxing (NYSE: DIDI) and two other US-listed tech companies, preparing to lift a ban on them adding new users as early as this week, the Wall Street Journal reported today.

Regulators plan to allow Didi, online recruiting firm Kanzhun (NASDAQ: BZ), and logistics platform Full Truck Alliance (NYSE: YMM) -- also known as Manbang Group -- to return their mobile apps to domestic app stores, which could also happen as early as this week, according to the report.

The government has moved to pause its control over the local tech giants as concerns grow over China's deteriorating economic outlook, the report said.

Chinese authorities, including the Cyberspace Administration of China, communicated the plan during a meeting last week with executives from Didi, Full Truck Alliance and Kanzhun, according to the report.

But just two days later, China's Cybersecurity Review Office said in an announcement on July 2, 2021, that it was implementing a cybersecurity review of Didi to prevent national data security risks.

Since then, Didi's shares have fallen nearly 90 percent cumulatively to $1.85 as of Friday's closing bell.

As of press time, Didi shares were up more than 60 percent in pre-market trading after the Wall Street Journal report was published. 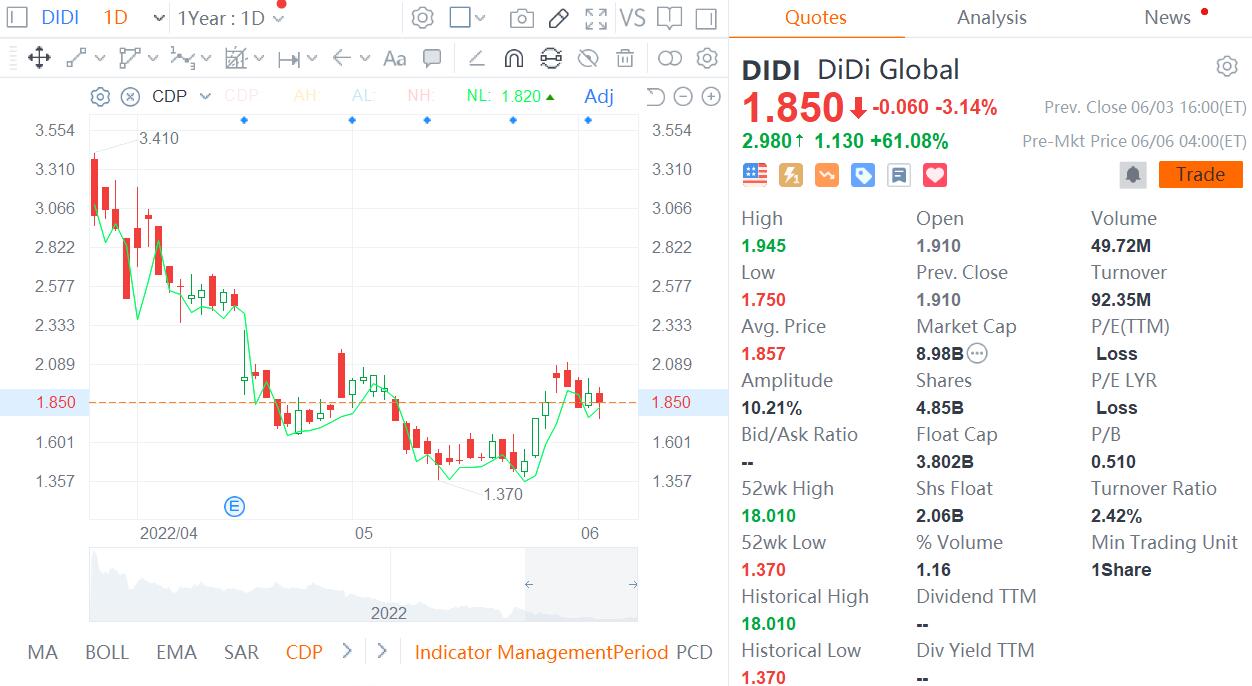 Last July, Chinese regulators stopped the companies from adding users, and Chinese app store operators removed their mobile apps. The companies said at the time that they would fully cooperate with the review.

On December 3 last year, Didi announced that it was starting the process of delisting from the New York Stock Exchange and initiating preparations for a Hong Kong listing.

On May 23, Didi announced that its shareholders had approved a plan to delist from the NYSE and that the company would officially move forward with the delisting process.

China First Automobile Group Corp, a state-owned automaker, is considering buying a large stake in Didi, Bloomberg said on May 27, citing people familiar with the matter.

FAW has already approached Didi's top executives and pledged to help Didi resolve issues related to data security and pave the way for a Hong Kong listing, according to the report.