NIO said it plans to further ramp up production capacity to a higher level and to accelerate the delivery recovery starting from June. 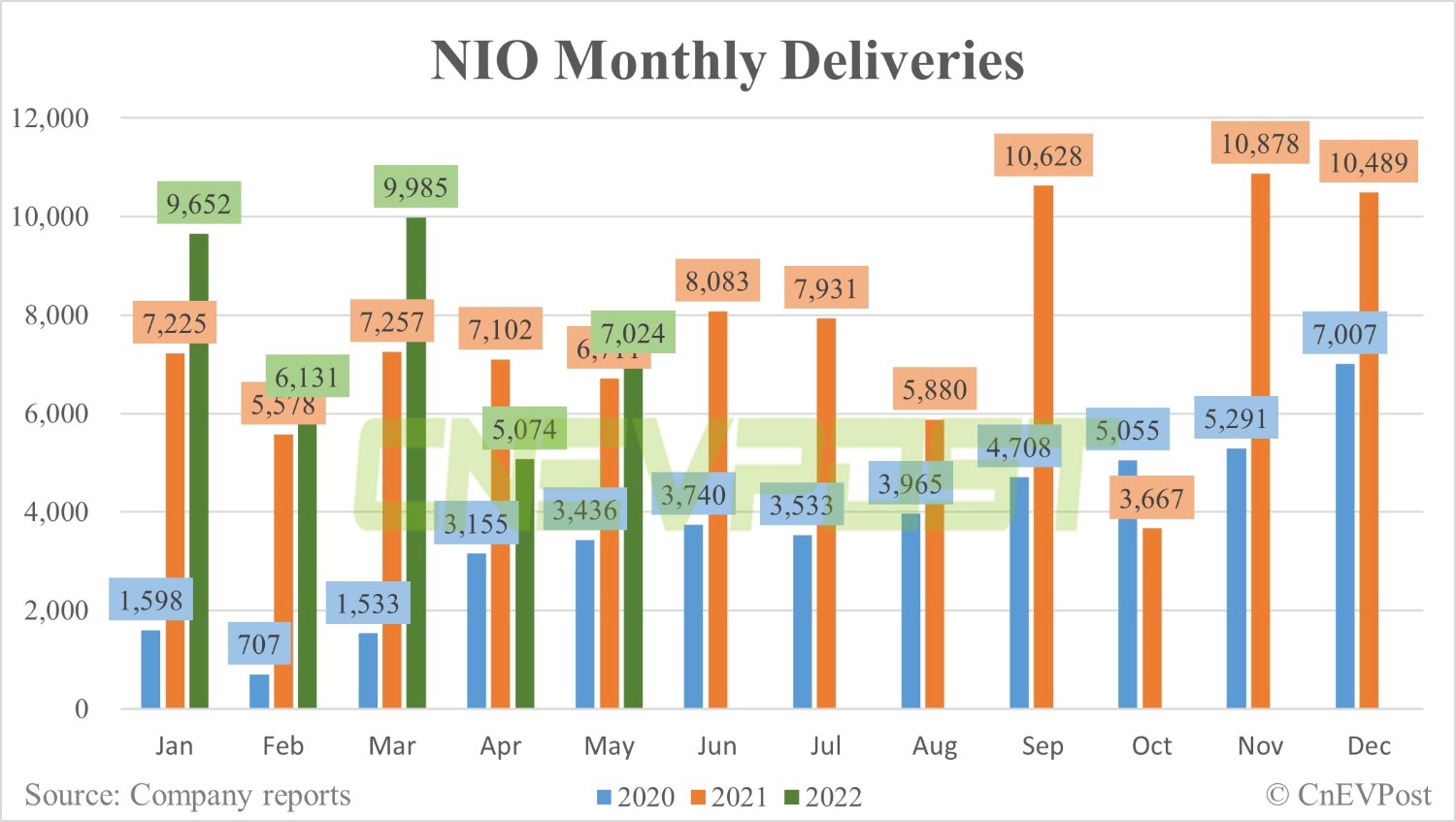 This is the first time ET7 deliveries have surpassed those of the EC6, bringing the model's total deliveries to 2,563 since it first started delivering in late March.

The company's vehicle production has gradually recovered in May from the impact of the Covid-19 outbreak in certain areas of China, while vehicle deliveries remain somewhat constrained by corresponding precautionary measures, it said.

NIO plans to further ramp up the production capacity to a higher level by working closely with supply chain partners and to accelerate the delivery recovery starting from June, in light of the recent supportive developments in the Covid-19 situation and the strong order inflow, it said.

As of May 2022, NIO users have accumulated more than 5 billion kilometers, the company's English press release said today.

Separately, NIO said in its Chinese press release that the company will hold a new product launch in the near future, when it will also announce plans for a smart cockpit hardware upgrade on existing SUV models.

The upgrade will include making these models use Qualcomm Snapdragon 8155 chips, smart gateways, HD cameras, and 5G modules, according to NIO.