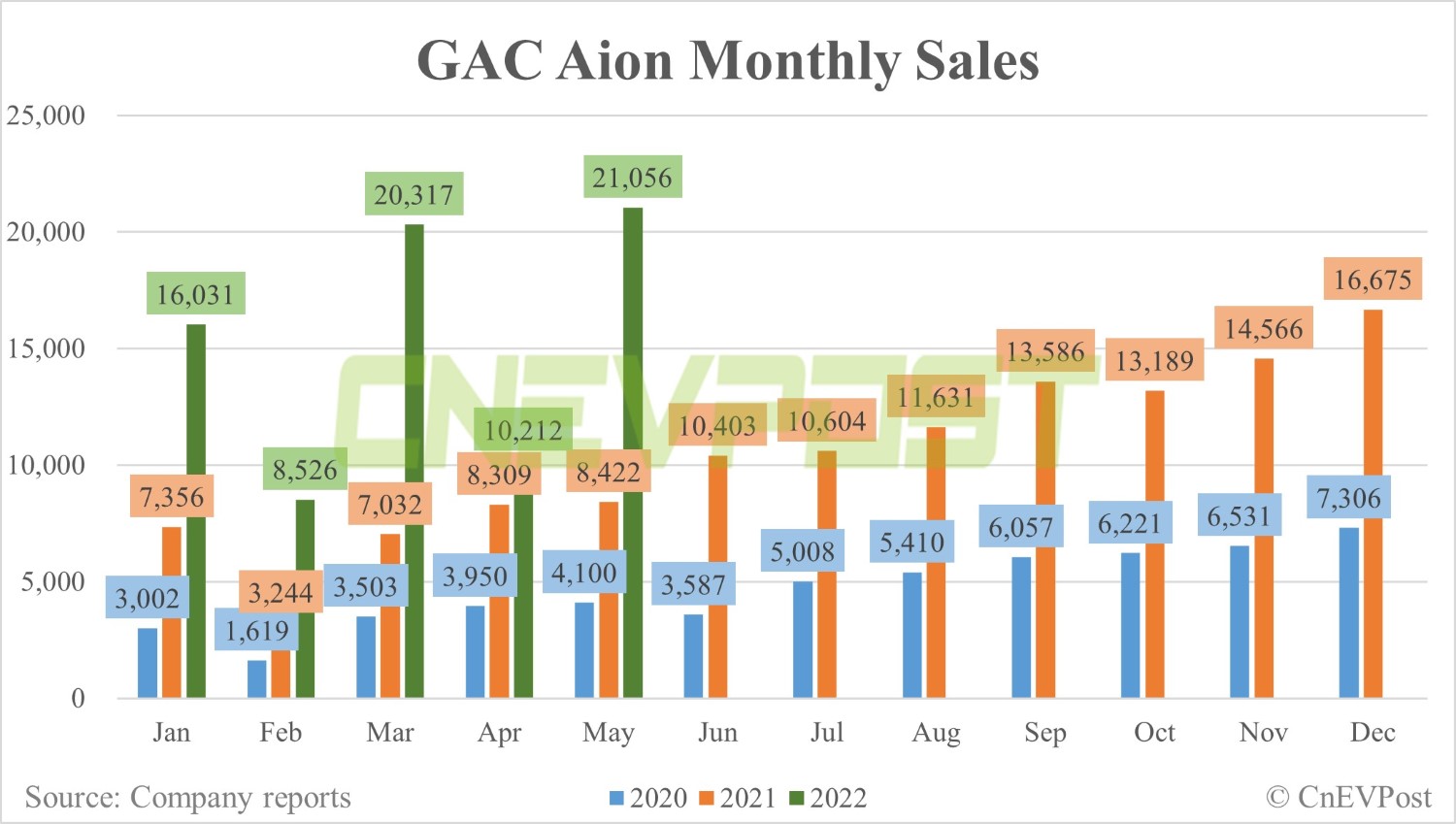 GAC Aion, the new energy vehicle (NEV) subsidiary of GAC Group, sold a record 21,056 units in May, surpassing the previous record of 20,317 units in March.

That's up 150 percent year-on-year and 106 percent from April, according to figures released by the company today.

In the January-May period, GAC Aion sales were 76,142 units, up 122 percent from 34,363 units in the same period last year, data monitored by CnEVPost shows. 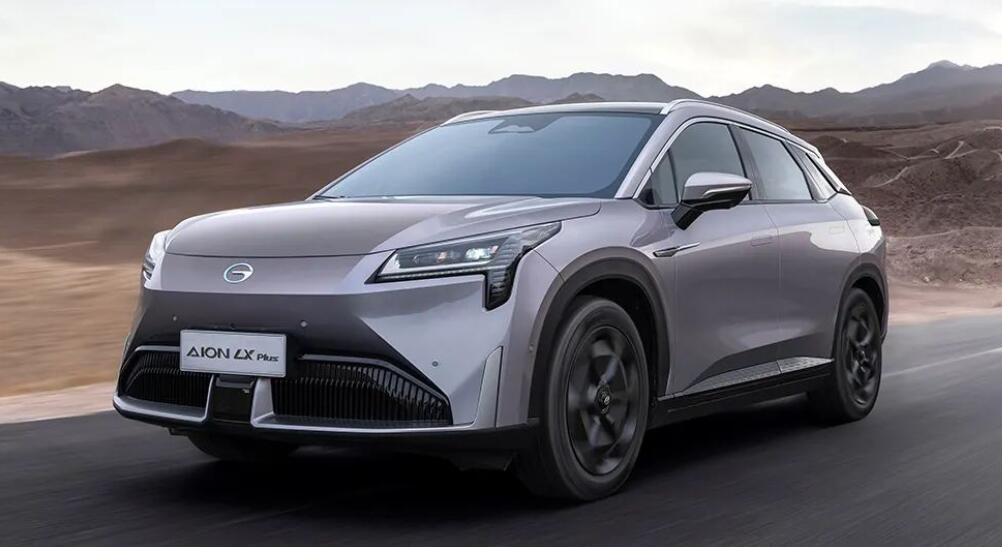 On February 18, the company announced the completion of its plant expansion project, doubling standard capacity to 200,000 units per year.

With the completion of the project, GAC Aion enters a new phase of high-speed, high-quality growth, it said.

The plant started production in April 2019, ahead of GAC Aion's start of independent operations.

In April 2021, GAC Aion announced that it would invest about RMB 500 million to expand the plant's capacity against the backdrop of rapidly growing sales and the launch of the all-new Aion Y model.