BYD (SHE: 002594) bought back its shares traded in Shenzhen for the first time today, after it announced the plan in late April.

The company bought back 1,452,100 of its shares traded in China's A-share market, or 0.04988 percent of its total shares, in a centralized bidding transaction through a special securities account for the buyback, according to an announcement on the Shenzhen Stock Exchange website.

The repurchased shares will all be used for the employee stock ownership plan, and the unused portion will be canceled, BYD said at the time.

Since the buyback plan was announced, BYD's shares traded in Shenzhen have gained a cumulative 27 percent so far. 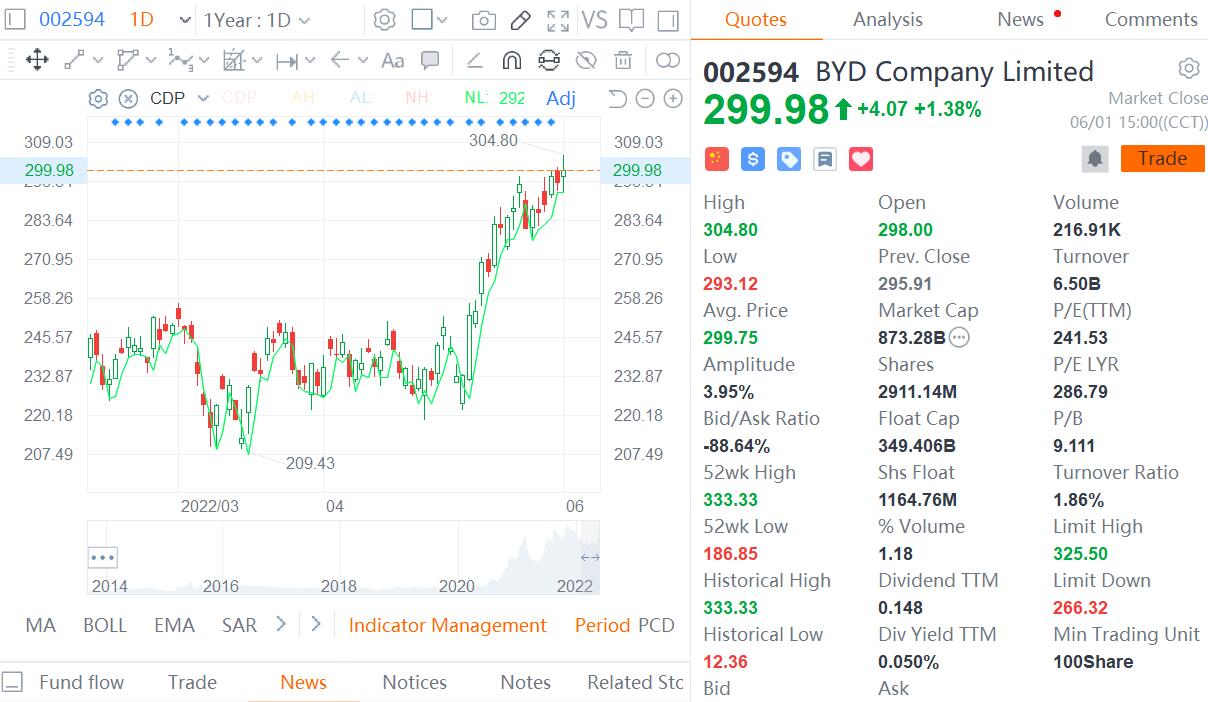 This means that the buyback program can only be initiated if BYD's shares traded in Shenzhen fall below today's closing price in the future, potentially making RMB 300 a key support level.

The rise in BYD's stock is due to the recent rally in China's A-share market, besides the improved investor sentiment brought about by the buyback program.

In addition, BYD's multiple new product announcements over the past month have boosted sentiment.

At the Shenzhen auto show, which began on May 28, the BYD booth drew a large crowd, who were mainly attracted by the Seal sedan, according to information shared by several Weibo car bloggers.

On May 31, Zhao Changjiang, general manager of the sales division of Denza, a joint venture between BYD and Mercedes-Benz, said the company will soon announce a new all-electric SUV concept.