The move comes after Mirattery secured tens of millions of dollars in financing through an ABN offering in April, marking the establishment of its direct access to financing in the exchange and interbank markets.

Mirattery successfully issued the ABS on the Shanghai Stock Exchange today for a total size of RMB 635 million ($95 million), according to a press release issued by the company.

The ABS issuance is another attempt by Mirattery to raise capital markets funding, following an ABN issuance on April 19, the company said.

This marks the completion of Mirattery's establishment of direct financing channels in the exchange and interbank markets, and provides a further safeguard for the company's BaaS (battery as a service) service system, it said.

The successful issuance of the ABS reflects the Chinese capital market's recognition of Mirattery's BaaS model and asset management capabilities, which further broadens the company's low-cost financing channels, it said.

In August 2020, NIO launched its BaaS battery leasing business and Mirattery is the manager of the battery assets.

The BaaS business allows users to purchase a NIO vehicle without buying a battery, thereby reducing the cost of the vehicle at the time of purchase by at least RMB 70,000. But instead of the owner owning the battery, Mirattery will hold the title to the battery. 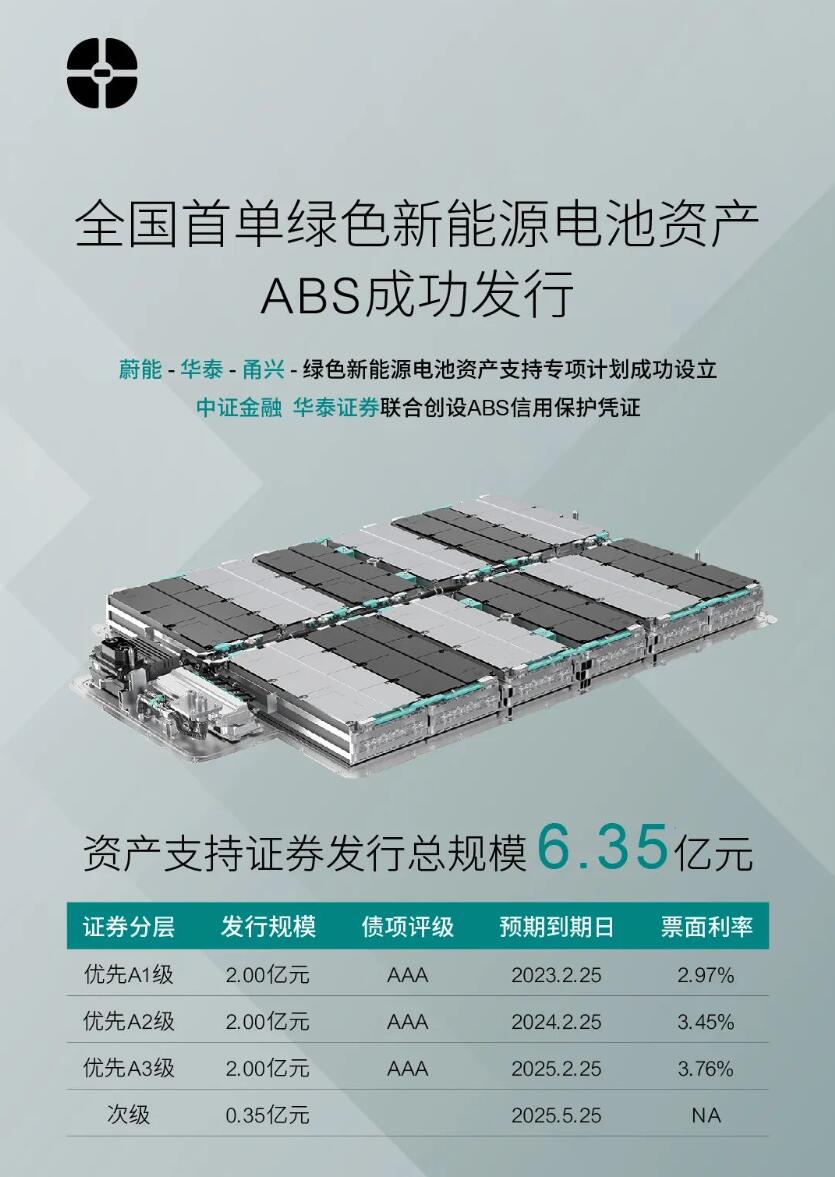