FAW has approached Didi and pledged to help it resolve issues related to data security and pave the way for a Hong Kong listing, according to Bloomberg.

FAW has approached Didi's top executives and pledged to help it resolve issues related to data security and pave the way for a Hong Kong listing, according to the report.

The discussions are in the early stages and may not lead to any deal, the people noted.

FAW is unlikely to be the only company interested in acquiring a stake in Didi. Shouqi Group, as well as other Beijing-based companies, were considering taking a stake in the ride-hailing company, Bloomberg reported last September.

Didi rose in pre-market trading Friday after the Bloomberg report was released, up 9 percent at press time. 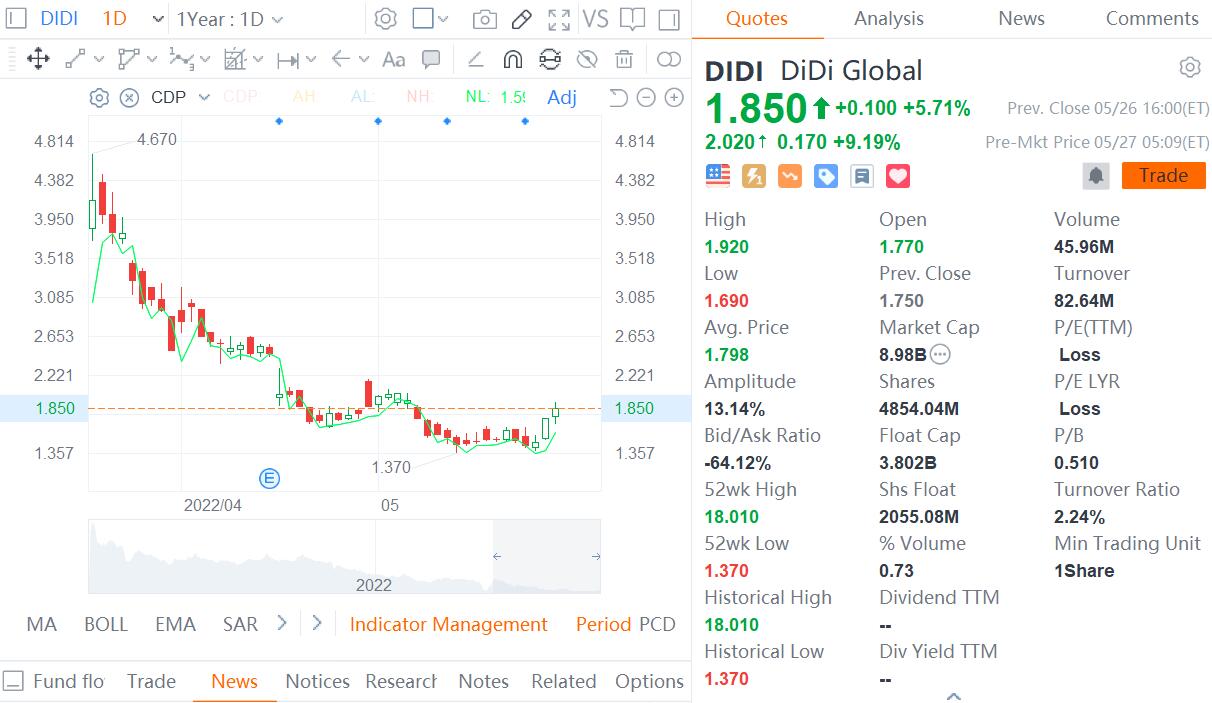 But just two days later, China's Cybersecurity Review Office said in an announcement on July 2, 2021, that it was implementing a cybersecurity review of Didi to prevent national data security risks.

Since then, Didi's shares have fallen nearly 90 percent cumulatively to $1.85 as of Thursday's closing bell.

On December 3 last year, Didi announced that it was starting the process of delisting from the NYSE and initiating preparations for a listing in Hong Kong.

The company said in a statement at the time that its board of directors authorized the company to apply for delisting from the NYSE and seek a listing in Hong Kong.

The company will ensure that its US-traded ADSs are convertible into shares it can freely trade on another internationally recognized stock exchange, the statement said.

On May 23, Didi announced that its shareholders approved a plan to delist from the NYSE and that the company will officially move forward with the delisting.

Didi confirmed that it will delist the company's ADSs from New York as soon as possible and that the company's shares will not be listed on any other stock exchange until the delisting is completed to better align with the cybersecurity review corrective measures, according to Didi's statement.