The inclusion of Chinese companies on the list is a step by the US side to enforce relevant laws and does not mean they will be delisted, the Foreign Ministry said.

The number of Chinese companies facing possible delisting exceeds 100 after the latest update from the US Securities and Exchange Commission (SEC). China's Foreign Ministry responded to this.

The inclusion of Chinese companies on the list is a step by the US side to enforce relevant domestic laws and does not mean they will be delisted, Chinese Foreign Ministry spokesman Zhao Lijian said at a regular press conference today.

The SEC's list, updated on May 4, shows that 88 more companies, including NIO, XPeng, EHang Holdings, JD.com and Pinduoduo, were added to the provisional list of issuers determined under the Holding Foreign Companies Accountable Act (HFCAA).

The 88 companies, the sixth batch to be added to the list, have until May 25 to provide evidence to the SEC that they do not qualify for delisting. If they fail to do so, they will be placed on the conclusive list.

Companies placed on the conclusive list will be required to file the documents required by the SEC within three years, and if they fail to do so, they will be delisted in early 2024 after disclosing their 2023 annual report.

So far, 105 companies have been on the provisional list and 23 companies on the conclusive list. Previously, NIO, XPeng and Li Auto have been listed in Hong Kong in response to possible delisting risks.

It is worth noting that Chinese and US regulators are currently working to address this issue.

The China Securities Regulatory Commission (CSRC) has a very smooth dialogue with US regulators, with weekly videos to gradually get the details down, said Fang Xinghai, vice chairman of the CSRC, on the sidelines of the Boao Forum last month.

On April 29, Bloomberg reported that Beijing was discussing with US regulators the logistics of allowing on-site audit inspections of Chinese companies listed in New York, a sign of progress in talks to keep the US stock market open to Chinese issuers.

Shares of Chinese companies listed in the US were generally lower in pre-market trading Thursday. At press time, the KraneShares CSI China Internet ETF (NYSEARCA: KWEB) was down 2.88 percent, NIO was down 3.86 percent, XPeng was down 3.63 percent and Li Auto was down 2.92 percent. 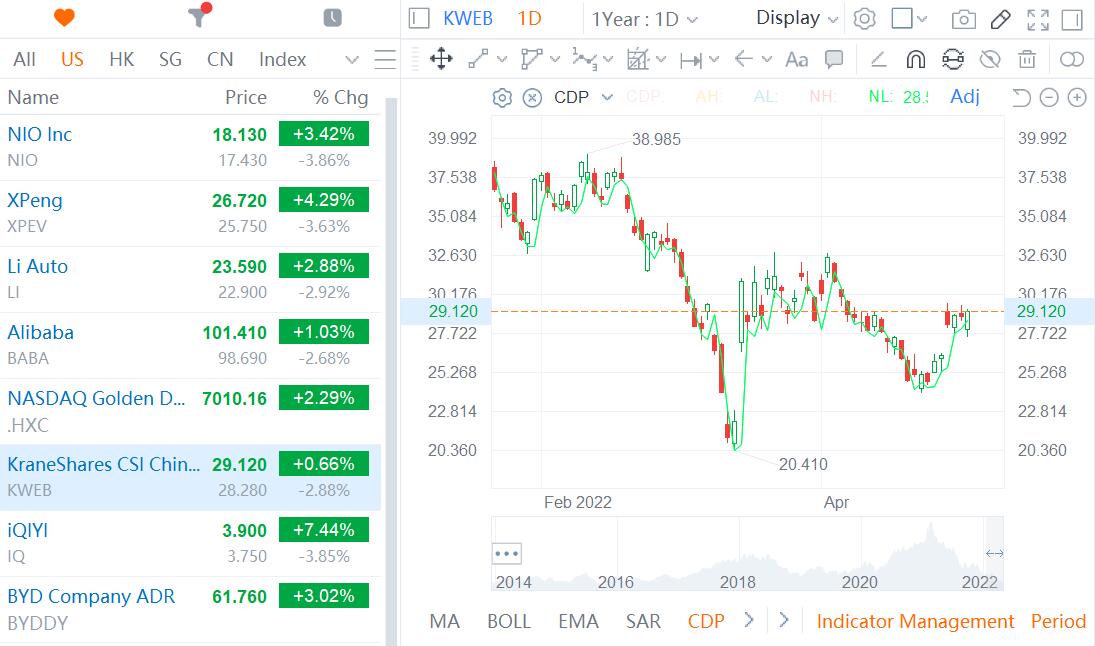