NIO has a strong product cycle in 2022, including three new models and three face-lifts to be launched, Citi said.

NIO's at-the-market share offering over the past two months was seen as a major factor weighing down its stock's performance, and in Citi's view, investors actually overreacted.

However, there are several "positive catalysts" for NIO, including NIO Day in mid-December following the company's November delivery announcement, and when the price of the new ET5 model is known.

NIO has a strong product cycle for 2022, including three new models and three face-lifts that will be launched, which will help the company gain further market share, Chung said.

Chung maintained a Buy rating on NIO and an $87 price target.

NIO originally announced its at-the-market offering on September 8 and said when it reported its third-quarter results on November 10 that it had sold 33,175,896 ADSs and raised about $1.2 billion.

On Friday, NIO announced the completion of that offering, raising gross proceeds of about $2 billion. The company rose 7.32 percent to $41.49 on Monday, its biggest gain since June 1.

Chung's price target implies that NIO stock has a 110 percent upside in his view. 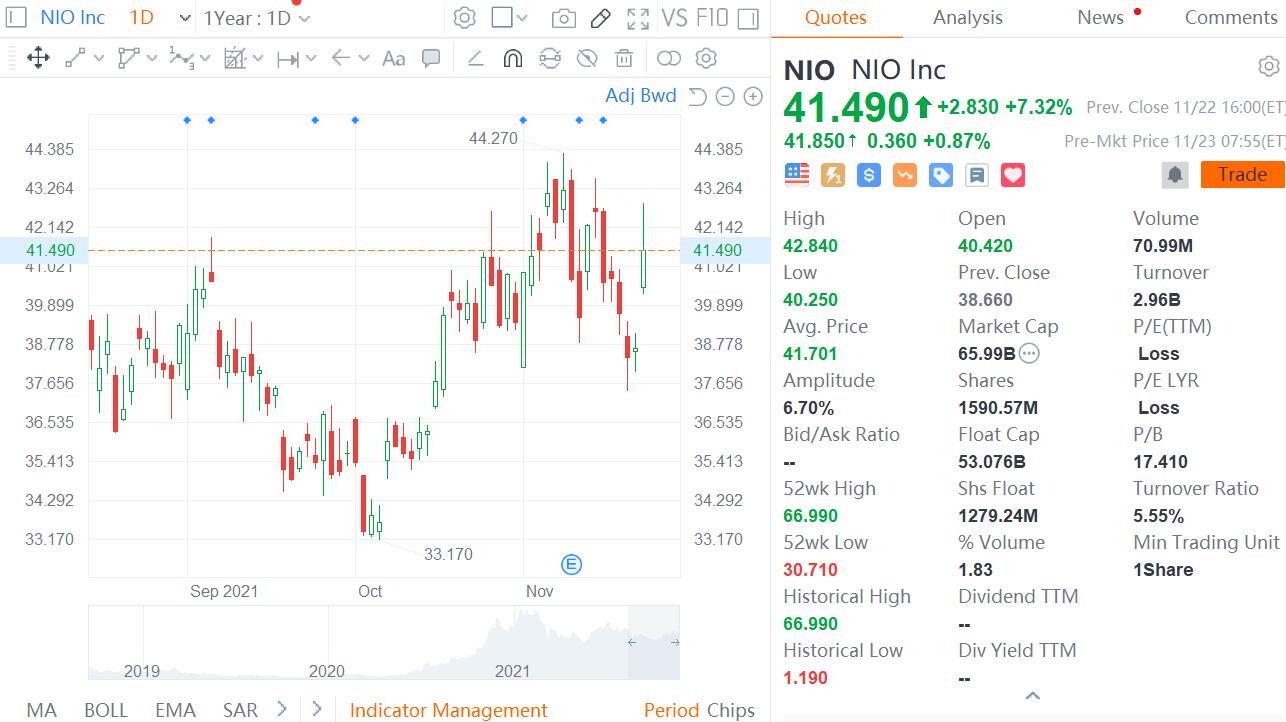 It's worth noting that Deutsche Bank's Edison Yu's team was the first of the Wall Street analysts to put out a Catalyst Call on NIO.

In a research note sent to investors on November 4, Yu's team argued that NIO's stock has significantly underperformed its local peers over the past three months, but that could change soon.

The next 2-3 potential catalysts that could help change the narrative on NIO stock exist, including NIO's third-quarter report, November deliveries and NIO Day, the team said.

Join our Telegram group to be alerted the moment we publish an article: t.me/CnEVPost
#NIO#Stock Ratings
2
Comments (0)