Update: Tweaked the headline and content to include new information from Saloon released on Monday.

How many LiDARs are enough for an EV? NIO says one, XPeng says two, WM Motor says three and Saloon says "if you have less than four, shut up."

How many LiDARs are enough for an EV?

NIO says one, XPeng Motors says two, WM Motor says three, and Saloon says "if you have less than four, shut up."

The premium brand owned by Great Wall Motor said Monday that its first product, to be unveiled on the opening day of the Guangzhou Auto Show on November 19, will feature four LiDARs, the first car in the world to have that many of the parts.

"If you have less than four, shut up," said the headline of the article posted by Saloon.

"This is the world's first model to have four LiDARs to carry the imagination of the future with technology," Saloon said.

This takes the competition for the number of LiDARs among Chinese electric car companies to a new level. NIO's flagship sedan, the ET7, has one LiDAR, the XPeng P5 sedan has two in its upper trim levels and WM Motor's M7 has three LiDARs. 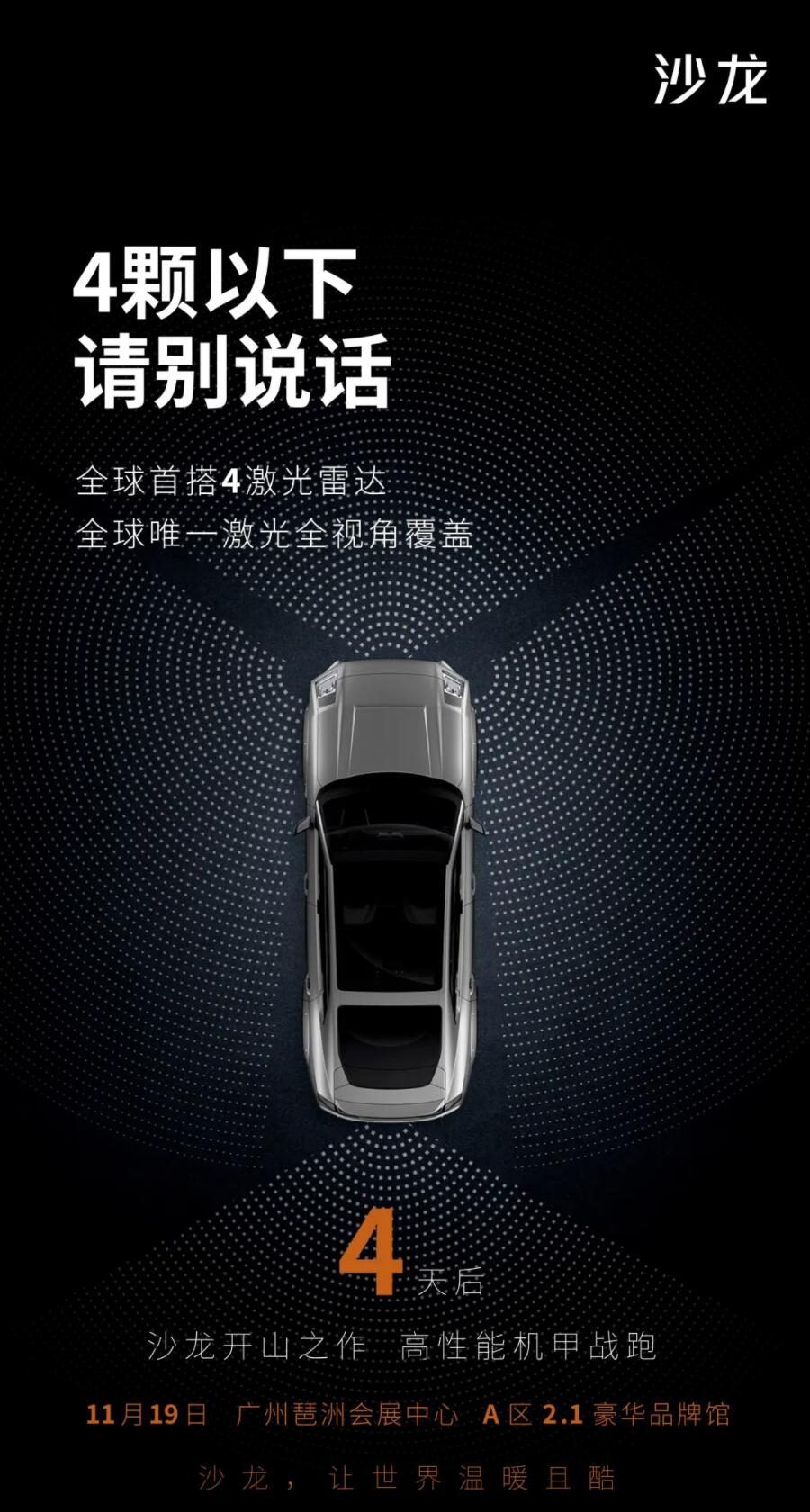 Saloon did not announce a supplier for the LiDAR, but Great Wall Motor said at its December 30, 2020, smart driving strategy launch that it would use LiDARs from German supplier Ibeo.

The company said at the time that it would use Ibeo's model NEXT, a pure solid-state LiDAR, and devoted more than a minute of that presentation to the component.

Ibeo NEXT is capable of transmitting 256,000 dots to a detection area in one second, with a maximum range of 250 meters.

Saloon said Sunday it will unveil its first product, a luxury EV, on the first day of the opening of the Guangzhou Auto Show on November 19.

Saloon released the first teaser image of the model on Sunday, showing the model with a hard-edged design language. The car's silhouette boasts plenty of straight lines, with a waistline that extends all the way to the taillights.

Its door handles appear to remain the same as those of a conventional car, without the hidden design that is currently common among electric car companies. 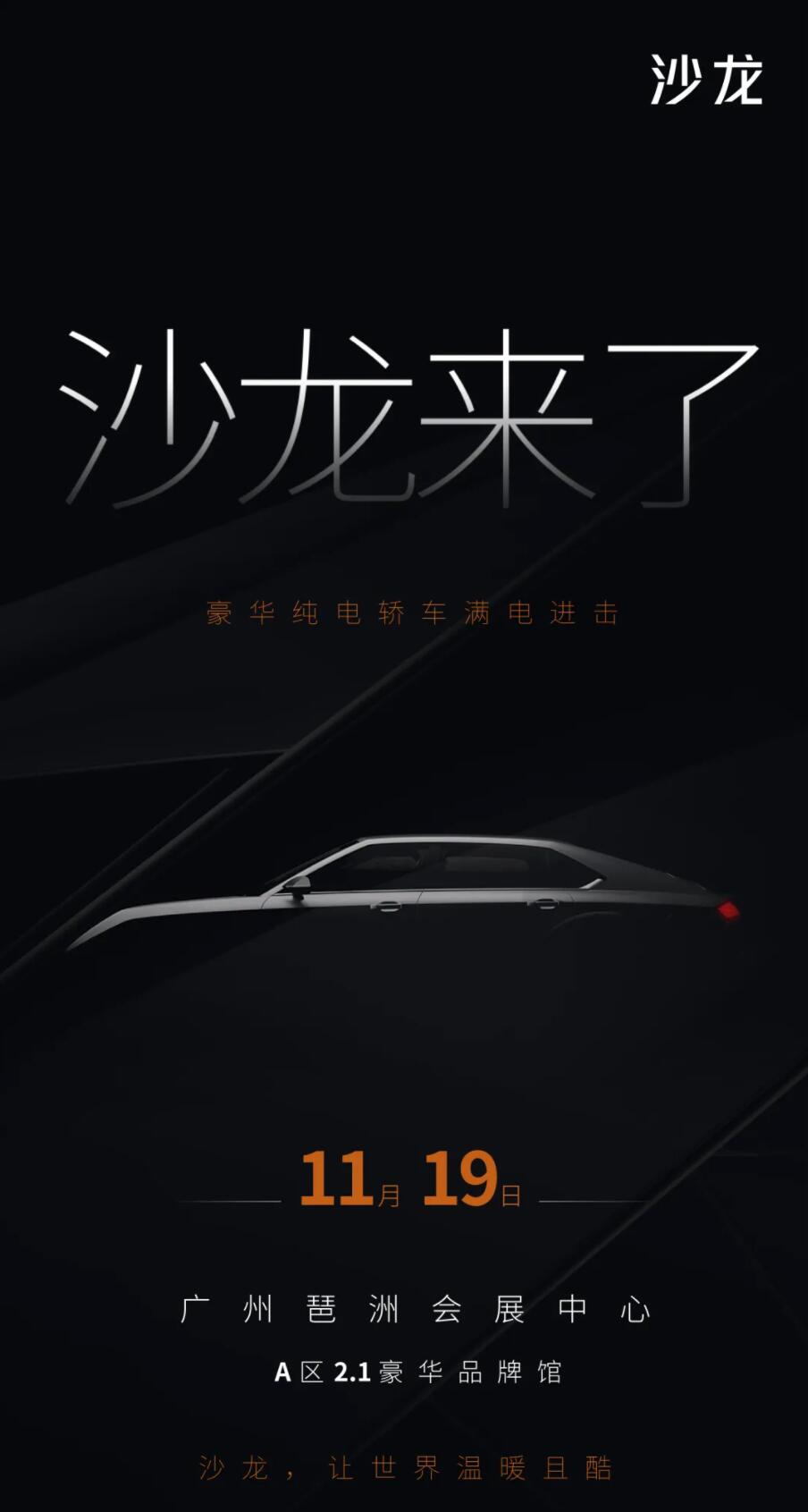 Great Wall Motor has previously said that Saloon's first model, which is expected to go on sale in June 2022, will use its Dayu battery, which it claims will not catch fire.

On June 29, Great Wall Motor unveiled the Dayu battery during its tech festival, claiming that it could effectively solve the problem of fires and explosions following thermal runaway of different chemical system cells.

It is worth mentioning that the company announced at that time that the patent of the battery would be open to the whole industry for free.

Dayu was a tribal leader of the Xia Dynasty in ancient China, whose main achievement was to successfully manage the flooding at that time.

Shan Hongyan, vice president of Great Wall Motor, said the main reason the battery is named Dayu battery is that it adopts a similar concept to Dayu's flood control - dredging.

By 2025, the company aims to sell 4 million vehicles a year worldwide, 80 percent of which will be new energy vehicles, the company said.

Great Wall Motor reported earlier this month that its EV brand, Ora, sold 13,235 vehicles in October, up 65 percent from a year earlier and up about 4 percent from September.