The V1500M is powered by an all-electric system and has a maximum passenger capacity of 3-4 people and a range of up to 250 km. 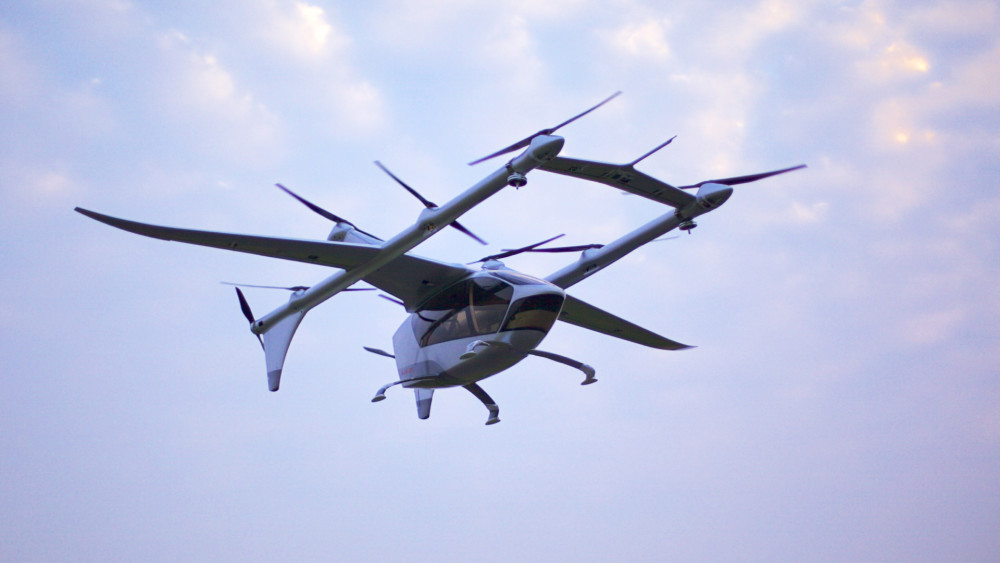 Although China's low-altitude airspace remains heavily regulated, a number of companies are already bullish on the opportunities in the sector.

The V1500M is equipped with a purely electric power system. It has a maximum takeoff weight of 1,500 kg, a maximum passenger capacity of 3-4 people and a maximum flight range of 250 km.

The configuration combines high efficiency, long range and a simple configuration to meet the redundancy requirements of aviation safety standards, the company said.

Autoflight will soon initiate fixed-wing transition testing of the V1500M to verify the transition from rotary to fixed-wing flight mode.

After it passes various test flight tests, it will move full speed ahead with the V1500M and aim to achieve airworthiness certification in 2024, the company said.

Autoflight was founded on September 26, 2019, to engage in the design, development, manufacture and service of flying vehicles. Its research and development headquarters was established in 2017.

On September 18, Autoflight announced the closing of a $100 million Series A round of funding, the largest single round of funding received by a Chinese eVTOL company at the time.

However, on October 19, HT Aero (Xiaopeng Huitian), a technology unit majority-owned by XPeng Motors and CEO He Xiaopeng, broke that record by announcing the closing of more than $500 million in Series A funding.

Currently, Autoflight has over 300 employees, including more than half of its R&D staff, involved in aircraft design, flight control algorithms, autopilot, AI, avionics, power systems, composites and other areas.

Among them, V400 Albatross has a maximum takeoff weight of 400 kg, a maximum load of 100 kg, and a range of 300 km for the pure electric version, and has become the first pure electric vertical takeoff and landing fixed-wing UAV whose application for airworthiness validation has been officially accepted by the Civil Aviation Administration of China.