NEV penetration in China has come in at about 20 percent, which Deutsche Bank analyst Edison Yu believes indicates a continued acceleration in the adoption curve.

Deutsche Bank has raised its expectations for BEV sales in China this year as the country's new energy vehicle (NEV) sales continued to buck the trend in September.

Yu also expects China's sales of all NEVs, including PHEVs (plugin hybrid), to reach 3 million units this year, in line with estimates from the China Association of Automobile Manufacturers (CAAM) and the China Passenger Car Association (CPCA).

Yu's estimate adjustment is based on data released Tuesday by the CAAM showing that China's NEV sales as a percentage of all vehicle sales, or penetration rate, has come in at about 20 percent, which he believes indicates a continued acceleration in the adoption curve. 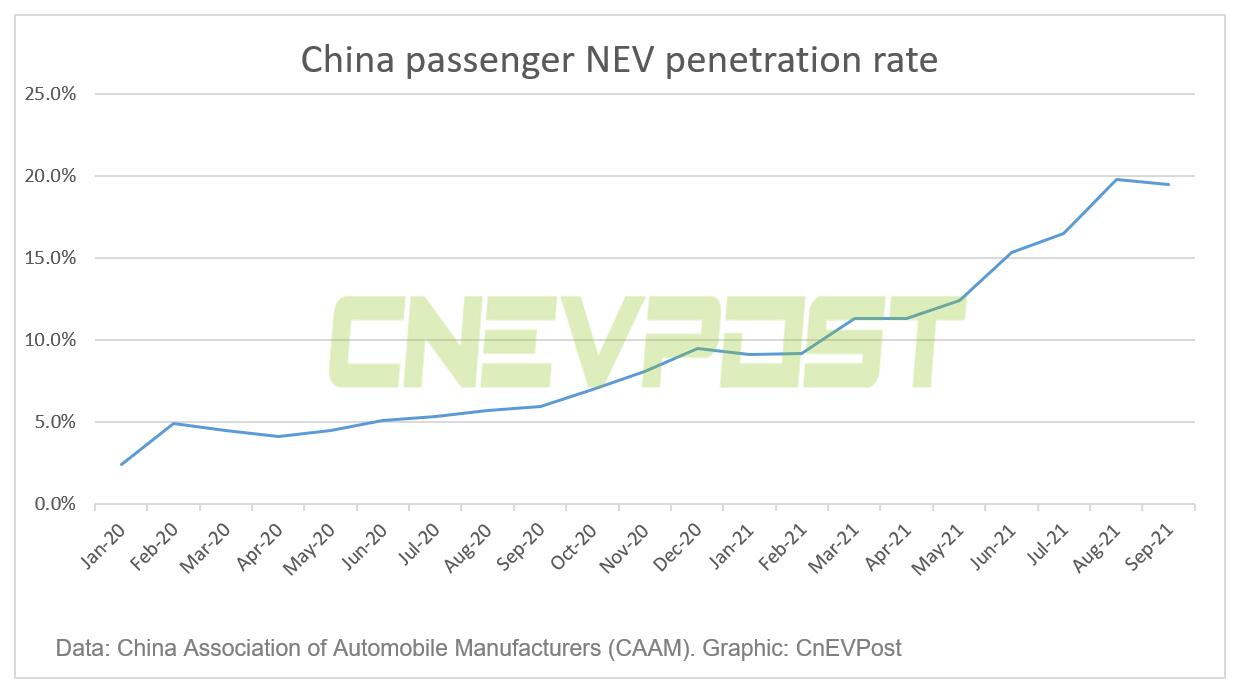 Yu also predicts that BEV sales in China will reach 5 million units in 2022 and more than 9 million in 2025, with penetration reaching 40 percent, double the official Chinese target of 20 percent.

According to China's Ministry of Industry and Information Technology's NEV industry development plan, released on December 3, 2019, China aims to have NEV penetration reach 25 percent by 2025.

While that seemed like an ambitious goal at the time - after all, China's NEV penetration rate was only 5.4 percent in 2020 - the percentage has quickly increased to about 20 percent in September as such models have been rapidly adopted so far this year.

In March, China's NEV penetration rate exceeded 10 percent for the first time, and William Li, founder, chairman and CEO of NIO, said in April that doubling that rate in two years was a sure thing.

While the shift from fuel to electric vehicles is difficult, once consumers accept the shift, they basically won't go back to fuel vehicles, Li said.

NIO delivered a record 10,628 vehicles in September, up 126 percent year-on-year and 81 percent from August.

Deutsche Bank believes NIO may have weathered the worst of the chip shortage caused by the Covid-19 outbreak in Malaysia, setting up for a pivotal 2022 with 3 new models launching, and investor excitement could build up toward year-end, going into NIO Day.

XPeng also surpassed the 10,000 threshold for the first time in September, delivering 10,412 vehicles, up 199 percent year-on-year. Deutsche Bank believes that deliveries of XPeng's new sedan, the P5, will ramp up in the following months, and the company is on track to achieve its goal of 15,000 deliveries in a single month in the fourth quarter.