BYD shares traded in Shenzhen surged in early trading after the latest figures showed it continued to be the top-selling new energy vehicle (NEV) brand in China. 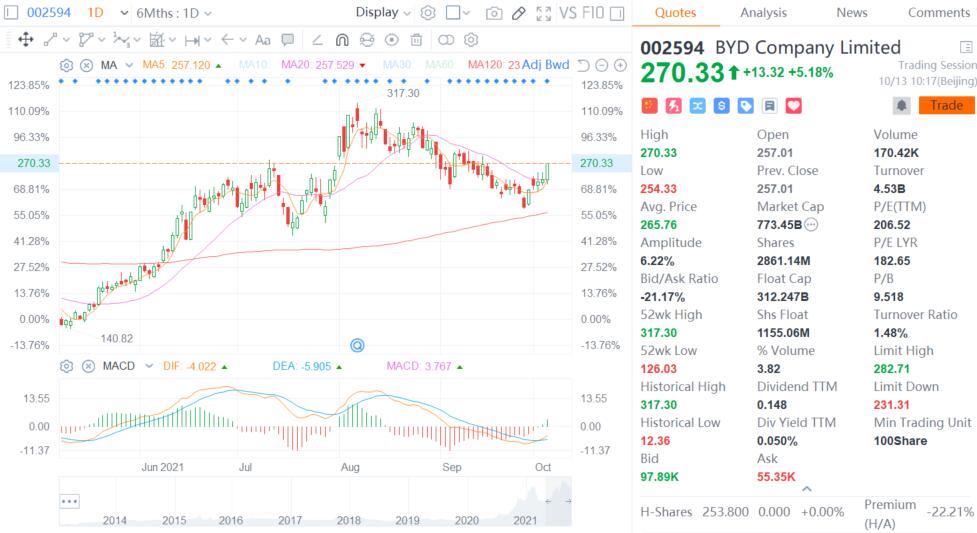 Earlier this month, BYD released figures showing it sold 71,099 NEVs in September, up 258 percent from a year ago and up about 16 percent from August.

From January to September, BYD's new energy vehicle sales were 337,579 units, up 204 percent from a year ago.

BYD's strong sales performance comes at a time when the adoption of NEVs in China is accelerating.

Data released by the CAAM on Tuesday showed China's NEV sales have come to about 20 percent of all vehicle sales.

This indicates that the NEV adoption curve in China continues to accelerate, said Edison Yu, an analyst at Deutsche Bank, in a research note sent to investors on Tuesday.

Join our Telegram group to be alerted the moment we publish an article: t.me/CnEVPost
#BYD#Stocks
0
Comments (0)