The project, with a total investment of RMB 8 billion, also includes a battery workshop with a planned annual capacity of 150,000 sets of batteries. 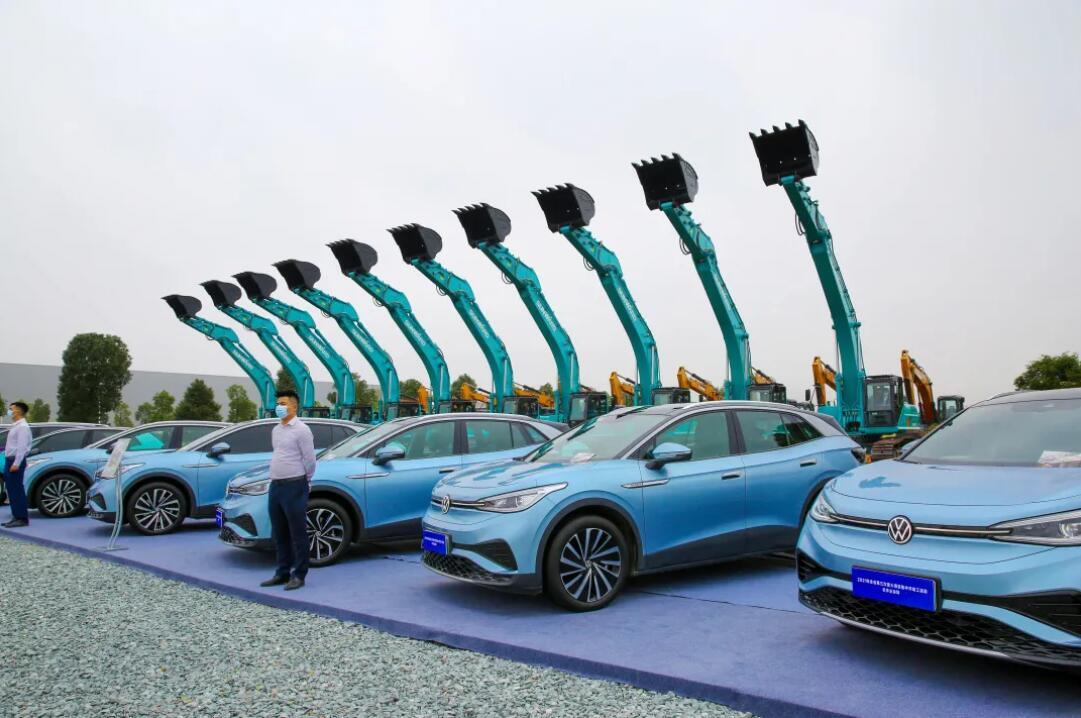 At a time when China's new energy vehicle (NEV) market is developing rapidly, car companies have been accelerating the acquisition of capacity.

On October 8, SAIC-Volkswagen, Volkswagen Group's joint venture with SAIC Motor, started work on a NEV project in Changsha, Hunan province, with a total investment of about 8 billion yuan($1.2 billion), according to information released by the local government.

The project is expected to gradually put into the production of new energy models on the MEB platform from 2024, with an expected capacity of 100,000 vehicles/year.

The project also includes a battery workshop with a planned annual capacity of 150,000 sets of batteries, with space reserved for capacity upgrades.

According to the Volkswagen Group's previously announced target, it plans to increase the share of pure electric vehicles in all new vehicle sales to 50 percent by 2030, with a target of more than 40 percent in the Chinese market.

In addition to the Changsha project, on September 23, VW announced that it will invest more than 140 million euros to set up a battery plant in Hefei, Anhui Province, which has officially started construction and will be put into operation in the second half of 2023.

The plant is the first battery plant wholly owned by VW in China and is adjacent to VW's Anhui MEB plant, which is expected to improve logistics efficiency, reduce costs, and speed up the launch of electric vehicle products.

The initial annual capacity of the Hefei battery plant is planned to reach 150,000-180,000 sets of high-voltage battery systems, all of which will be used for pure electric models produced at VW's Anhui MEB plant.

Join our Telegram group to be alerted the moment we publish an article: t.me/CnEVPost
#SAIC-Volkswagen#SAIC-VW#Volkswagen#VW
0
Comments (0)