Industrial Securities says NIO is expected to reach new levels of deliveries and profitability is expected to improve significantly as the new vehicle cycle kicks off in 2022.

Another Chinese brokerage firm has initiated coverage on NIO stock with a Buy rating.

In a report released earlier this month, Industrial Securities analyst Yu Xiaoli said NIO is expected to reach new levels of deliveries and significantly improve profitability as its new vehicle cycle based on a new platform kicks off in 2022 and new capacity becomes available. 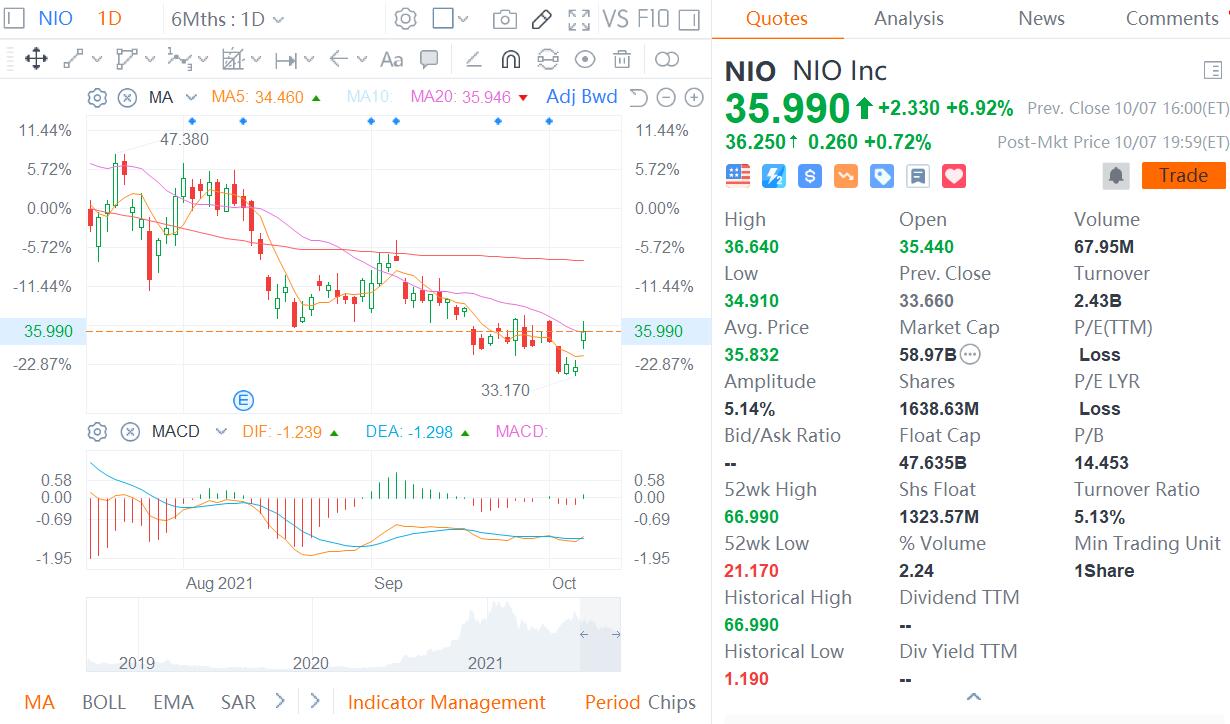 Yu believes NIO is positioning itself in the premium smart electric vehicle market, with the ES8, ES6 and EC6 models all ranking at the top of its segment's pure electric vehicle sales, successfully building a moat for a luxury brand.

NIO will enter the sedan market fully in 2022 with three new models based on the NT2.0 platform, including the mid-size sedan ET7 and a mid-size sedan, all designed to compete with the traditional luxury brands' star models, the report noted.

Based on its vehicle engineering capabilities, cost control capabilities and rapid improvement in supplier bargaining power, the NIO second-generation technology platform is expected to have a gross margin of up to 25 percent, the report said.

On the capacity side, the JAC NIO plant is expanding production and is expected to double its current 120,000-unit annual capacity to 240,000 by early next year at the latest, Yu said.

In addition, NeoPark, a joint project between NIO and the Hefei municipal government, has a long-term capacity plan of 1 million units per year, with 300,000 capacity expected to be available by the end of 2022, Yu noted.

"We believe that along with the start of the company's new vehicle cycle based on the new platform and the landing of new capacity in 2022, NIO's deliveries are expected to reach a new level and profitability is expected to improve significantly," the report reads.

Yu also believes that NIO's body-battery separation model, comprehensive energy replenishment network, and after-sales interaction with customers throughout the vehicle lifecycle, combined with its differentiated vehicle purchase and use experience, build the company's core brand strengths at this stage.

These characteristics can form the company's core product competitiveness, support its product premium, and are expected to bring high growth in non-vehicle sales revenue, Yu said.

Yu is also bullish on NIO's move into overseas markets and the launch of a new brand for the mass market, saying it will significantly expand its market space and jumpstart new sales growth.