GAC Aion said it received orders for 19,709 units in September, another record high.

GAC Aion, the new energy vehicle brand of GAC Group, said Friday it sold 13,586 units in September, up 124 percent from a year earlier and up about 17 percent from August.

GAC Aion received orders for 19,709 units in September, another record high, it said in a WeChat post. 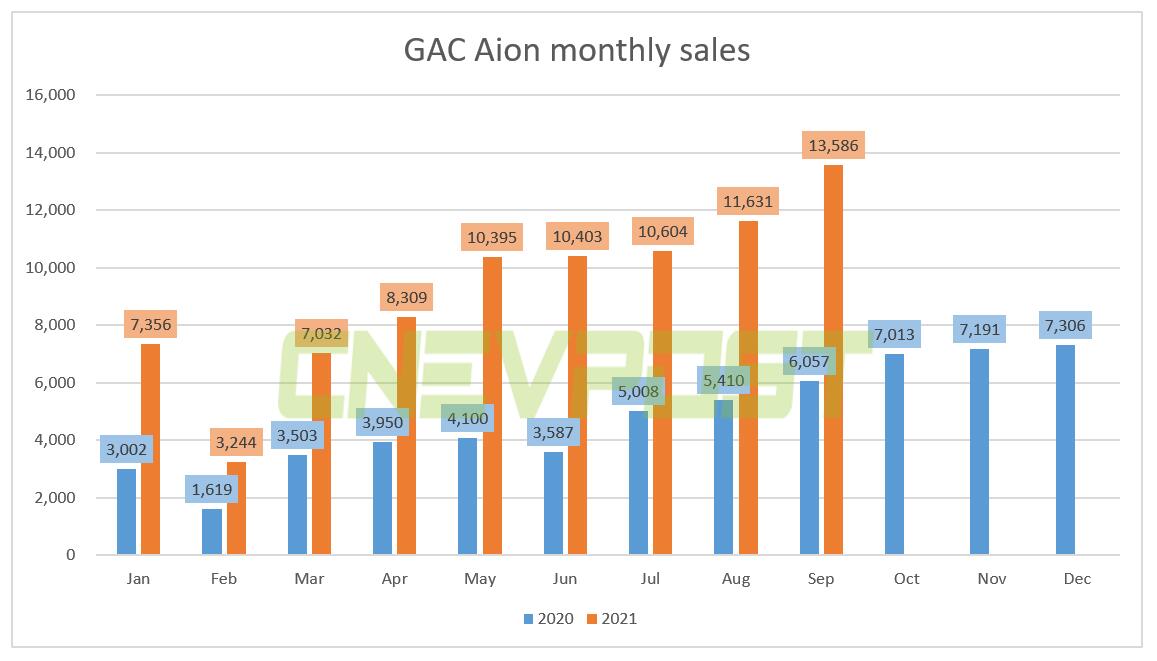 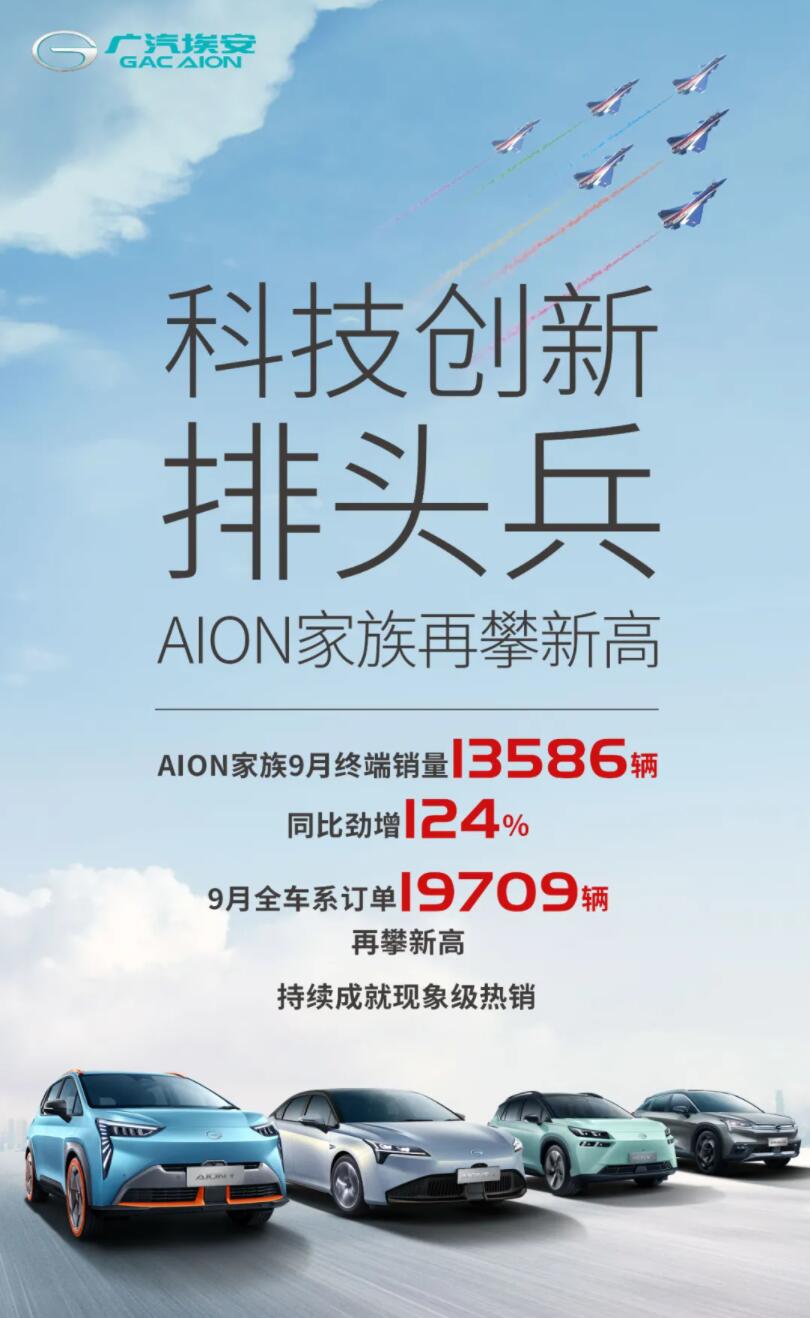 Interestingly, GAC Group's production and sales update released on the Shanghai Stock Exchange showed that GAC Aion sold 13,581 units in September, up about 96 percent from 6,930 units in the same month last year. 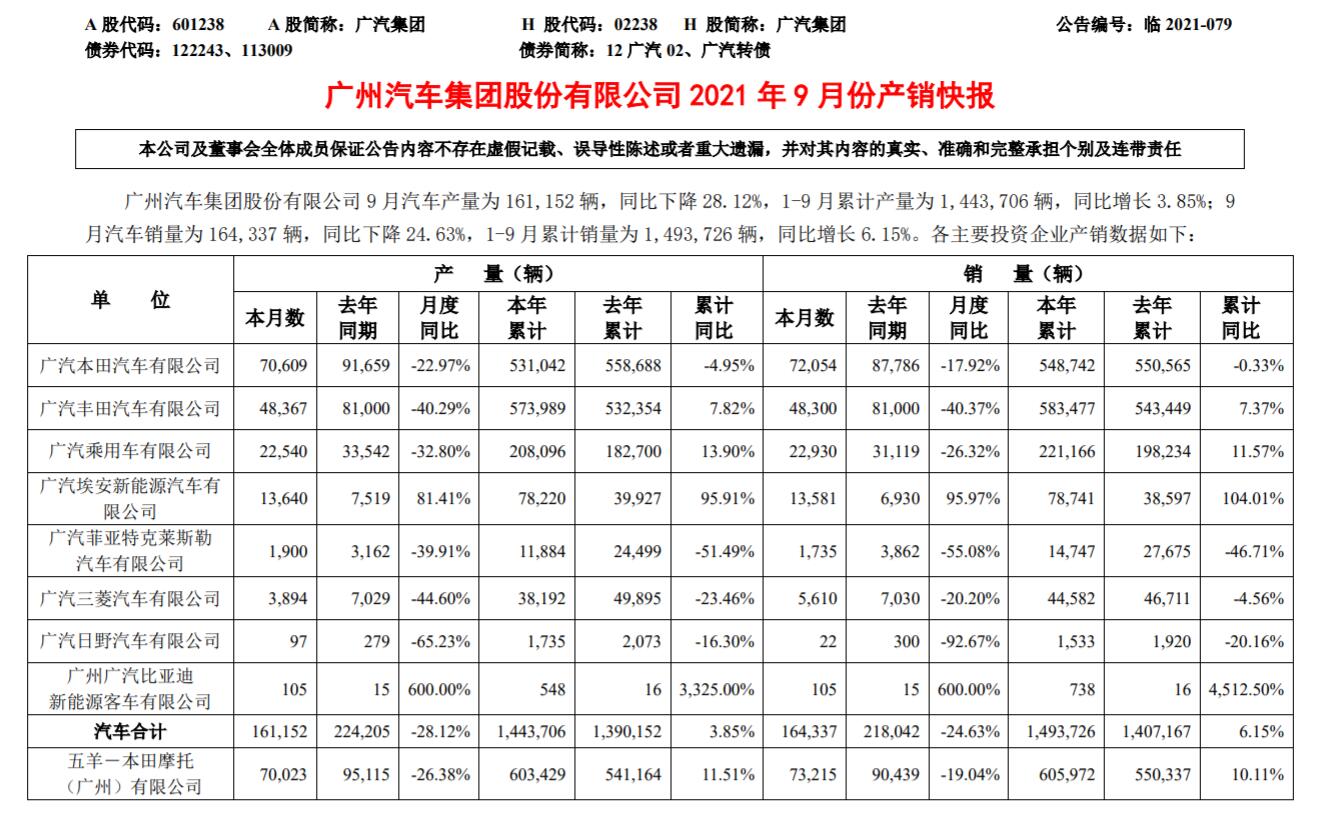 GAC Aion was founded in 2017, and in November 2020, GAC announced that the Aion brand would operate independently, positioning itself as a premium smart EV brand and releasing the Aion Y model, an all-electric SUV.

GAC Aion will increase its share capital and bring in strategic investors, and actively seek to go public at an appropriate time, according to an announcement made by GAC Group in late August.

GAC will reorganize and integrate GAC Aion's new energy vehicle business and assets and promote the reform of its shareholding structure, the announcement said.

Join our Telegram group to be alerted the moment we publish an article: t.me/CnEVPost
#Deliveries#GAC Aion
1
Comments (0)