"Watch out, J Capital Research. It's not the first time you have made a fool of yourself," Faraday Future founder Jia Yueting wrote in both Chinese and English.

After being targeted by short-seller J Capital Research, Faraday Future has refuted it.

Faraday Future founder Jia Yueting said in its WeChat update that J Capital Research's allegations are "Same nonsense, nothing more than a hash of old news," according to local media outlet Aicaijing.

"Watch out, J Capital Research. It's not the first time you have made a fool of yourself," Jia wrote in both Chinese and English.

"See you in July 2022 in Hanford, California. See you on the New Species birthday," he added. 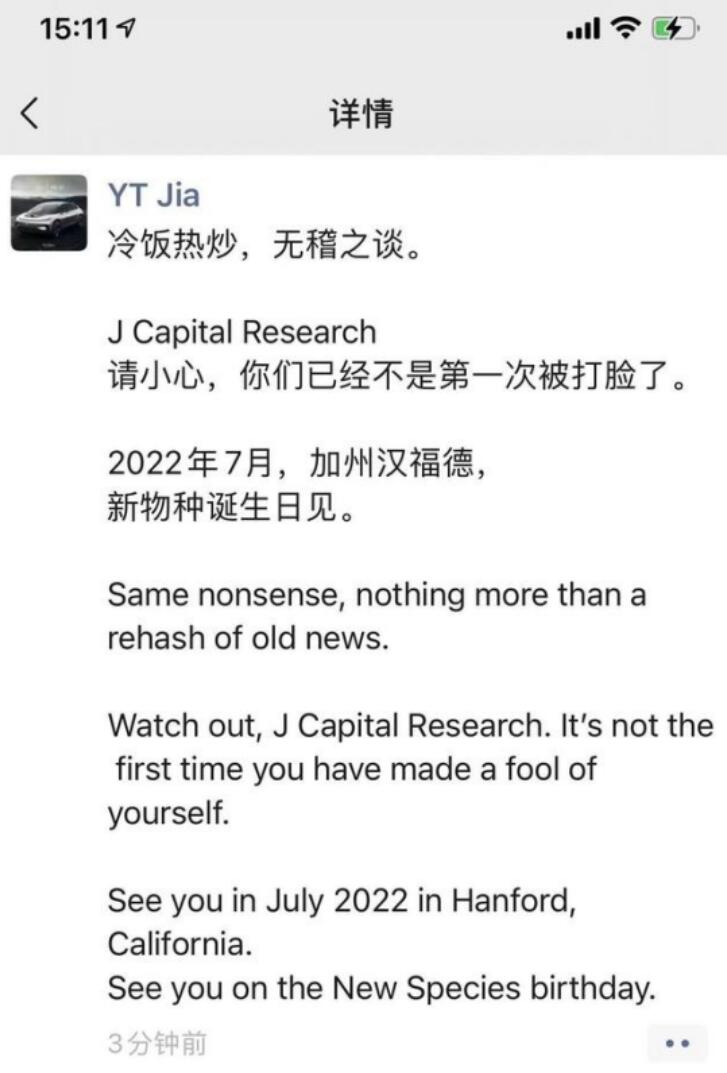 Separately, cls.cn quoted Faraday Future sources as saying that J Capital Research's short-selling report was full of misleading information that lacked logic and was not based on facts.

Faraday Future expressed disappointment and condemned the agency's irresponsible behavior and will reserve the right to pursue legal action against such false allegations, the source said.

The first paragraph of the report reads:

Faraday Future went public on the NASDAQ on July 22 through a merger with Property Solutions Acquisition Corp (PSAC), a special purpose acquisition company (SPAC), at an offering price of $13.78.

Join our Telegram group to be alerted the moment we publish an article: t.me/CnEVPost
#Faraday Future#FF#FFIE#Short-selling#Stocks
0
Comments (0)