CICC maintained its Outperform rating on XPeng and reiterated its HK$215 price target on the company's Hong Kong-traded shares.

XPeng Motors' deliveries crossed the 10,000-unit threshold for the first time in September, and top Chinese investment bank CICC sees that as another reason to be bullish on the electric vehicle maker.

XPeng officially launched the new sedan P5 in the middle of last month, and CICC noted that investors are now more concerned about internal competition between the P5 and P7.

However, with the P5's October delivery and production capacity gradually increased, it can continue to tap incremental users to drive its fourth-quarter delivery to a new record high and achieve the company's previously planned single-month 15,000 deliveries, CICC said.

CICC noted that the P7 now accounts for 76.9 percent of sales, and the model's sales and share are expected to increase again, driving revenue growth.

CICC maintained its Outperform rating on XPeng and reiterated its HK$215 price target on the company's Hong Kong-traded shares.

XPeng closed up 5.2 percent to HK$149.80 in Hong Kong on Friday, up more than 11 percent in the past three trading days, with a market capitalization of HK$256.38 billion. 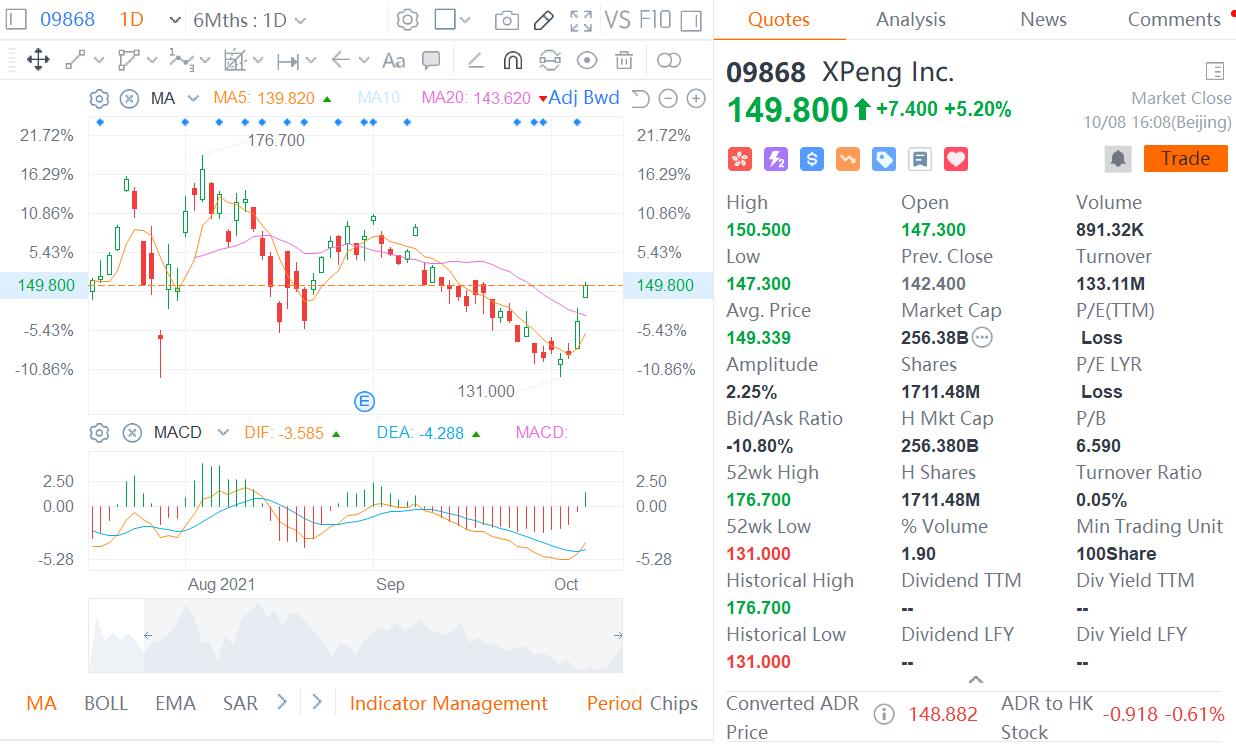 XPeng delivered 10,412 vehicles in September, the first time in its history that it exceeded the 10,000-unit threshold.

It was the fifth consecutive month of record monthly deliveries for XPeng, up 199 percent from a year ago and 44 percent from August, according to data released by the company Friday.

In the third quarter, XPeng's deliveries reached 25,666 units, up 48 percent from the second quarter, with single-quarter deliveries approaching those of all of last year.

Join our Telegram group to be alerted the moment we publish an article: t.me/CnEVPost
#Stock Ratings#XPeng#XPeng Motors
1
Comments (0)