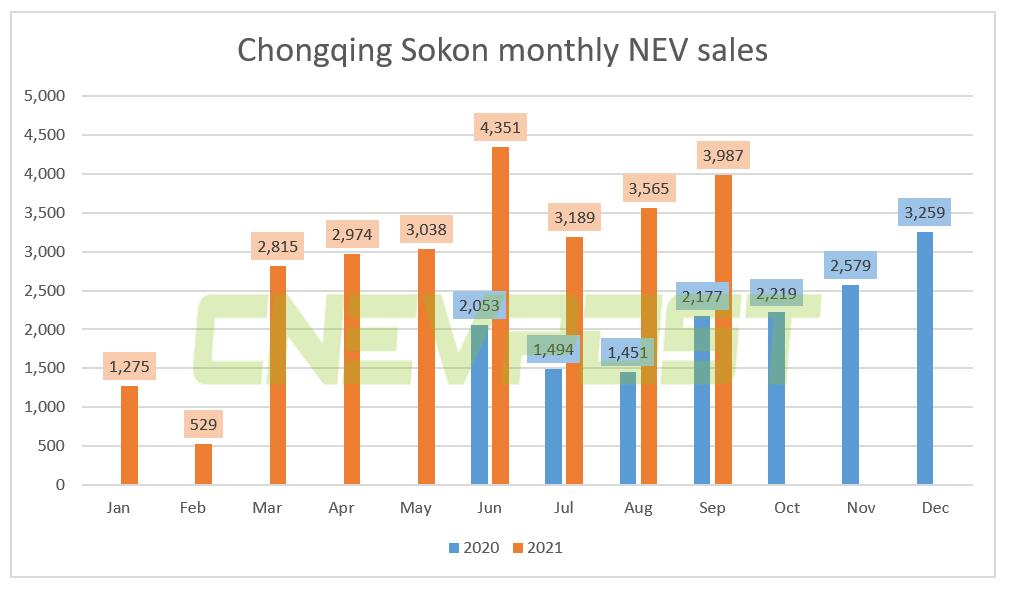 Chongqing Sokon, which has one of its models selected by Huawei for sale in its channel, sold 3,987 new energy vehicles (NEVs) in September, up 83 percent year-on-year and up 12 percent from August.

The company, which is listed on the Shanghai Stock Exchange, filed a production and sales update showing that it sold a total of 25,723 new energy vehicles from January to September, up 111 percent from a year earlier.

Sokon's existing vehicle brands include Seres, Dongfeng Fengguang, and DFSK, and its main products include SUVs, MPVs, and minivans.

The company has been in the spotlight this year because Huawei announced on April 20 that it had officially started selling cars, with the Seres SF5 being the first model to enter its channel.

Pang Hai, Sokon's vice president, and general manager of sales, revealed in 2020 that Seres, its brand, plans to launch no less than seven new models by 2021.

Join our Telegram group to be alerted the moment we publish an article: t.me/CnEVPost
#Chongqing Sokon#Deliveries#Sokon
0
Comments (0)