Sales of BYD's flagship sedan Han reached 10,248 units in September, up 82.6 percent year-on-year and up 13.4 percent from August, according to figures released by the company today. 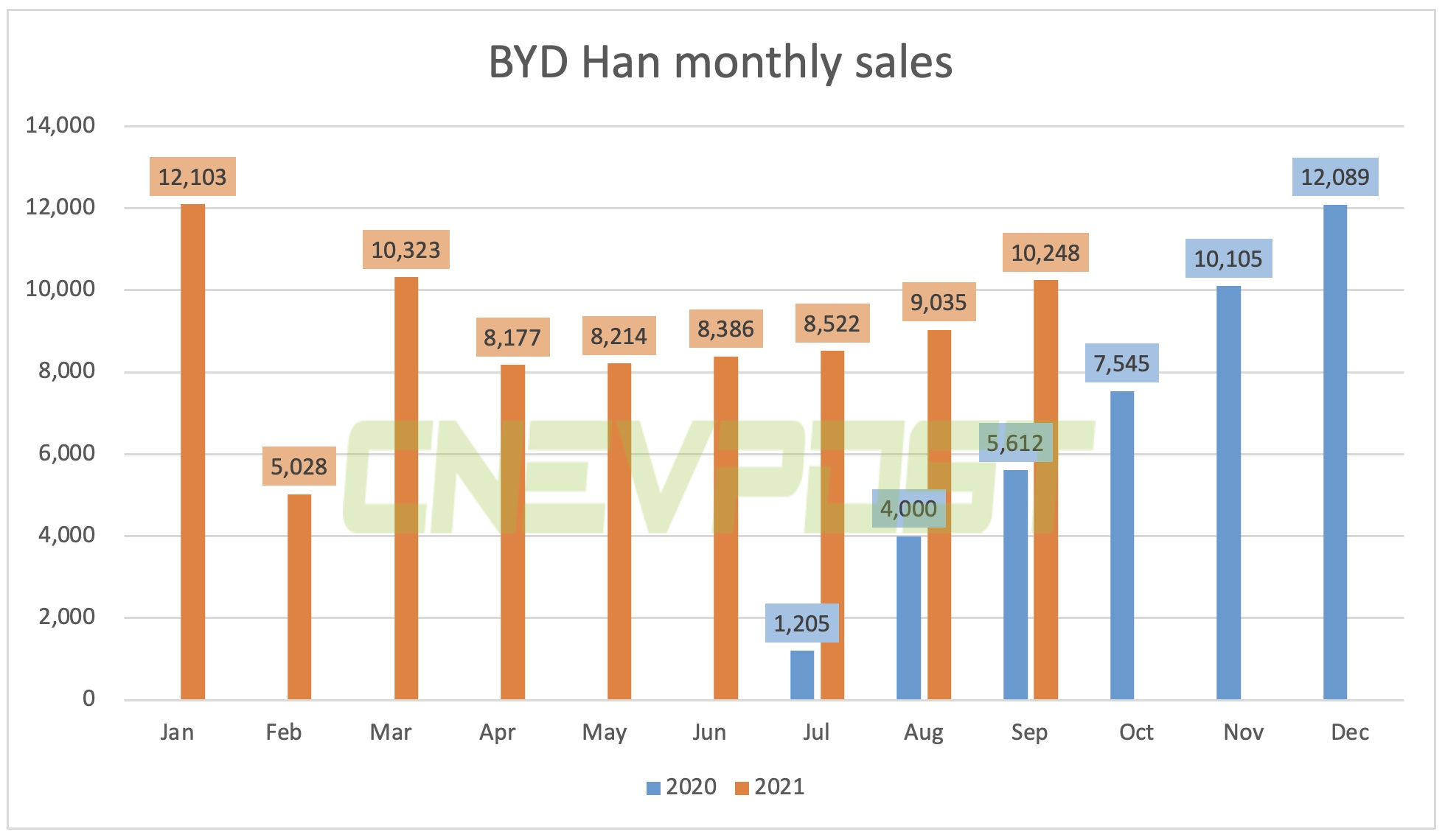 BYD Han went on sale in July last year and includes the Han EV, an all-electric version with an NEDC range of 605 kilometers, and the Han DM, a hybrid model with a range of only 81 kilometers on pure electric power.

BYD Han sold 27,805 units in the third quarter, up 157.0 percent year-on-year, and cumulative sales since its launch exceeded 120,000 units, according to the company.

BYD sold 71,099 new energy vehicles in September, up 258 percent from a year earlier and up about 16 percent from August, according to data released by the company on Sunday.

That includes 70,022 passenger cars, and 1,077 commercial vehicles, the company said in an announcement filed with the Hong Kong Stock Exchange on Sunday.

From January to September, BYD's new energy vehicle sales were 337,579 units, up 204 percent from the same period last year.

Join our Telegram group to be alerted the moment we publish an article: t.me/CnEVPost
#BYD#BYD Han#Deliveries
1
Comments (0)