Home NIO Evergrande and chip shortages: How to understand the drama during China's mid-autumn holiday?

Evergrande and chip shortages: How to understand the drama during China's mid-autumn holiday?

Monday and Tuesday were the Mid-Autumn Festival holiday in China, but stocks of Chinese electric car companies plunged in the US amid Evergrande's debt problems and renewed fears of shortages of automotive chips.

NIO and XPeng Motors both fell 6.2 percent on Monday, while Li Auto dropped 7.49 percent. The latter two rebounded slightly on Tuesday by less than 1 percent, with NIO down 0.77 percent. 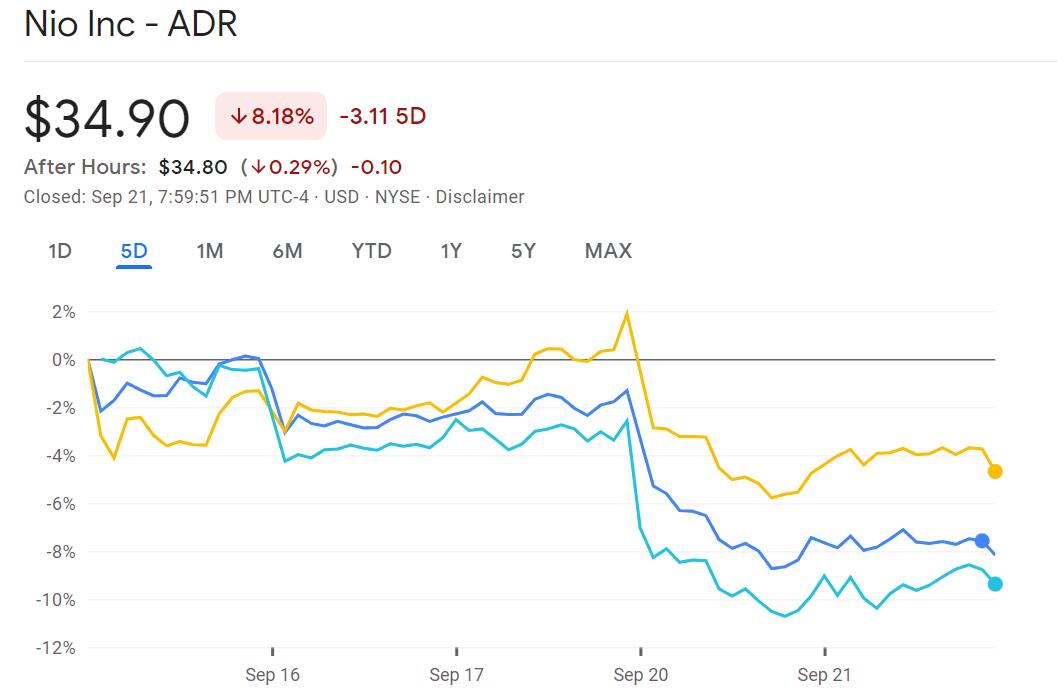 How to make sense of all this drama during the Chinese holiday? Edison Yu, an analyst at Deutsche Bank, gave his take in a research note sent to investors on Tuesday:

We wish everyone a Happy Mid-Autumn Festival! Despite the holiday, there was a lot of activity coming out of China, primarily driven by liquidity concerns surrounding Evergrande. This has raised issues about broader contagion which our macro colleagues have written about (To scale "the Great Wall of worry" will require a China policy "put").

We note Evergrande NEV (708-HK) is 65% owned by parent Evergrande Group (3333-HK) and has seen its stock drop >90% since April. In the past month, Evergrande Group has been looking to sell its stake (or at least partial portion) including having preliminary discussions with Xiaomi who is looking to grow aggressively in EVs.

Following comments by the government that it wants more consolidation in the industry, we would not be surprised to see automakers join forces or even give up on China to some extent (e.g., Hyundai, PSA/FCA). However, we don't expect consolidation to occur too quickly given importance of preserving jobs and plentiful local government funding resources.

Li Auto attributed the shortfall to the production of chips related to a millimeter-wave radar supplier in Malaysia. While plants have partially opened up after COVID lock downs, the new Li ONE is using dedicated chips for its 5th generation millimeter wave radar which have been slower to ramp up compared to general purpose chips.

Join our Telegram group to be alerted the moment we publish an article: t.me/CnEVPost
#Li Auto#NIO#XPeng
1
Comments (0)