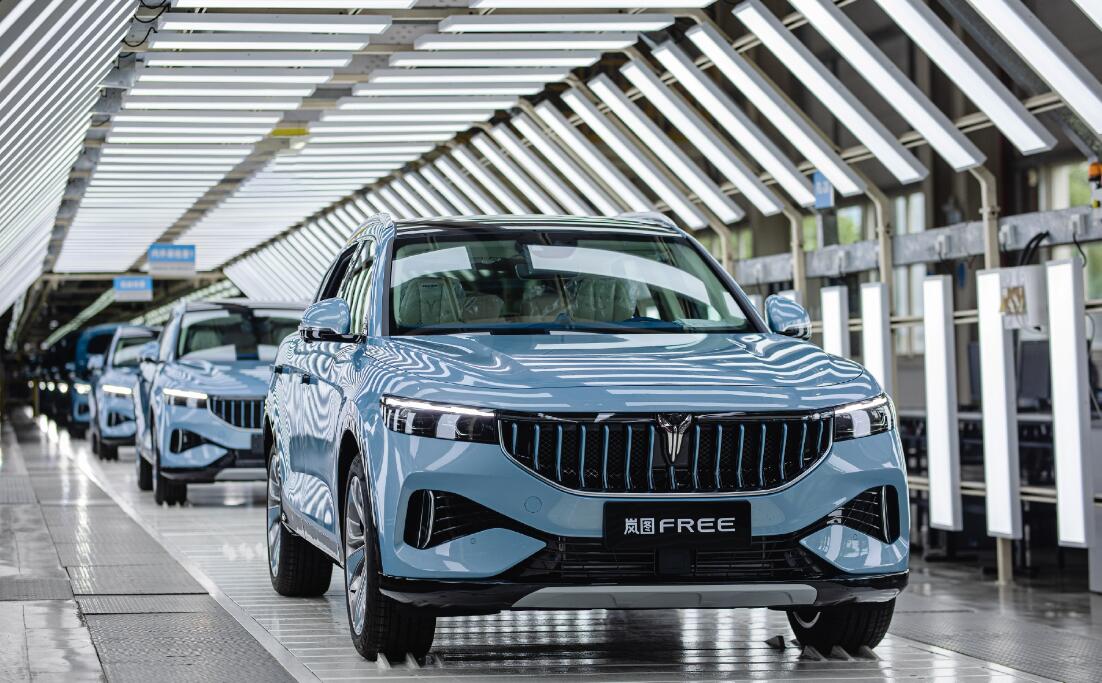 The chart posted by the blogger, citing data from the China Automotive Technology and Research Center (CATARC), shows that the Li ONE was the top-selling premium electric SUV in China in August, with 9,394 units. 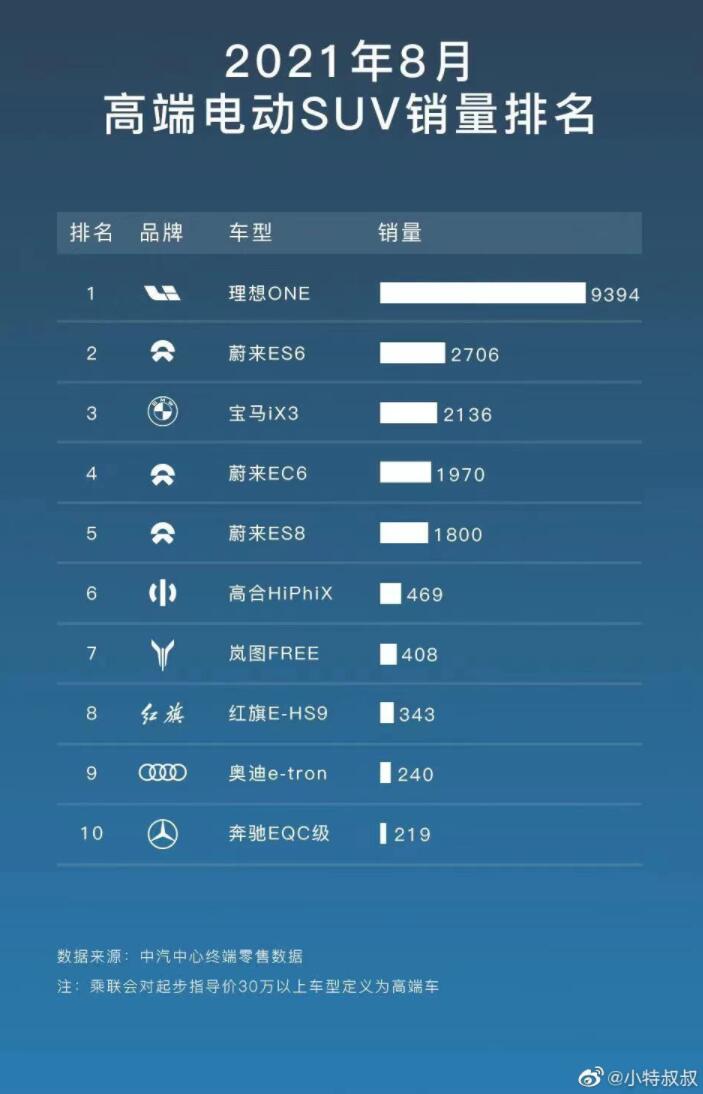 The chart shows that the Voyah FREE is in 7th place for deliveries of premium electric SUVs in August, ahead of the Hongqi E-HS9 at 343, the Audi e-tron at 240 and the Mercedes EQC at 219.

The Voyah FREE rolled off the production line in mass production on June 30.

In early July, Voyah announced it would enter overseas markets, but did not reveal which country it intended to enter first.

Voyah CEO Lu Fang said that Chinese cars have the strength and confidence to level with the world, and Voyah is fully preparing to run to the vast international market while continuing to develop the domestic market, and is committed to becoming a high-end electric vehicle leader.

Starting in 2021, Voyah will bring at least one new vehicle to the market each year. Over the next five years, Voyah products will cover the sedan, SUV, and MPV markets, the company previously said.

Join our Telegram group to be alerted the moment we publish an article: t.me/CnEVPost
#Deliveries#Voyah#Voyah FREE
0
Comments (0)