Lei Jun, the founder, chairman and CEO of Chinese smartphone giant Xiaomi, recently visited China FAW Group in the northeastern province of Jilin for in-depth talks on a partnership.

The information was published on the website of the Jilin provincial government on Saturday, saying that the province's top officials, including Jing Junhai, secretary of the Jilin Provincial Committee of the Communist Party, and Han Jun, governor of Jilin, met with the Lei's team.

Jing said Jilin has a strong industrial base, scientific research strength and talent pool, and the two sides have broad prospects for cooperation in modern new automobile manufacturing and other fields. 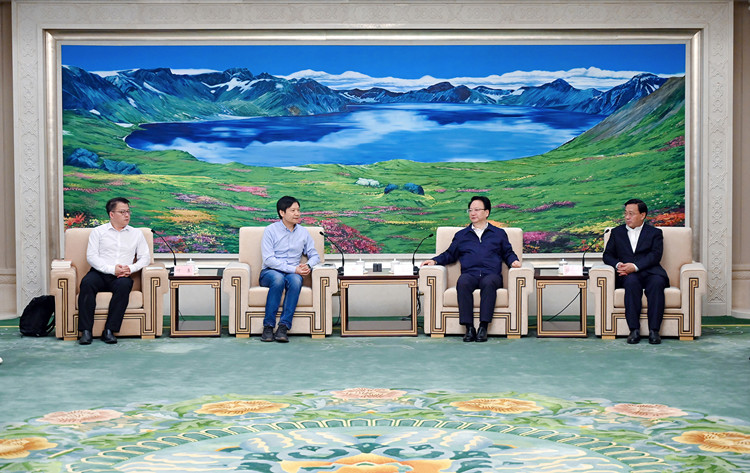 On March 30, Xiaomi announced on the Hong Kong Stock Exchange that it plans to establish a wholly-owned subsidiary to take charge of the intelligent electric vehicle business.

Xiaomi's initial investment in the automotive business will be RMB 10 billion, with an expected investment of $10 billion over the next 10 years.

Xiaomi's automotive business officially completed its company registration in China on September 1 with a registered capital of RMB 10 billion.

Xiaomi's car business has big ambitions, with plans to launch its first model in the first half of 2024 and a new vehicle in each of the following three years, 36kr.com said Friday, citing people familiar with the matter.

Citing industry sources who contacted Lei, the report said Lei realized that competition would be fierce when Xiaomi's car was introduced, so he decided to enter the market with a "BOM (bill of materials) loss of 10 percent.