Auto stocks in China's A-share market have performed well this year, but SAIC Group, the largest local car company, has lagged behind, forcing the company to come up with a new share buyback plan.

SAIC announced Thursday that it plans to spend RMB 1.5 billion ($233 million) to RMB 3 billion to buy back shares within the next year at a price not exceeding RMB 28.91 per share. The company's closing price on Thursday was RMB 20.96.

Based on the expected repurchase upper limit, the company will buy back up to 100 million shares, accounting for about 0.89 percent of its total share capital.

SAIC said the move is based on confidence in the company's continued future growth and recognition of its value, safeguarding shareholders' interests and strengthening investor confidence.

The repurchased shares will be used for employee stock ownership plans or equity incentives, the company said.

SAIC disclosed a buyback round in July last year. That buyback period expired in January this year, and it spent a total of 2.247 billion yuan to buy back about 100 million shares, accounting for 0.93 percent of the company's total share capital, at an average price of 20.78 yuan per share.

By Thursday's close, the company's shares were down 12 percent this year. BYD, by comparison, rose 40 percent in the same period. 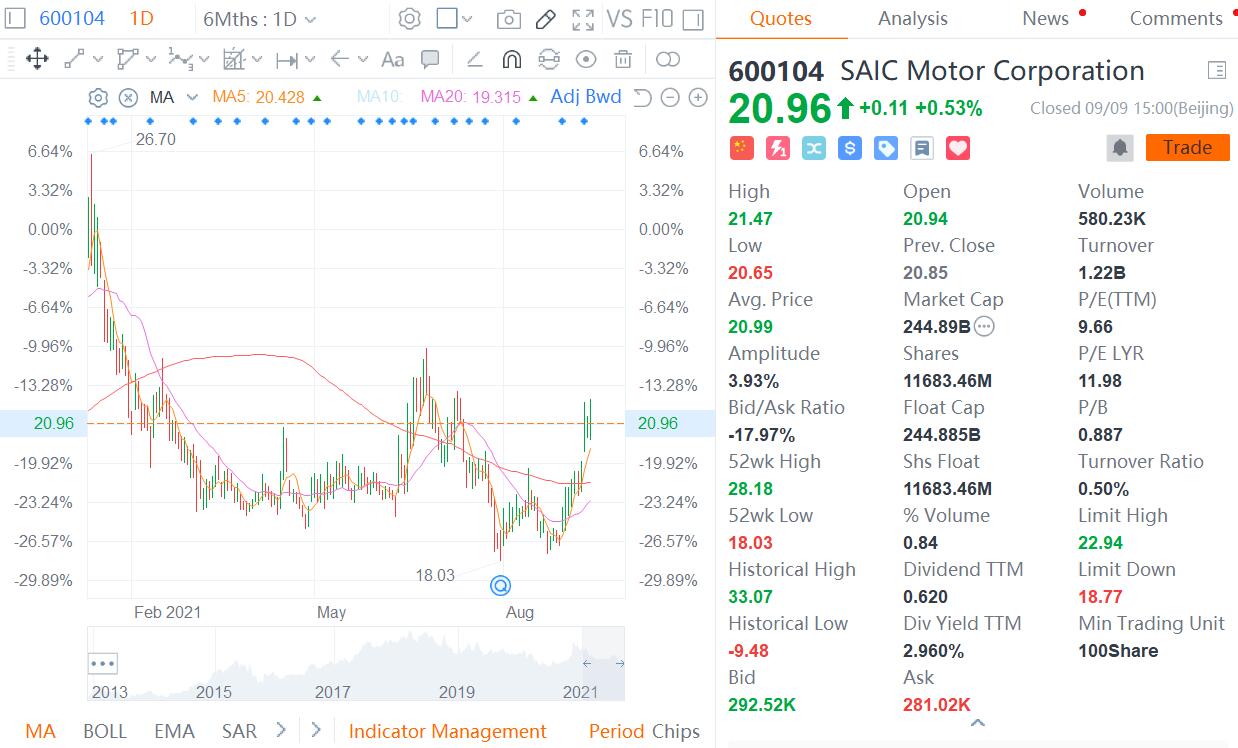 Early last month, as BYD's deliveries rose in tandem with its share price, there were rumors that the company might buy SAIC's passenger car business. The latter denied this.

China Securities Journal at the time quoted SAIC investor relations sources as saying such a thing was not possible and that the trend was to have its own new energy brand.

As for SAIC's production progress in the new energy vehicle sector, the source said the company's high-end electric vehicle brand IM Motors will deliver its first product, the L7, by the end of this year, and another electric brand, the R brand, will have two more models next year.

SAIC said that the share price fluctuations of listed companies are influenced by multiple factors, and the current market value of the company does not fully reflect its proper value.

SAIC will sharply improve the operating performance while strengthening communication with the capital market so that more investors recognize the value of the company, it said.