Explainer: What is the difference between CPCA and CAAM's China auto sales data?

Data for the Chinese auto industry is mainly published by two organizations - the China Passenger Car Association (CPCA) and the China Association of Automobile Manufacturers (CAAM).

The CPCA usually publishes the previous month's auto sales data in the first half of each month, and the CAAM publishes their data 1-2 days later.

The trends presented by the two data are consistent most of the time, but sometimes they may be inconsistent or even differ. 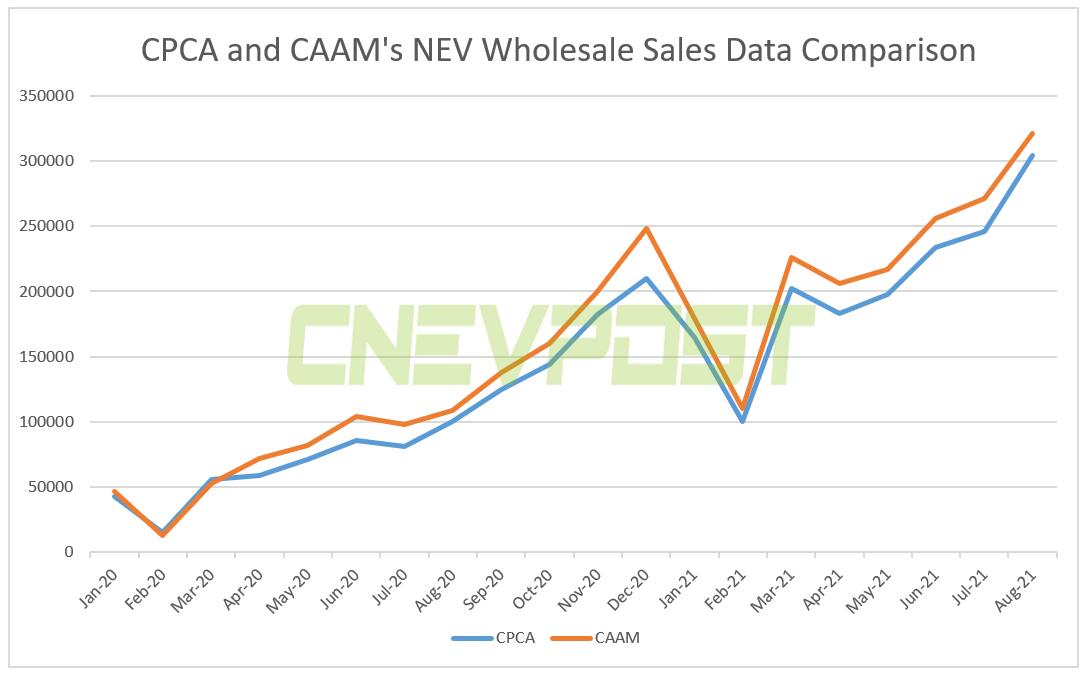 This is due to the differences in data collection methods and the respective priorities of the two.

The CPCA is a social group formed by 139 automakers, and sales data are reported by its members and are divided into wholesale and retail data.

Its sales data includes only passenger cars, not commercial vehicles.

The CPCA places more emphasis on retail data, often using more than half of the text in its overall description of China's auto market in each monthly report it publishes for retail sales.

Because new energy vehicles are a relatively new industry, their data on the sector is dominated by wholesale sales. The CPCA did not release retail sales data for new energy passenger vehicles until September 2020.

The CAAM is an industry self-regulatory organization that is regulated by the Chinese State-owned Assets Supervision and Administration Commission and is more highly regarded by vehicle companies.

As long as the cars are sold to dealers, they can be counted as sales, so the CAAM's car sales data is the wholesale volume.

Compared with the CPCA, the CAAM's data covers a wider range of vehicles, including passenger cars and commercial vehicles.

In terms of breakdown data, the CPCA provides sales data for some vehicle companies, but not for different vehicle categories. The CAAM's data has more breakdown data, including passenger cars, commercial vehicles, sedans, SUVs, MPVs and even semi-tractor trailers.

But the CPCA has been paying more attention to statistics on the new energy vehicle industry, with more content on the industry in the past few months' reports, providing data including wholesale, retail, export, and sales of leading carmakers.

In addition to the CPCA and the CAAM, data from the China Automotive Technology and Research Center (CATARC) is also highly watched.

The CATARC data is based on insurance registrations and is closer to real monthly retail sales, as vehicles must be insured and valid before they can be licensed.

However, the CATARC data is not directly available to the public, and can be purchased by car companies and third-party market research firms.