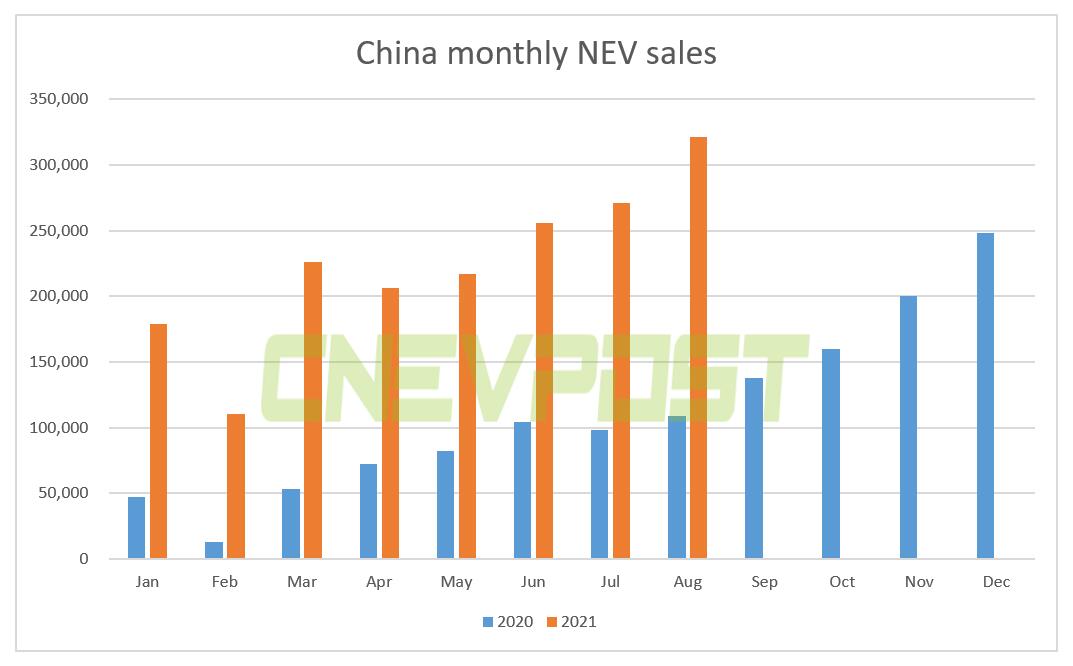 The CAAM said that supply chain risks due to the impact of Covid-19 in China and Malaysia have led to increased pressure on car companies to reduce production. In addition, production and sales volatility is also related to a higher base in the same period last year.

The performance of NEVs continued to be a bright spot in August, as production and sales continued to set new records, both exceeding 300,000 units for the first time, the CAAM said.

NEV penetration increased to a level of nearly 11 percent from January to August, the CAAM said.