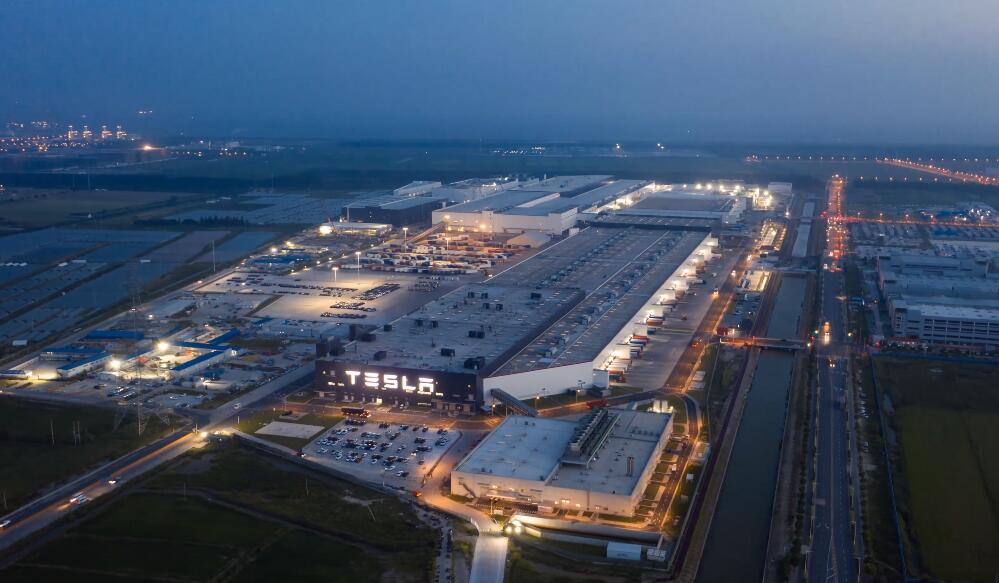 Following the completion of a charging pile production project, the first phase of Tesla's component manufacturing ramp-up project in China has also been completed.

The first phase of Tesla's parts production process upgrade project at its Shanghai Gigafactory was officially completed on September 6, and commissioning began on September 7, with both commissioning and acceptance expected by December 30 of this year, Beijing News reported Thursday.

The project will be completed in two phases, A and B. The first phase of construction includes two powertrain shops, a lower body unibody shop, as well as a motor shop, maintenance shop and energy center, the report said, citing an updated environmental assessment report.

Compared with the previous document, the product program of the project in the latest environmental assessment report has not changed, the Beijing News report noted.

The project is designed to fulfill a commitment to localization to shorten the time it takes for parts to be imported from the US, the report quoted Tesla as saying.

Last month, Xinhua quoted Yuan Guohua, Chairman of Shanghai Lingang Group, as saying that by the end of 2021, Tesla's Shanghai Gigafactory will have about 90 percent of its parts supplied by local suppliers.

Tesla's Shanghai Gigafactory is expected to reach 450,000 units in full-year production in 2021, with cumulative exports of about 66,100 units, which will drive the new energy vehicle industry chain in Lingang, Yuan said.

Tesla China's wholesale sales reached a record 44,264 units in August, up 275 percent from a year earlier and up 34 percent from July, according to data released Wednesday by the China Passenger Car Association (CPCA).

The figures released by the CPCA include Tesla's exports, which stood at 31,379 units. That means Tesla sold 12,885 units in China in August.