NIO's HK listing reportedly may be delayed until next year

NIO's Hong Kong listing could be delayed until next year and the company received inquiries from the Hong Kong Stock Exchange about its structure, including a user trust, according to a Bloomberg report Thursday.

NIO applied for a Hong Kong listing in March, but it is unlikely to happen until early 2022, the report said, citing people familiar with the matter.

NIO said Tuesday that it plans to sell up to $2 billion in total American Depositary Shares (ADSs).

In late July it was reported that NIO submitted an application for a secondary listing in Hong Kong in March, but approval from the HKSE was delayed due to user trust shareholding.

"The core of the user trust is to enable users to enjoy the proceeds from the stock while creating a user ecosystem. The offline ecosystem is the user base of the new carmaker, and the user trust is just one of the options," Lime Auto quoted CMS China analyst Bai Yiyang as saying in late July.

"My personal understanding is that this can be solved by some structured products," he claimed.

NIO shares were lower in pre-market trading, down 2.46 percent at press time. 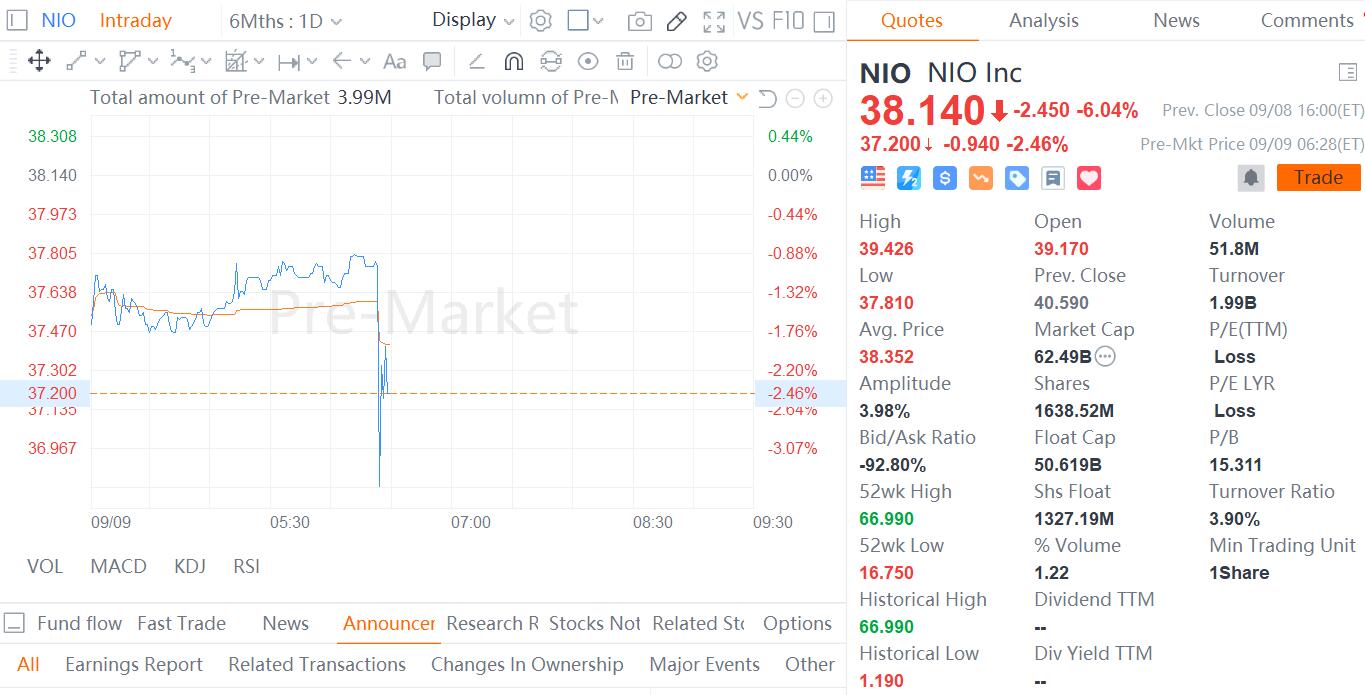