Jianghuai Automobile Group (JAC), NIO's auto manufacturing partner, sold 8,075 electric passenger vehicles in August, up 89 percent from a year earlier and down 33 percent from July, according to data released Wednesday by the company. 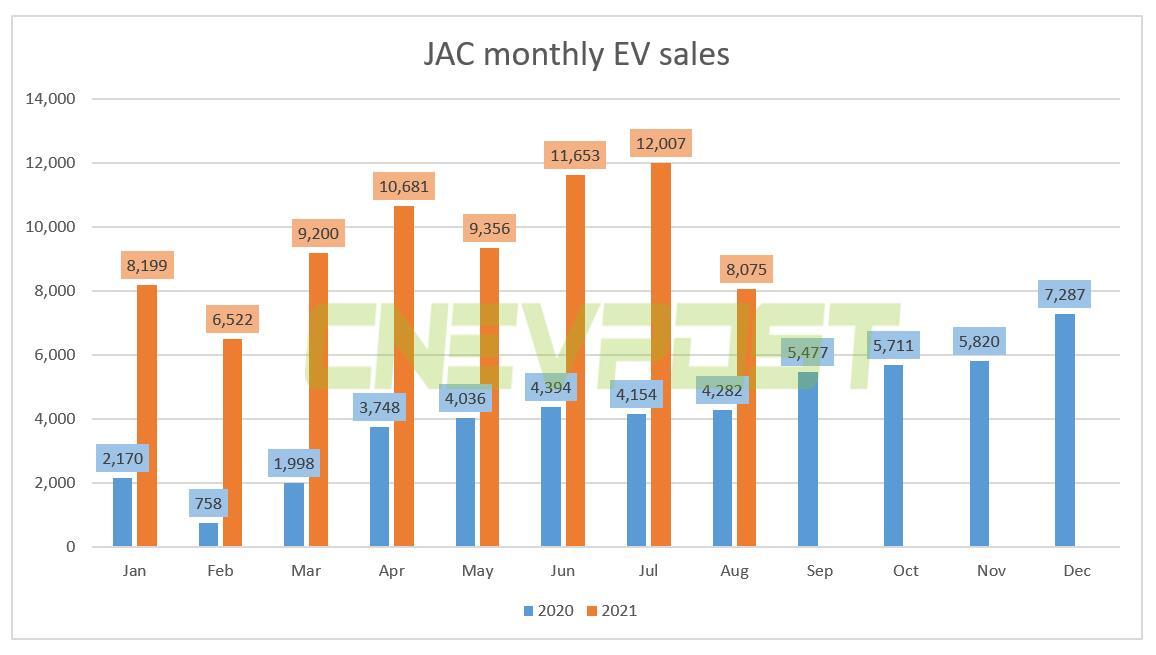 From January to August, the company sold a total of 75,693 electric vehicles (EVs), up 196 percent from a year earlier.

NIO's deliveries in August fell from the previous month due to the severe impact of Covid-19 on its supply chain.