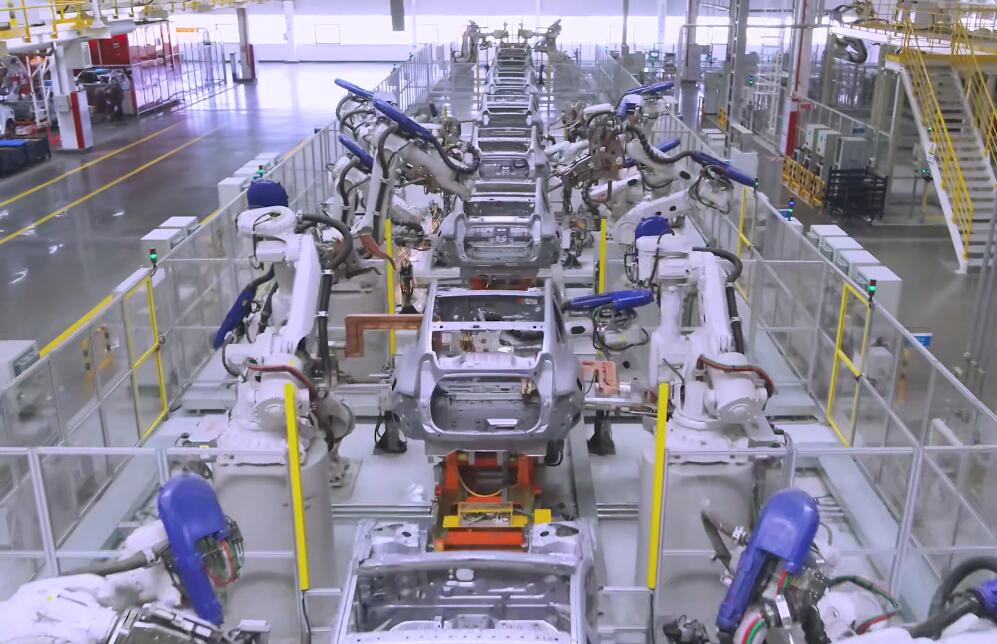 As China's electric vehicle (EV) industry grows rapidly, how to prevent overcapacity has become one of the key tasks for the government.

Chinese regulators are drafting measures to curb overcapacity in the EV industry and channel resources in a more targeted manner to some key production hubs across the country, Bloomberg said Wednesday, citing people familiar with the matter.

Regulators are considering setting minimum capacity utilization limits for the EV industry, and provinces that fail to meet them will not be able to approve new projects until excess capacity is put to use, the report said.

The move is intended to direct car companies to areas with low capacity utilization and to close plants that were built in the past few years but are now in surplus, the report said.

It's worth noting that this is not a totally new regulation of the EV industry in China. Chinese regulators have been keeping a close eye on overcapacity in the auto industry for the past few years.

On December 18, 2018, China's National Development and Reform Commission (NDRC), the top economic planner, released the Regulations on Investment Management in the Automobile Industry, which set strict requirements for provinces in terms of approving EV production projects.

According to the regulations, a province that wants to approve a new stand-alone EV project needs to have an auto capacity utilization rate that is higher than the industry average for the same product category in both of the previous two years.

At the same time, existing new pure electric vehicle production projects in the province were required to be completed and to have an annual production capacity of the design size.

It was at the beginning of the EV industry's imminent take-off in China, with about 100 new players emerging in a short period of time since 2014.

According to a report by 21jingji.com at the time, these new car companies had a planned capacity of 10 million vehicles for 2020, with a total investment of RMB 400 billion.

"Local governments will be more rational in their assessment of a new project, no longer introducing projects blindly and considering local projects more carefully in terms of investment capacity to prevent investment bubbles," the report quoted industry sources as saying.

"Zombie enterprises are still occupying a lot of resources, and the governance in this area should also be accelerated," Wu mentioned.

According to a report released by China Passenger Car Association (CPCA) in February this year, China's overall passenger car capacity utilization rate decreased from 66.55 percent in 2017 to 48.45 percent in 2020, which is already in a serious overcapacity zone.

"During the 14th Five-Year Plan (2021-2025), the Chinese auto industry will need to address the excessive number of enterprises and resolve overcapacity if it is to achieve high-quality development," the CPCA said in the report.