Great Wall Motor sold 12,163 new energy vehicles (NEVs) in August, up 147 percent from a year earlier and 68 percent from July, according to data released by the company on the Shanghai Stock Exchange. 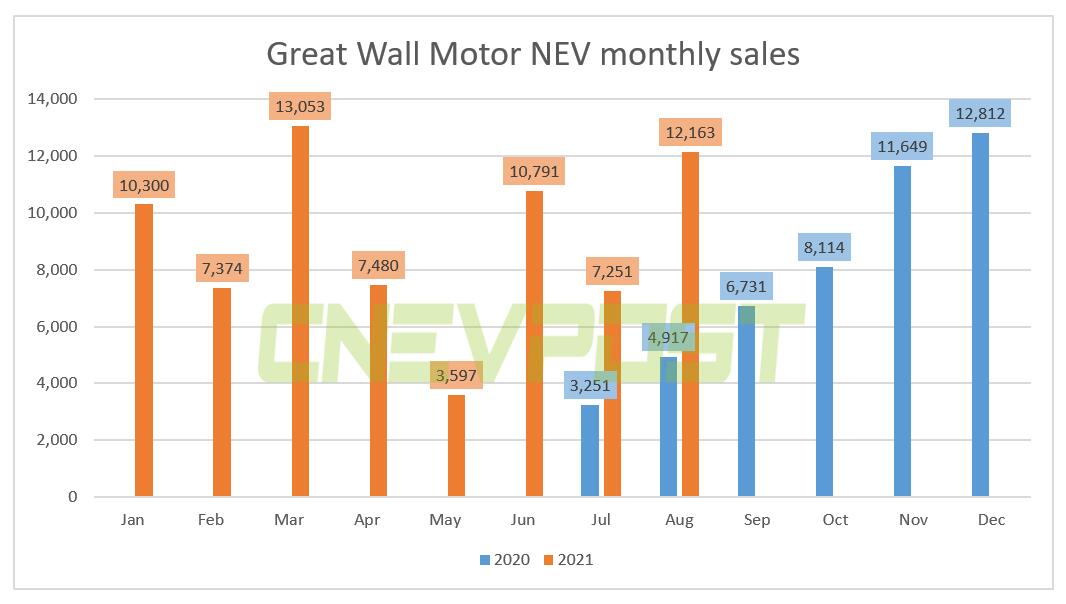 The company said it sold a total of 71,961 NEVs from January to August. It is worth noting, however, that CnEVPost's calculations show that it sold a cumulative total of 72,091 units during that period.

The company's production and sales in August were affected by a sharp drop in the supply of Bosch ESP and other parts due to the Covid-19 in Southeast Asia, it said on its official WeChat account.