Retail sales of new energy passenger vehicles in China reached 249,000 units in August, up 167.5 percent year-on-year and up 12.0 percent from July, according to data released Wednesday by the China Passenger Car Association (CPCA). 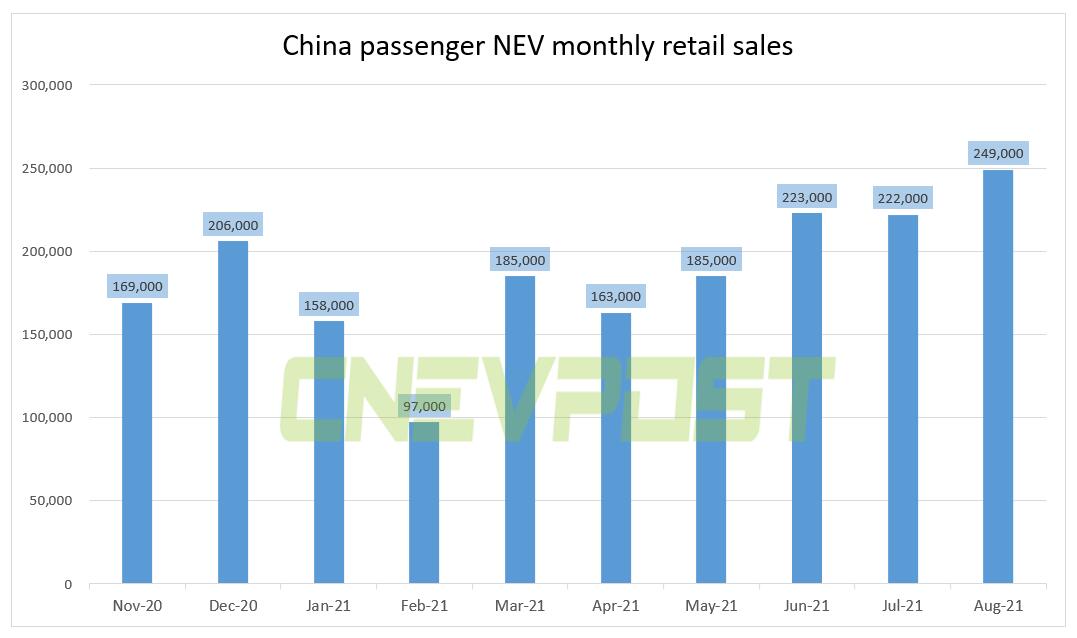 Wholesale sales of new energy passenger vehicles in China reached 304,000 units in August, up 202.3 percent year-on-year and 23.7 percent from July.

Retail sales of new energy vehicles in China from January to August were 1,479,000 units, up 202.1 percent from a year earlier, the data showed.

The sales performance of new energy vehicles contrasts sharply with that of traditional fuel vehicles, realizing the substitution effect on fuel vehicles and pulling the pace of the car market's transition to new energy, the CPCA said.

Retail penetration of new energy vehicles in China, their share of total sales of all vehicles, reached 17.1 percent in August, the CPCA said.

In January-August the ratio was 11.6 percent, a significant increase from the 2020 penetration rate of 5.8 percent, the data showed.

The ratio was 12.8 percent from January to August, a significant increase from 5.8 percent in 2020, the CPCA said.

In August, the penetration rate of wholesale sales of new energy vehicles among local brands was 35 percent, 24.1 percent among luxury vehicles and only 2.7 percent among mainstream joint venture brands.

Wholesale sales of pure electric vehicles in August were 249,000 units, up 200.4 percent year-on-year.

So far in 2021, Belgium is the largest export destination for Chinese cars, the CPCA said.