BYD's sales soared in August, making it one of the few car companies not suffering from a chip shortage. The company's shares traded in Shenzhen surged Monday.

BYD rose 6.84 percent to 271.48 yuan by the close of morning trading Monday. If that rally continues into the close, it would be the stock's biggest one-day gain since August 4.

Notably, stocks in China's new energy vehicle industry have generally pulled back over the past month, with BYD falling 15 percent between August 6 and September 3. 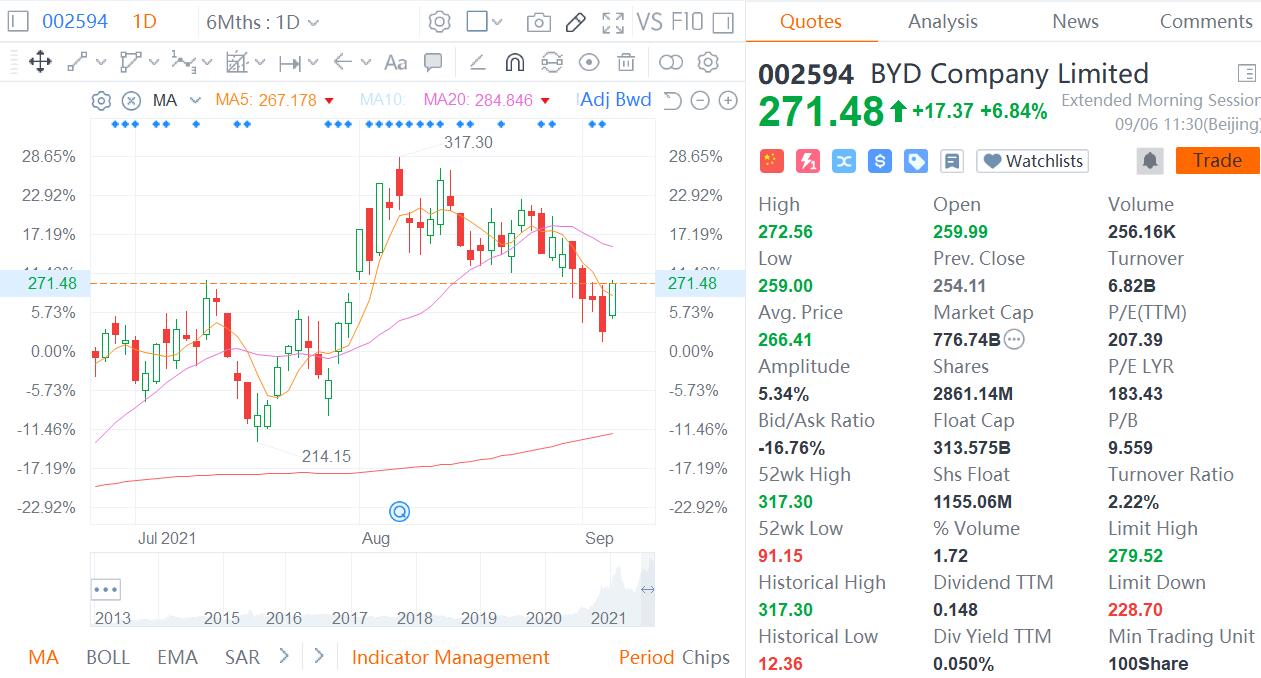 BYD said Friday that it sold 61,409 new energy vehicles in August, up 302 percent from a year ago and about 22 percent from July.

Sales of the BYD Han began last July, with cumulative sales to date at 110,344 units.

Han models include the Han EV, an all-electric version with an NEDC range of 605 km, and the Han DM, a hybrid model with a range of only 81 km on pure electric power.