Foxconn ramps up efforts in NEV industry with new investment

Foxconn, Apple's largest supplier, said Thursday that one of its Shenzhen-based subsidiaries signed an agreement with HengDrive, a local motor manufacturer, to acquire a 63 percent stake in the latter for about RMB 378 million ($60 million).

HengDrive was founded in 2012 and focuses on the development of DC motors, permanent magnet synchronous motors and drive controllers.

According to the transaction price adjustment mechanism, the valuation will be adjusted downward if HengDrive's audited net profit in 2021 is less than RMB 27 million.

Foxconn said the purpose of the acquisition is to increase its presence in the field of new energy vehicles and help its products move upstream to components.

At the previous presentation of the company's semi-annual results, Jack Cheng, former NIO co-founder and CEO of MIH Alliance, Foxconn's new open software and hardware platform for developing EVs, said new energy vehicles will be upgraded in the direction of electrification, networking and intelligence, and the company is targeting three areas - electric drive and electric control, connected vehicle intelligent vehicle and industrial internet. 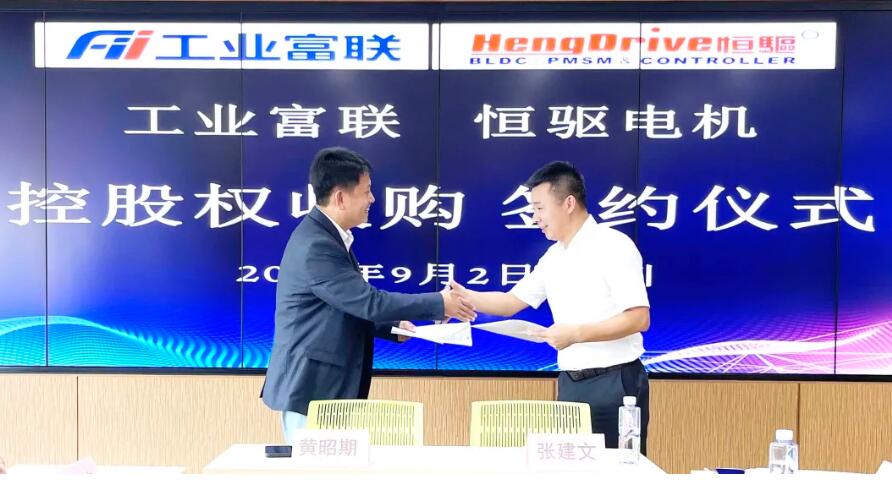