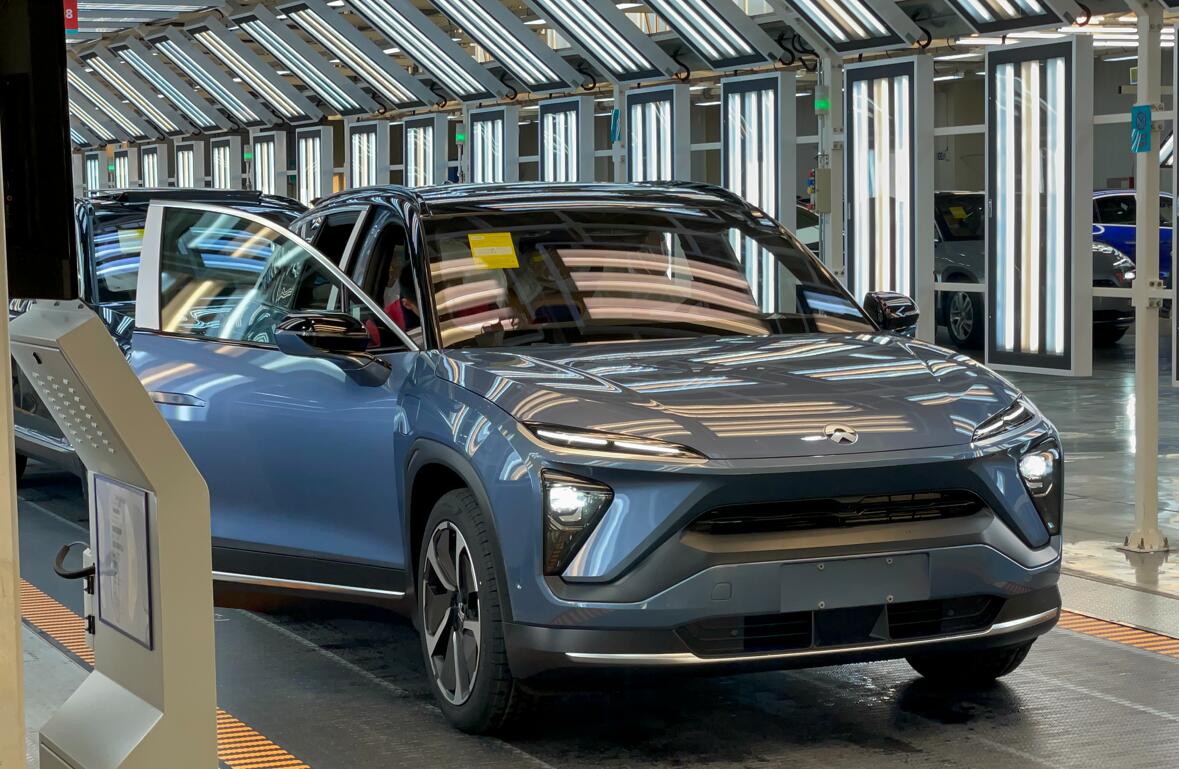 In the face of a growing chip shortage, the industry's regulator in China is taking action in addition to car companies finding their own ways to deal with it.

In response to the recent chip shortage that has caused real difficulties for car companies, China's Ministry of Industry and Information Technology (MIIT) has decided to implement two measures, the MIIT said in a statement released Friday.

The first measure is aimed at changes in the specifications of chip-related vehicle announcements.

Car companies are allowed to make changes to product specifications in the form of self-verification and self-commitment under the premise of ensuring that the products have been tested and verified for safety performance, and submit test reports from third-party institutions at a later time.

The second measure is to shorten the review time for vehicle manufacturers to change suppliers and components.

For vehicle companies to replace the vehicle electronic control components, change component suppliers and other urgent needs, the MIIT will accelerate the acceptance, compress the technical review time, as appropriate, to increase the frequency of product announcements. 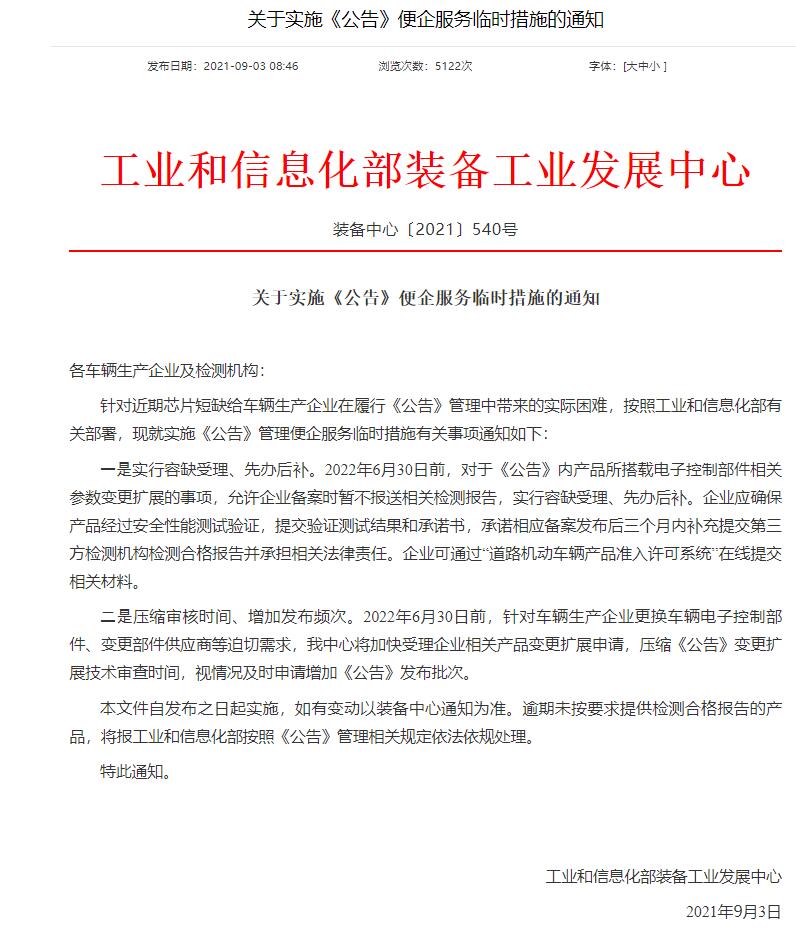 The MIIT will further intensify efforts to address the difficulties encountered by automotive manufacturers with precise measures to help the high-quality development of the automotive industry with efficient and orderly government services, it said in another statement released by its WeChat account.

The move comes at a time when car companies are generally facing a shortage of chips.

NIO's deliveries in August fell sharply from the previous month due to the severe impact of Covid-19 on its supply chain, causing the company to lower its previous guidance on deliveries for the third quarter.

NIO delivered 5,880 vehicles in August, up 48 percent year-over-year and down about 26 percent from July. It was a new low for NIO deliveries since February, when NIO delivered 5,578 vehicles.

The company said the Covid-19 outbreak in Malaysia affected chip production at STMicroelectronics, which is a supplier of Bosch ESP, thus affecting Bosch's supply to NIO.

The single supplier of A/B pillar interior trim panels for ES6 and EC6, Nanjing Nantiao Quanxing, shut down production at its plant for a while, affecting supply. However, the supplier has now resumed production.

Executives from NIO's local counterparts XPeng Motors and Li Auto have said the chip shortage problem has put a lot of pressure on them.

Certain operations at Tesla's Shanghai plant were temporarily shut down in August, and part of one of the production lines was down for four days because of a shortage of key chips, Bloomberg said Thursday, citing people familiar with the matter.

It is also worth noting that to support the development of the new energy vehicle industry, the MIIT held a symposium in Beijing on August 26 to listen to the suggestions of the industry's players.

According to a brief announcement posted on the MIIT's official website, companies including SAIC, BYD, NIO, CATL, and organizations including the China Association of Automobile Manufacturers and China Automotive Battery Innovation Alliance were invited to attend.

The participants made an in-depth analysis of the development situation and problems of the new energy vehicle industry, according to the announcement.