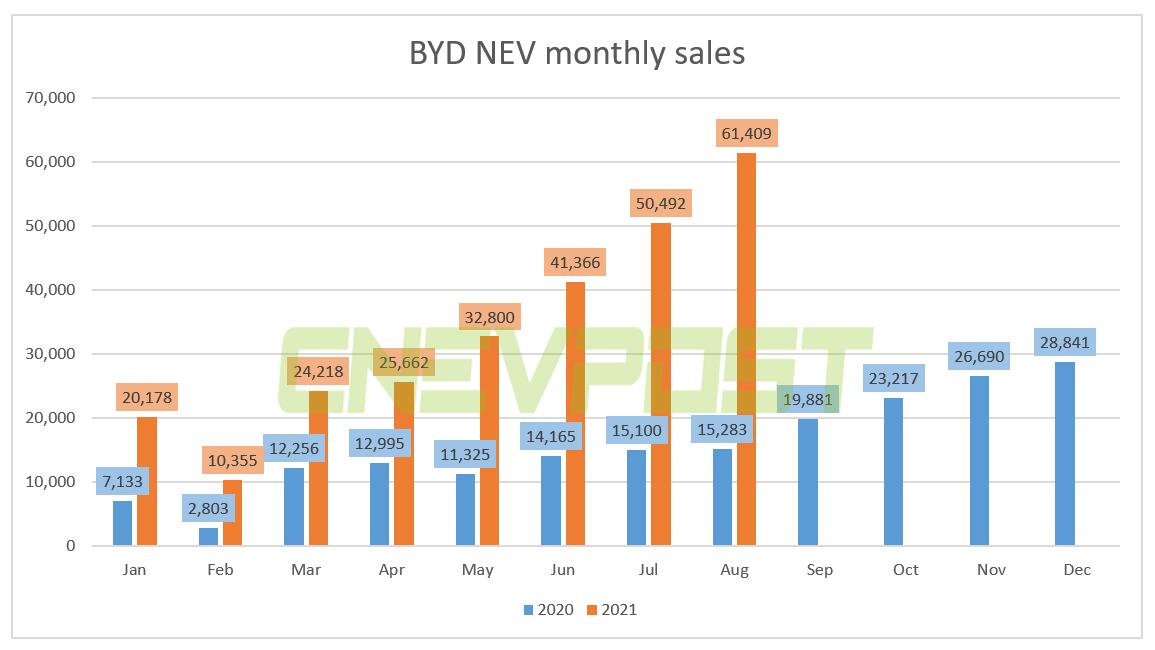 That includes 60,508 passenger cars, and 901 commercial vehicles, the Shenzhen-listed company said in an announcement Friday.

From January to August, BYD's new energy vehicle sales were 266,480 units, up 193 percent from the same period last year. 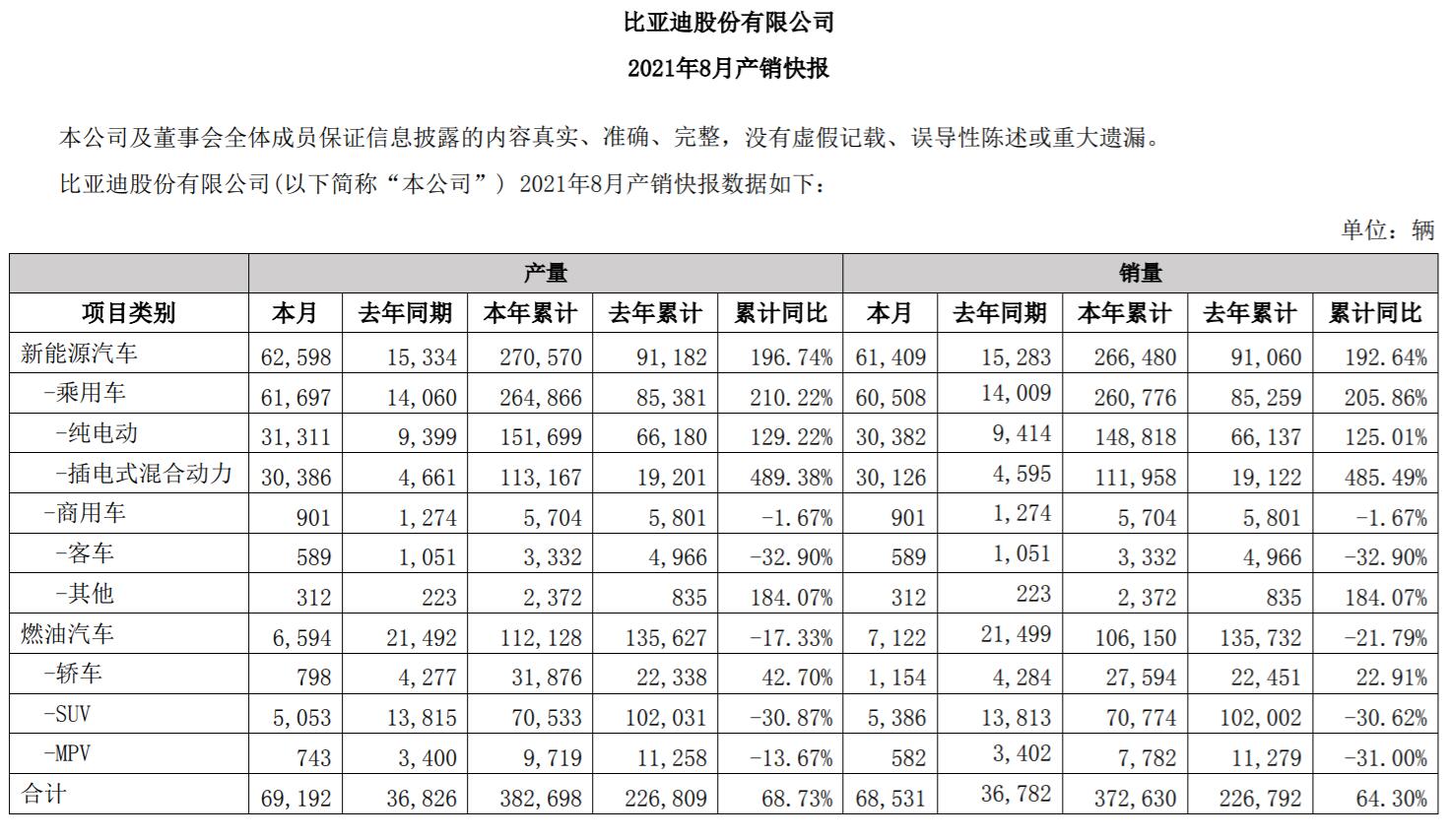 BYD's performance is in stark contrast to China's new car makers as they are generally hit by a shortage of chips.

This may be because BYD produces a lot of its own chips and seems to have more experience in supply chain management.

BYD's semiconductor business has allowed it to meet its own needs despite the global chip shortage, according to an August 27 article in the official Chinese media Economic Information Daily.

For nearly a year, global car companies have been facing difficulties with chip shortages, with a shortage of MCU chips for vehicles the main reason, the article said.

BYD's sources said the company relied on its long-term layout in the field of automotive semiconductors and its own production to avoid suffering the impact and seize the development opportunities during the same period when many car companies had to reduce or stop production, the report said.

BYD Semiconductor was established in October 2004 and entered the industrial MCU field in 2007, ranking first in China in terms of market share of industrial-grade touch MCUs.