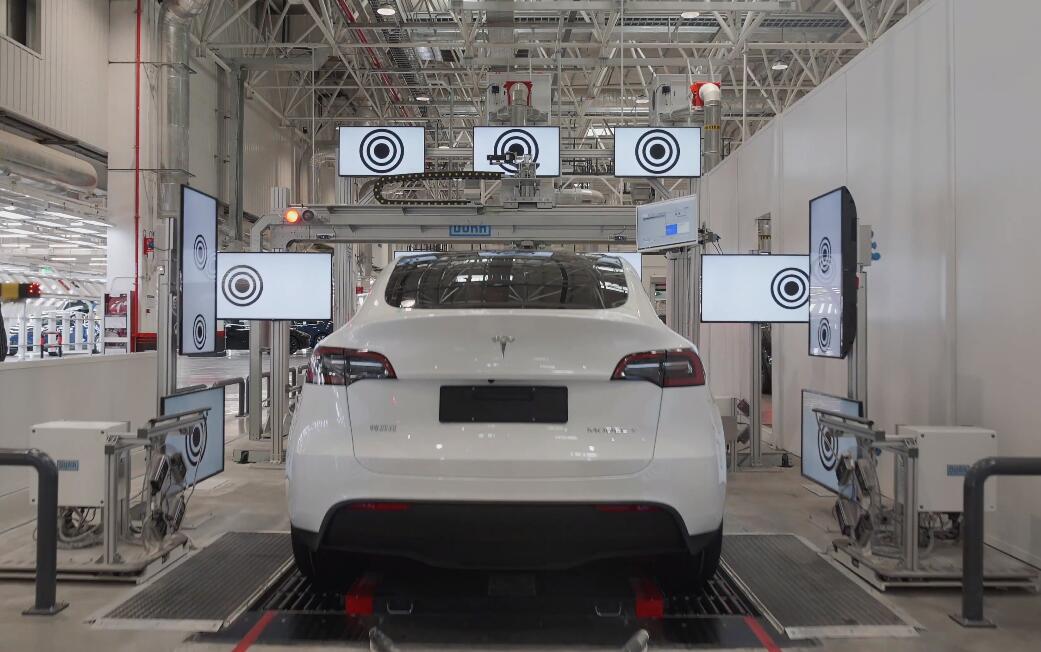 It seems NIO is not the only car company hit by the supply chain shock.

Some operations at Tesla's Shanghai plant were temporarily shut down in August, with part of one production line halted for four days because of a shortage of key chips, Bloomberg said Thursday, citing people familiar with the matter.

One particular shortage was related to the availability of electronic control units, which largely caused delays in the output of Tesla's Model Y, one of the people said, adding that production has now returned to normal.

Concerns about chip shortages have resurfaced in the past month, especially with Wednesday's announcement by NIO that August deliveries fell sharply from July, adding to the concern.

NIO blamed the decline in August deliveries on the impact of Covid-19 on its supply chain, saying that the Covid-19 outbreak in Malaysia affected chip production at STMicroelectronics, which is a supplier of Bosch ESP, thus affecting Bosch's supply of ESP to it.

In addition, the sole supplier of A/B pillar interior trim panels for ES6 and EC6, Nanjing Nantiao Quanxing plant, stopped production for some time, affecting supply. But the supplier has now resumed production.

CnEVPost has mentioned the chip shortage several times in the past month.

The report's forecast does not include Toyota's latest cuts. Toyota plans to temporarily suspend production at 14 plants for nine months, and will reduce global auto production in September by a planned 40 percent, according to a Nikkei News report on August 19.

Given the Covid-19 outbreak in Malaysia, the impact of the chip shortage on China's auto industry will last until next spring, China Securities Journal said on August 20, citing industry sources.

"We are assessing the impact of Covid-19 and considering adjusting some product lines to other countries for production," the report said, citing an executive from a chipmaker with production lines in Malaysia.

Back at Tesla, China-made Model 3 sales in China in July were 6,477 units, down 41.2 percent year-over-year, according to the China Passenger Car Association.

That doesn't seem to reflect demand for the Model 3 in China, however, as Tesla China exported 24,347 vehicles in July.

Tesla China's sales figures for August are not yet available.