GAC Aion, the new energy vehicle brand of GAC Group, said Wednesday that it sold 11,631 units in August, up 115 percent year-over-year and up about 10 percent from July. 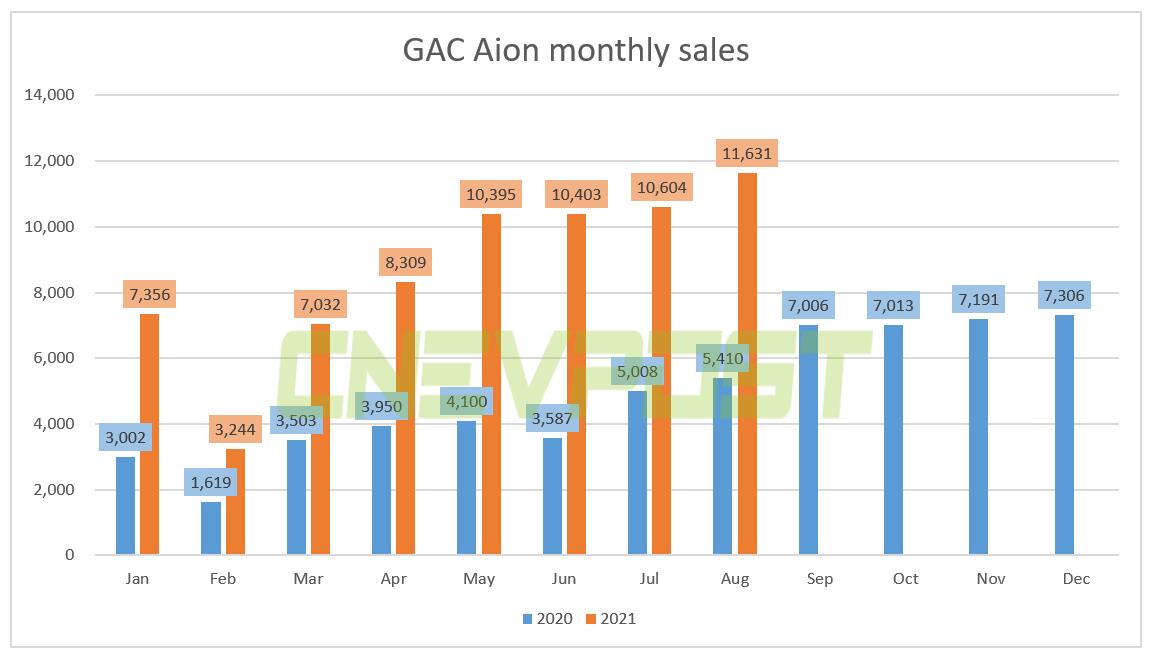 GAC Aion received orders for more than 18,000 units in August, another record high, the company claimed.

GAC Aion, which began independent operations on November 20, 2020, is positioned as a premium smart electric vehicle brand and has already launched models including the Aion Y, Aion LX and Aion V.

The Aion Y, launched in April, had more than 5,600 orders in August, the company said.

GAC Aion unveiled its super-fast charging technology that rivals the speed of refueling earlier this week.

On the company's A480 Supercharger, vehicles can be charged at a high rate of 6C, adding 200 kilometers to range in five minutes of charging and charging from 0 to 80 percent in eight minutes, it said Monday.

Gu Huinan, general manager of GAC Aion, announced on July 27 that GAC Aion and Huawei are partnering to create a luxury premium brand with three series of products.

The first model built by the two in partnership, the AH8, will be launched in 2023 and it will be an SUV, Gu said.

The brand also has two other models based on the same platform as the AH8, including an MPV and a high-end coupe, he said.