Li Auto delivered a record 9,433 units of the Li ONE, the company's only model, in August, up 248 percent year-over-year and 9.8 percent from July. 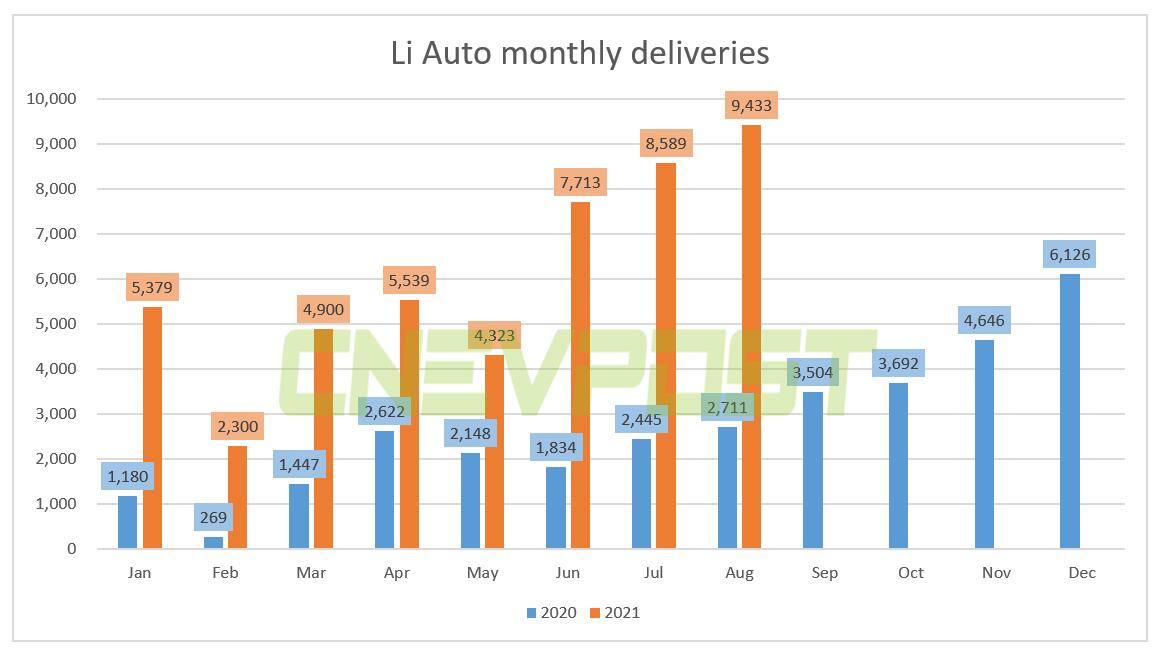 That number exceeded many expectations, considering the company gave conservative guidance for the third quarter in its earnings report released earlier this week.

Notably, when Li Auto announced its second-quarter earnings on August 30, it said it expected deliveries of 25,000-26,000 units in the third quarter.

Considering that the company previously said that September deliveries were expected to exceed 10,000 units and July deliveries were 8,589 units, many believe this implies that Li Auto's deliveries in August will be at most 7,400 units.

The Li ONE is an electric vehicle with extended-range technology, having a three-cylinder engine as the range extender.