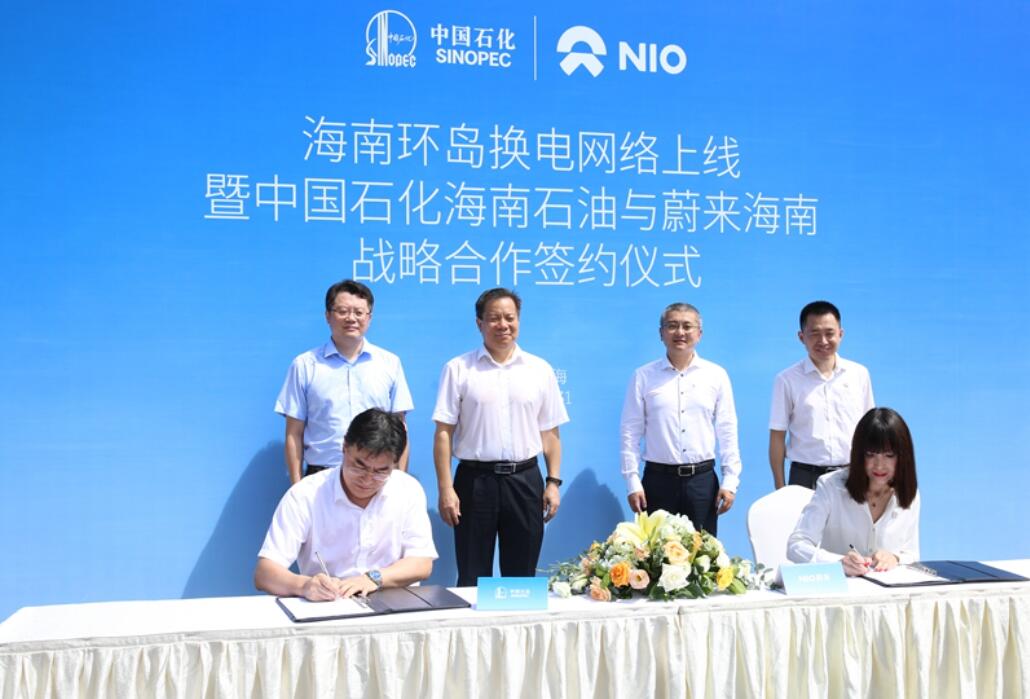 NIO and Sinopec Hainan branch signed a cooperation agreement on Tuesday to put into operation the first charging & battery swap station they have built in the province.

Another charging & battery swap station built by the two will be completed this year, Sinopec said, adding that the company will continue to work with NIO and other companies to deploy battery swap stations in various urban areas and around tourist attractions.

This is the latest development in the partnership between NIO and the fossil fuel giant.

NIO entered into a partnership agreement with Sinopec on April 15, agreeing to build battery swap stations in Sinopec gas stations.

However, since then, there has not been much progress on the cooperation between the two, with only two co-built stations announced on April 18 and June 5.

Earlier this month, the Hainan Development and Reform Commission released a document showing that a pilot will be launched to accelerate the construction of battery swap stations for electric vehicles in the region.

The paper said the pilot will focus on cabs, ride-hailing services, buses, passenger shuttles, and medium and heavy commercial vehicles.

For battery swap stations built in 2021 and 2022, the government will give a construction subsidy of 15 percent of the project's equipment investment. Cities and counties can further increase the subsidy standard according to the actual situation, the document said.