Despite reporting a stronger-than-expected performance for the second quarter, Li Auto's guidance for the future doesn't seem to be as exciting as NIO or XPeng Motors.

After Li Auto announced its second-quarter earnings and guidance on Monday, Deutsche Bank's Edison Yu's team called them mainly non-events in a research note sent to investors and said some investors may be disappointed by the company's lack of ambitious fourth-quarter sales target and pull-forward of 2023 BEV launches.

The team left its 2021-2022 forecast for Li Auto unchanged, maintaining a Hold rating and a $32 price target based on 5x 2022 EV/Sales. The team's current ratings for both NIO and XPeng are Buy.

The team expects Li Auto sales to improve after a weak August due to Covid-19 and semiconductor shortages, considering the company's value proposition resonates with consumers and helps it build brand awareness/equity.

The company previously reported deliveries of 17,575 units in the second quarter. Its RMB 5.04 billion in revenue was close to the team's forecast of RMB 5.03 billion and the analyst consensus of RMB 5.01 billion.

The company's total gross margin for the second quarter was 18.9 percent, largely in line with the team's and the analyst consensus of 19.0 percent.

Operating costs of RMB 1.49 billion were higher than expected due to marketing, recruiting and expansion with the sales network, the team said.

Adjusted earnings per share were RMB -0.07, below the team's forecast of RMB 0.05 and the analyst consensus of RMB 0.00.

The team believes the much stronger-than-expected free cash flow of RMB 982 million was likely supported by strong working capital performance.

Management's guidance for third-quarter deliveries of 25,000-26,000 units was slightly below the team's median forecast of 26,250 units.

Deliveries of 8,589 units in July and >10,000 units in September implied a maximum of 7,400 units in August, implying a month-over-month decline, Yu's team noted.

The team expects fourth-quarter deliveries of at least 30,000 units, with significant upside if demand/supply is synchronized, given a capacity cap of 15,000 units per month.

The team's estimate for maintaining a full-year gross margin of 19.5 percent, but with an increase in Opex due to increased SG&A.

Li Auto's management continues to target 2023 for the first BEV products, Whale and Shark, and will launch at least two new vehicles per year.

Yu's team believes that Li Auto may follow in the footsteps of its competitors with early product launches, even though it does not have an existing BEV platform.

The company's future vehicles will also include Level 4 autonomous driving as standard, based on Nvidia Orin and LiDAR, Yu's team said in their note. 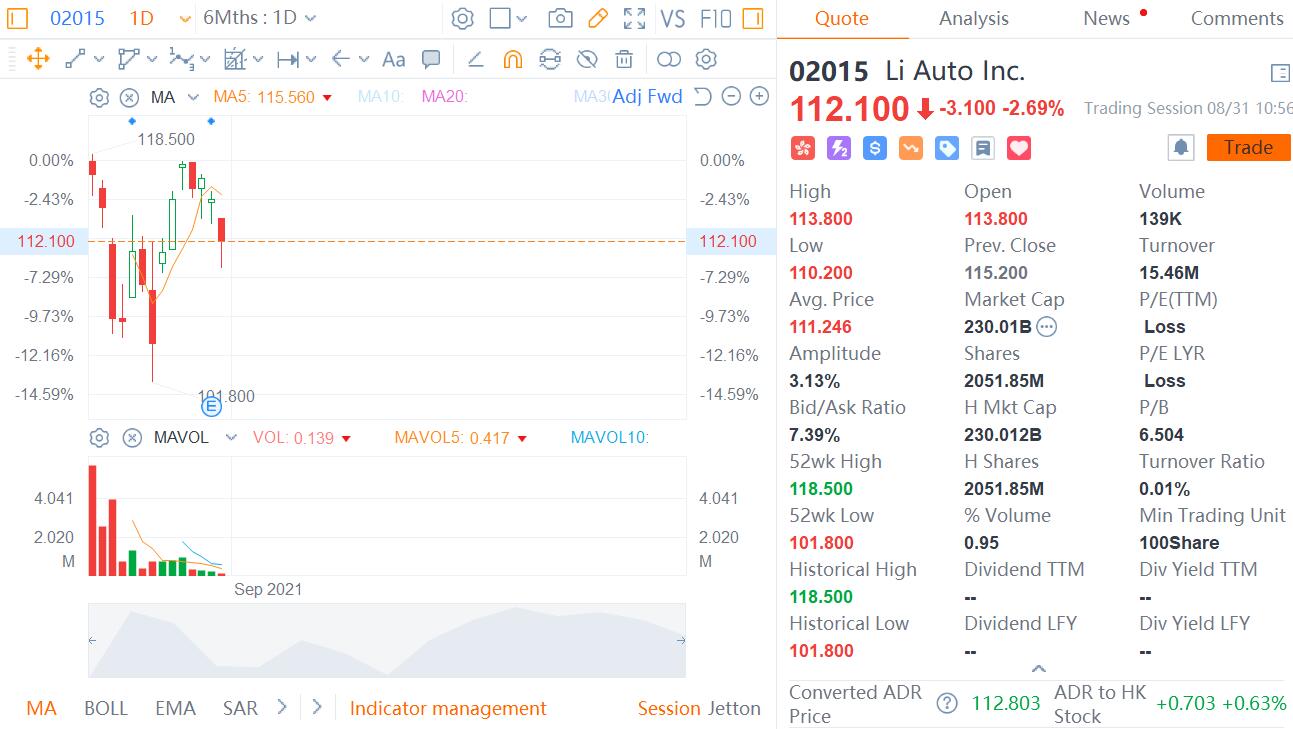