It is the company's first move after announcing its entry into the new energy vehicle industry earlier this month. It did not disclose the exact amount of the deal.

Yujie's plant in Henan province, which was established in 2017 and has an annual production capacity of 150,000 vehicles, has what the company calls "a huge production cost advantage.

Two of the company's three small electric vehicles are already in commercial production, and all three models leverage its innovative core technology, it says.

Yujie says it has developed its own control system and core algorithms, and its self-developed standardized battery pack takes three minutes to replace.

Kaixin Auto is in talks with several EV manufacturers about mergers and acquisitions and will announce any significant business deals in a timely manner, the company said.

Each customer agreed to buy RMB 500 million ($77 million) of cars from the Haitaoche subsidiary this year, meaning sales would grow at least 20 percent annually for five years.

The total contract value of the two car sales contracts was RMB 7.5 billion. 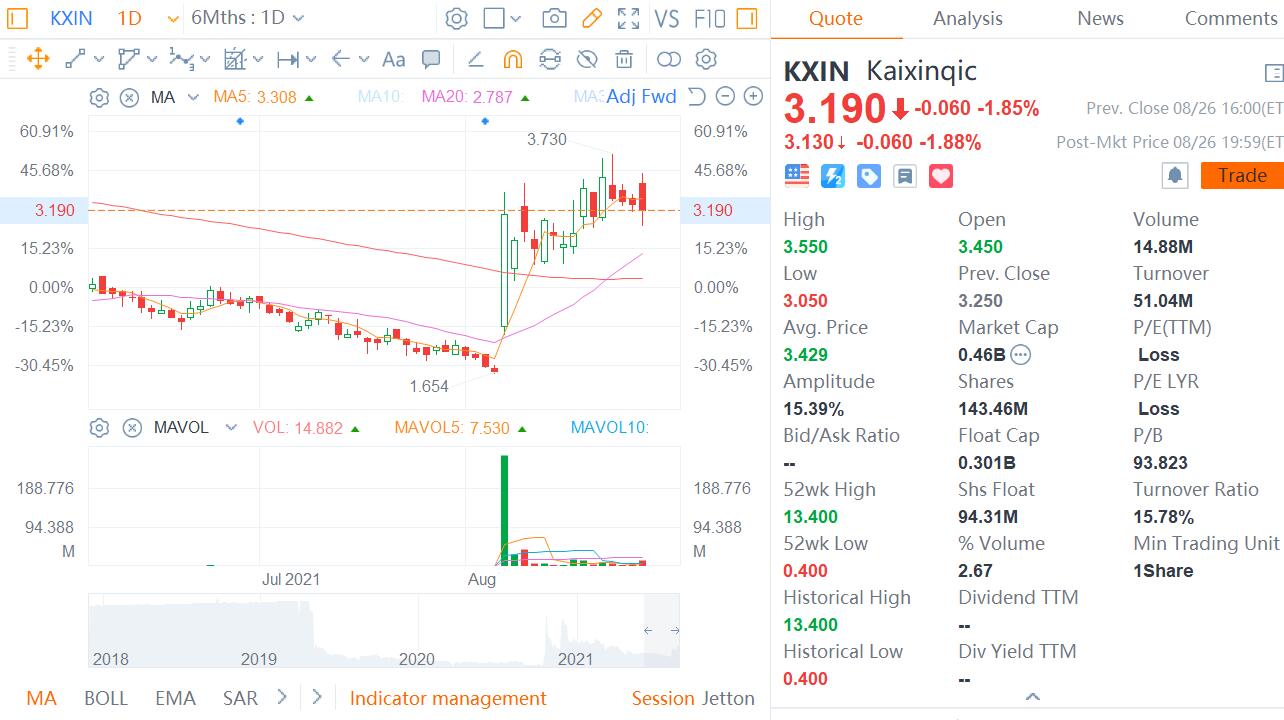