Since June this year, the penetration rate of electric vehicles in China has exceeded 10 percent for the first time, and the rate is generally more than 15 percent in first-tier cities, meaning customer acceptance of EVs is on the rise, He said. 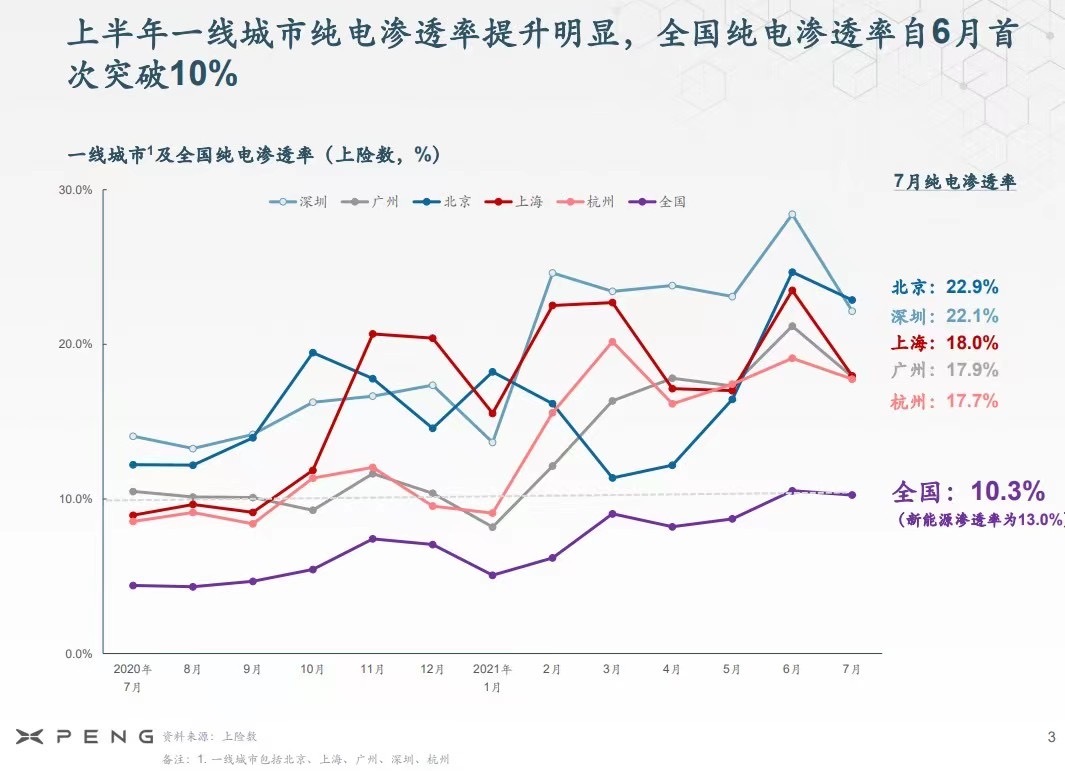 By 2025, China's new energy passenger car penetration is expected to exceed 25 percent, Cui said in an article, adding that the potential for the share to exceed 50 percent by 2030 is high.

William Li, founder, chairman and CEO of NIO, has previously predicted that an increase in the share of electric vehicles in China's new car sales from 10 percent to 20 percent could certainly be achieved within two years.

He believes this year will be a historic year for China's new energy vehicle industry, as sales of new energy vehicles exceeded 460,000 units in the first quarter and will certainly reach over 2 million units for the year.