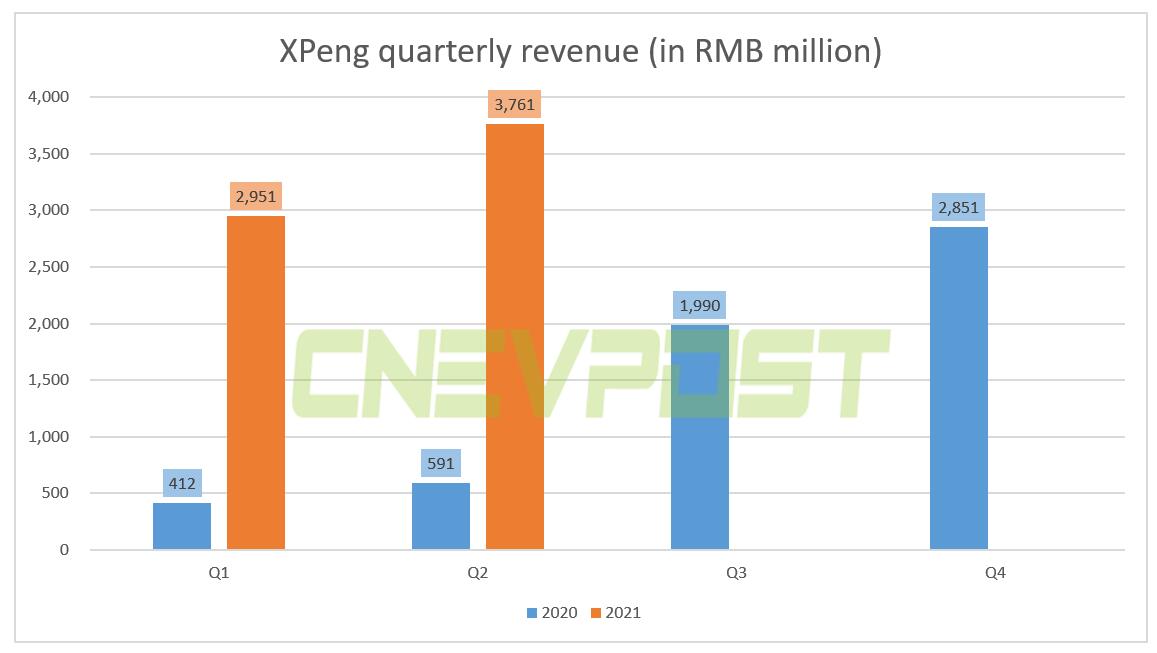 The company reported revenue from vehicle sales of RMB 3.584 billion in the second quarter, up 562.4 percent from a year earlier and 27.5 percent from the first quarter. 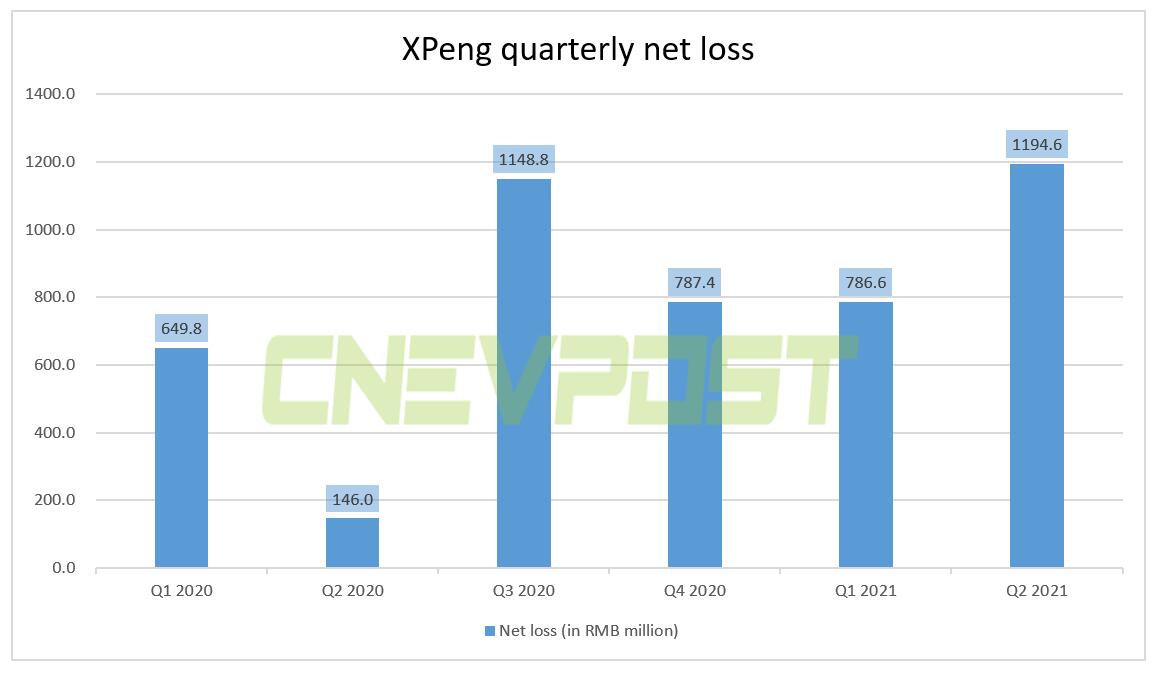 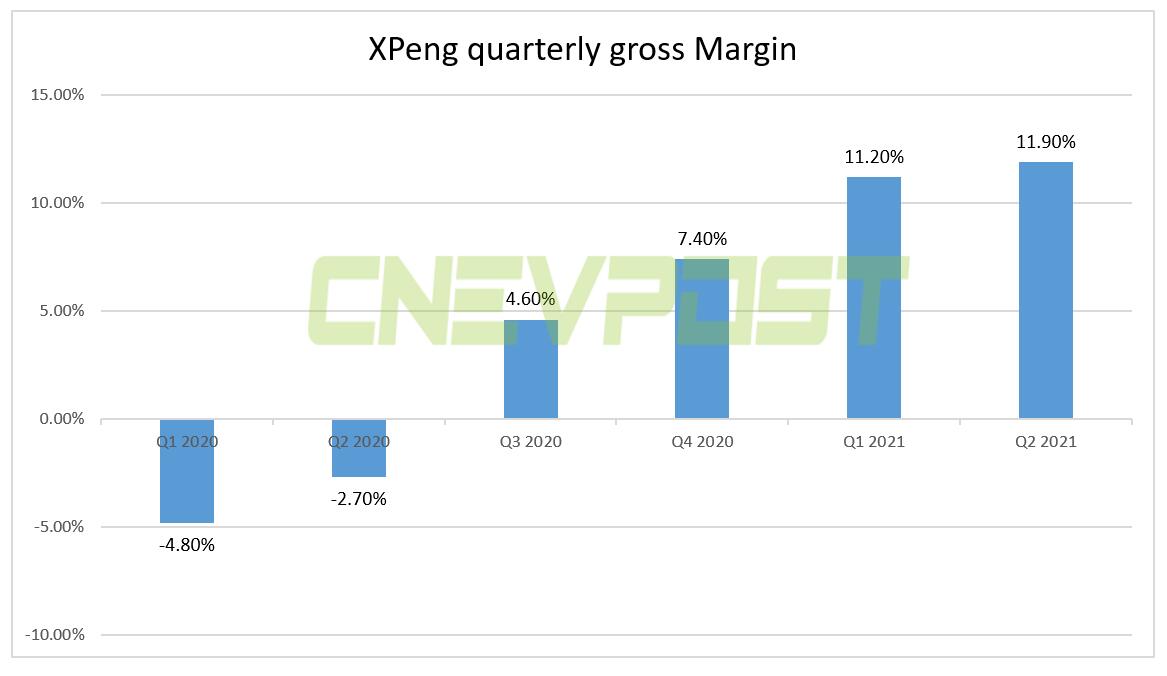 XPeng delivered 17,398 new vehicles in the second quarter, up 439 percent year-over-year and up 30 percent from the first quarter. 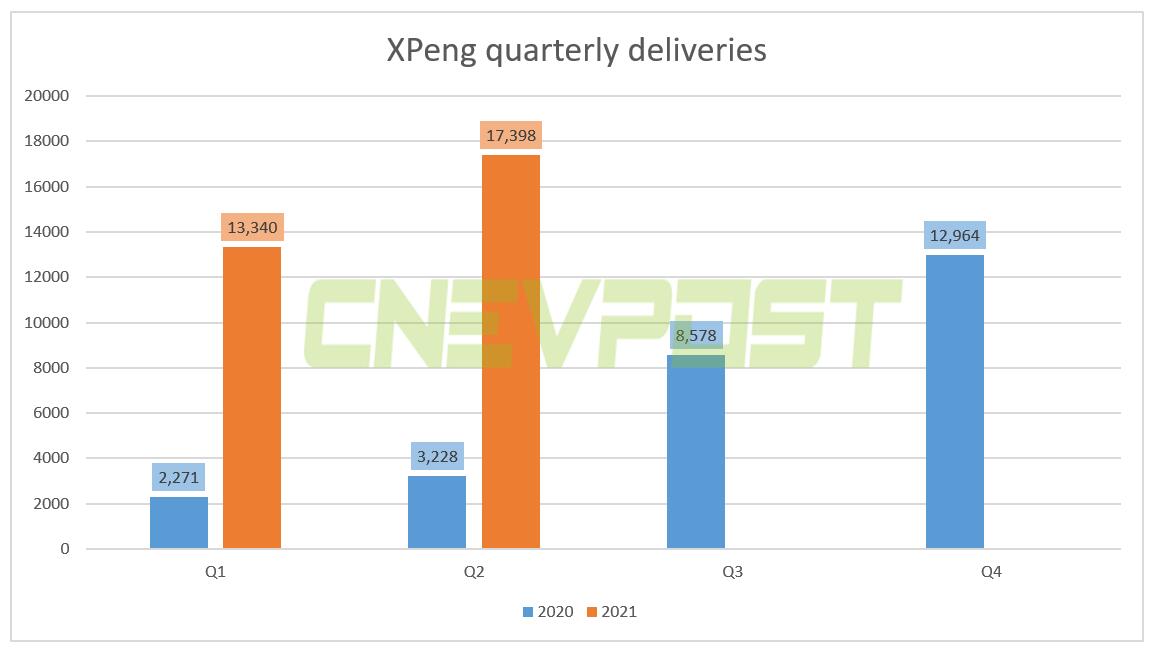 The company expects third-quarter deliveries of 21,500 to 22,500 units, representing a year-over-year increase of approximately 150.6 percent to 162.3 percent.

As of June 30, XPeng had 200 brick-and-mortar retail stores and 64 service centers covering 74 cities. It has 231 XPeng-branded supercharging stations covering 65 cities.

"We delivered another record-breaking quarter with new highs recorded in several key metrics, underscoring an accelerated growth trajectory powered by our full-stack in-house technology capability," said He Xiaopeng, Chairman and CEO of XPeng.

"As EV adoption in China and around the world begins to soar, we are excited to lead in this unprecedented disruption opportunity with our outstanding vehicles and fast, seamless iterations of new technologies that are shaping the mobility experience of the future," He added.

"Fueled by strong delivery performance, our second quarter 2021 revenues grew 536.7 percent compared with the same period of 2020. We also witnessed further improvement in our profitability. In particular, our gross margin continued its upward trend and reached 11.9 percent in the quarter," Gu concluded.