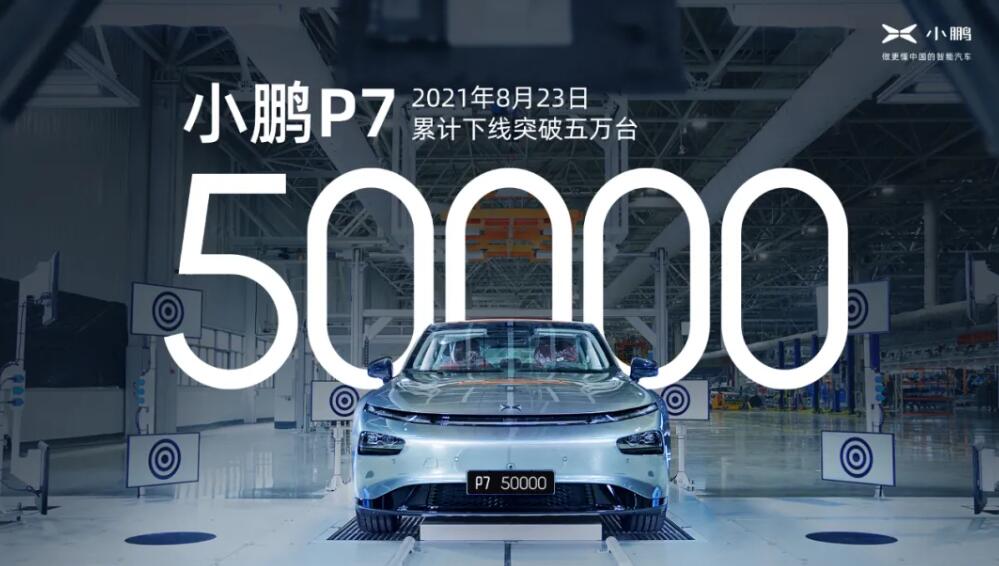 The XPeng P7 is produced at the company's plant in Zhaoqing, Guangdong province, and mass deliveries were launched 496 days ago last July.

"This means that the XPeng Zhaoqing manufacturing site is more mature in terms of quality and we are able to quickly achieve production and delivery of each P7," the company said.

XPeng delivered 8,040 vehicles in July, its highest monthly delivery record, up 228 percent year-on-year and up 22 percent from June.

Cumulative deliveries of the P7 since its launch in July 2020 reached 40,612 units by the end of July.

On August 18, XPeng broke ground on the second phase of its Zhaoqing plant, which will increase annual capacity from 100,000 to 200,000 units, the company said.

Construction of the site began in late 2017, with production starting in May 2020.

The plant started with a capacity of 100-200 units a month and now has a single-day capacity of up to 500-700 units, XPeng co-founder and president Xiao Heng said last week.

"To meet the fast-growing market demand, we are renovating and upgrading the entire production site," Xia said.

After the second phase of the project reaches production, the annual capacity here will be able to reach 200,000 units, he said, adding, "We will introduce several new, more competitive products."

That model was OEM'd by Haima Motor, though XPeng's OEM agreement with it is set to expire at the end of this year, after which XPeng's models will all be produced in its own factories.

XPeng currently owns a factory in Zhaoqing, Guangdong Province, and last September began construction of a second factory in Guangzhou, which is expected to be in production by the end of 2022.