Following reports on Thursday that Chinese property developer Evergrande Group was in talks with companies including Xiaomi to sell stakes in its electric vehicle business, both of them clarified.

"As of now, Xiaomi Group has indeed approached various car building teams from various parties for communication and discussion, but has not made any resolution on the intention to cooperate. We are not responding to any market rumors, please refer to the official announcement," the company said.

Earlier today, Evergrande Group also said that Evergrande Auto had preliminary exchanges with Xiaomi Group in the process of introducing strategic shareholders, but did not discuss in depth to move forward.

Evergrande was in talks with Xiaomi and a Shenzhen government-backed investment firm seeking to sell a portion of its 65 percent stake in Evergrande Auto, Reuters said on Thursday, citing three sources.

Evergrande Auto had a market value of about $12.5 billion as of Thursday's close, and a source said the consortium was considering buying a significant minority stake, a Reuters report said.

Then chinastarmarket.cn reported that Evergrande Group is currently in talks with a number of companies, including NIO, XPeng Motors and Xiaomi, to sell its electric car business.

As of now, the results of the talks have not been finalized. However, Xiaomi will still choose to build its own car, and the address will be officially disclosed next week at the earliest, the report said.

NIO and XPeng have not yet responded.

Evergrande Group, which is heavily burdened with debt, has chosen to save itself by selling off its assets, and its car-making business is one of them. This is not the first time Evergrande Group has sought to sell its stake.

For Evergrande Group, whether it can successfully sell its assets to return cash in the future is very critical to resolve its debt problem.

The state-owned company may take over some of the assets in Evergrande Group's hands in the future through a portfolio acquisition, cls.cn previously cited an industry source. 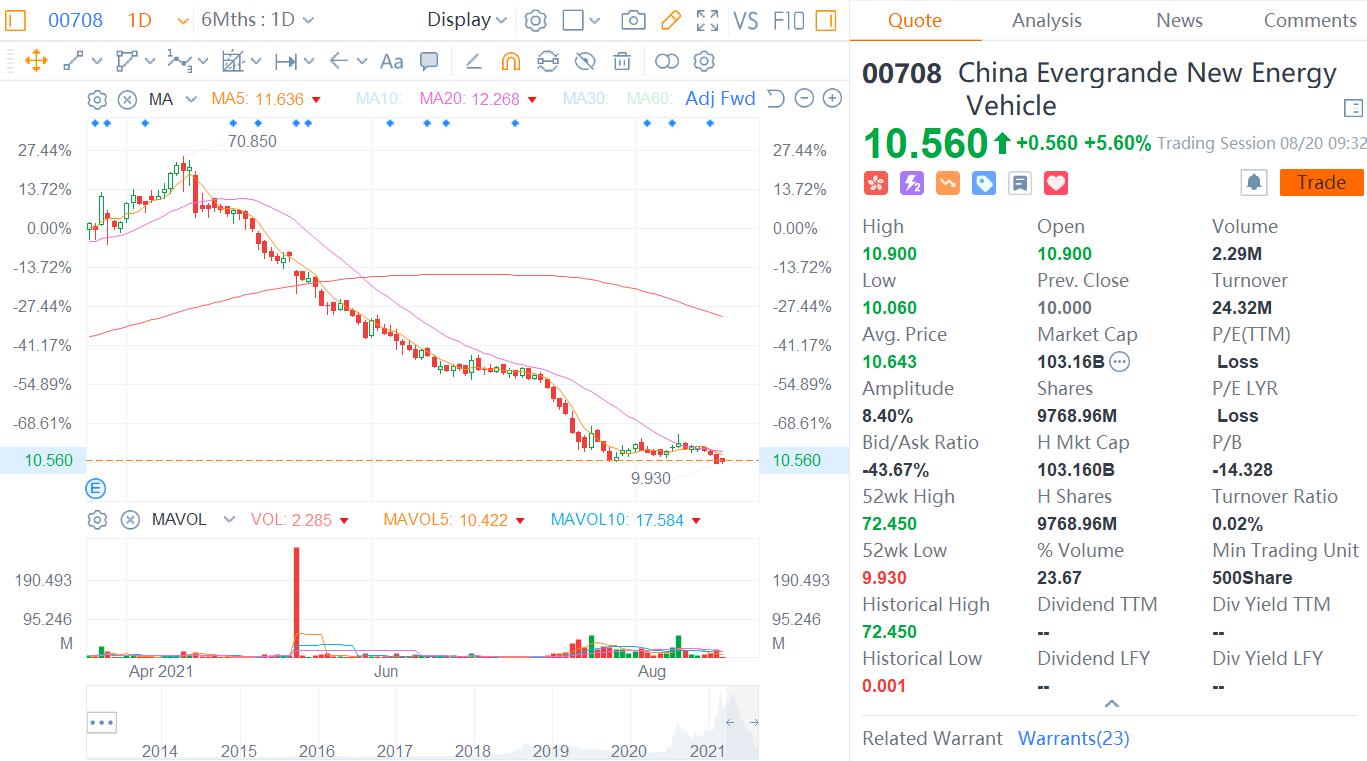