In a report released on Tuesday, CITIC Securities said BYD's reasonable market capitalization in 2022 is RMB 1.0643 trillion yuan ($164.3 billion), corresponding to its A-share and H-share target prices of RMB 372 yuan and HK$447, respectively.

In March 2021, BYD released its pure electric platform, e-Platform 3.0, and unveiled its first model based on the platform, the Dolphin, last Friday.

The team expects that with the support of the new platform, BYD's future premium model launch will increase in intensity and density and its leading position will be strengthened.

In May 2020, the first flagship luxury sedan with blade battery, BYD Han, was launched.

Since its launch in July 2020, Han's sales have climbed month by month, which climbed to over 10,000 units level by November 2020, and at a steady state of 8,000-9,000 units in April 2021 to date. Compared to previous models, BYD Han has been hot for over a year, with the cycle exceeding market expectations, the team said.

The auto industry has entered a market-driven phase, and good models will be recognized by the market. BYD has accumulated sufficient marketing experience, so the model’s life cycle is expected to be extended, the team said.

The DM-i series, a plug-in hybrid model released by BYD in March 2021, targets the fuel car market, and their low price, low fuel consumption and high configuration are expected to accelerate the replacement of fuel cars.

The DM-i series was launched in March and sold about 23,000 units in July, a 30 percent increase from June. From March to July, the cumulative sales of the series have exceeded 60,000 units. The team expects its undelivered orders to be around 150,000 units.

In the five pilot markets where model supply is relatively abundant, sales of the DM-i series in May-July were all up more than 80 percent from the previous month, the team noted.

After the launch of the Dolphin model, BYD will also have the Ocean series, including the Seagull, Seal and Sea Lion, on the market, driving the company's model cycle upward, the team said.

In addition, BYD's blade battery yields are gradually improving, and external supply is expected to accelerate, with valuations expected to rise, according to the team.

Earlier this month, analysts at Huachang Securities saw BYD's market capitalization moving toward 1 trillion yuan, saying its fundamentals, including its auto business as well as its battery business, were strong.

Analysts at CSC Financial said last week that BYD's strong demand for its DM-i series models and expectations of power battery supply from other companies help provide a valuation premium, giving the company a market cap target of RMB 1.5 trillion. 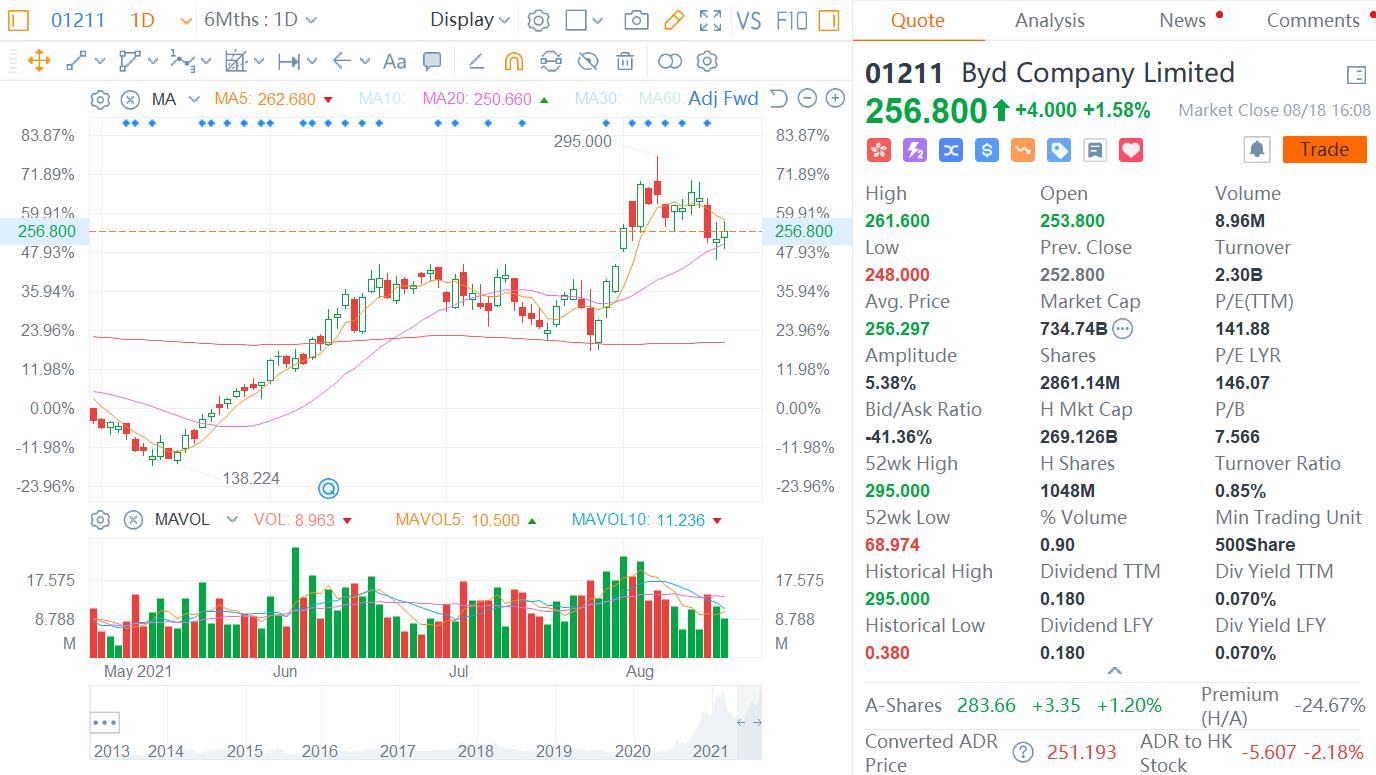