Li Auto received a margin subscription of HK$1.697 billion today, which represents an oversubscription of about 13 percent, considering that its public offering will raise about HK$1.5 billion, according to the Hong Kong Economic Times.

Li Auto will take the same dual-primary listing approach as XPeng Motors to list on the Main Board of the Hong Kong Stock Exchange under the ticker symbol "2015." Li Auto was founded in July 2015.

It is worth noting that companies listed in Hong Kong are usually oversubscribed for the public portion of their offerings. For example, XPeng was oversubscribed by two times in less than two business days.

That means Li Auto is seeking up to HK$15 billion ($1.9 billion) in financing in its global offering.

The company will set the final pricing for its international offering on Aug. 6.

Li Auto expects it will begin trading on the Hong Kong Stock Exchange with board lots of 100 Class A ordinary shares at 9 a.m. on Thursday, Aug. 12.

Investors participating in the Hong Kong public offering will be required to pay an additional 1 percent brokerage commission, a 0.0027 percent HKSCC transaction fee and a 0.005 percent SEHK trading fee, meaning that the threshold for investor participation is HK$15,151.155.

Li Auto was down 2.85 percent in US pre-market trading on Tuesday. 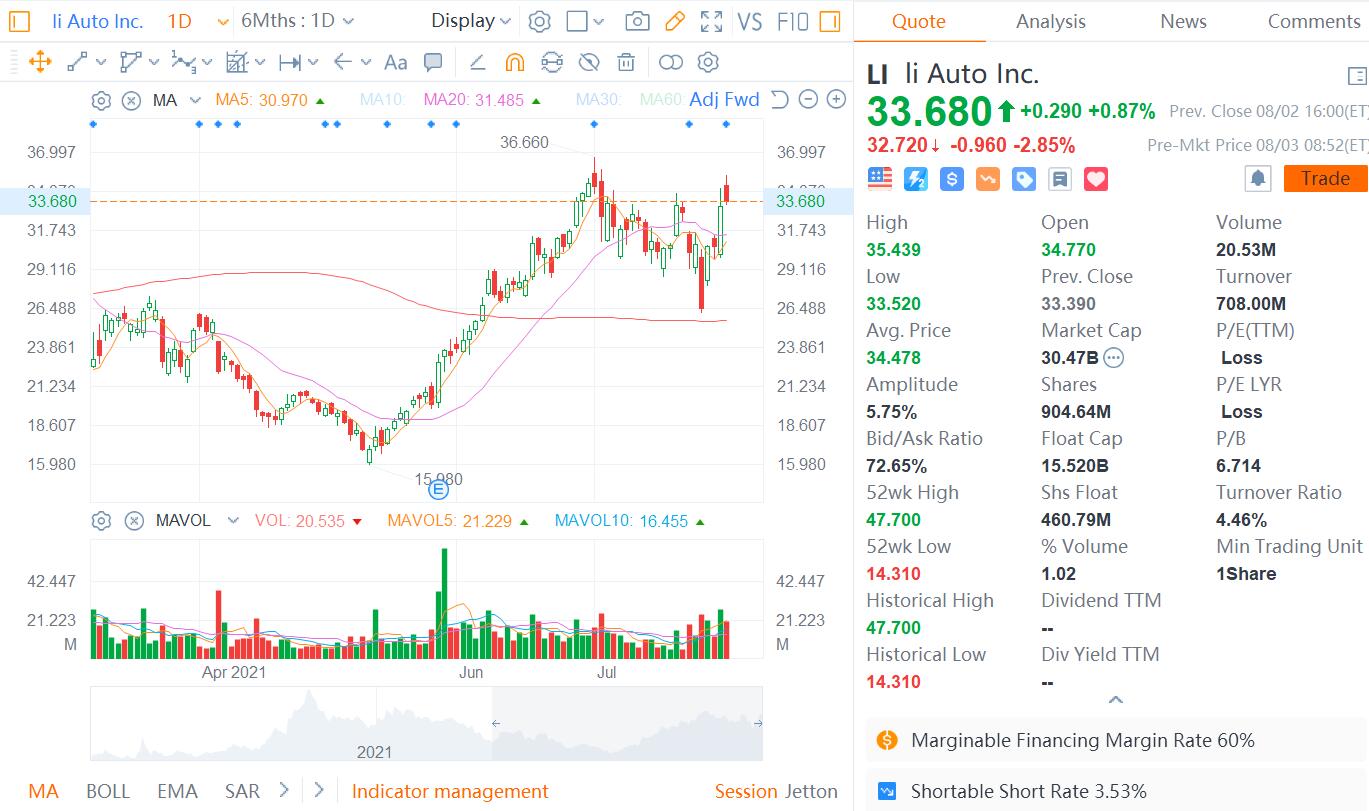