Home Industry Neta delivered record 6,011 vehicles in July, up 392% from a year earlier

Chinese electric vehicle startup Neta Automobile said Sunday it delivered a record 6,011 units in July, surpassing 6,000 for the first time and up 392 percent from a year earlier. 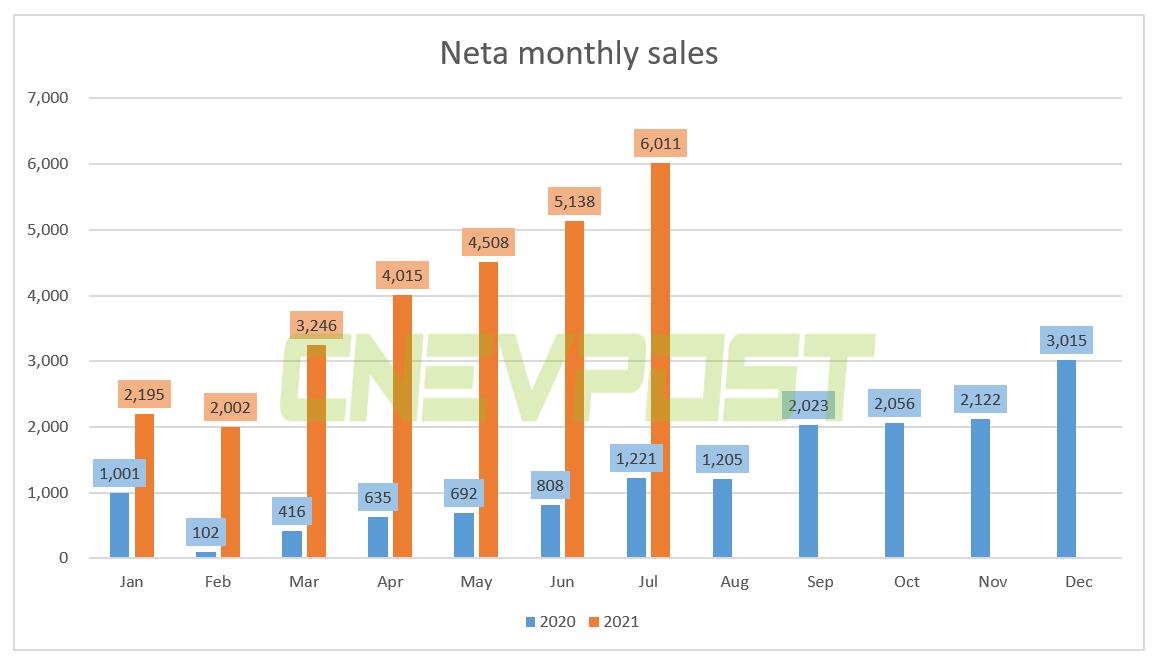 Neta's deliveries in July were 90 percent for individual users and 10 percent for corporate customers, the company said.

Neta had previously gone unnoticed, but in May its deliveries surpassed those of Li Auto, making it one of the top three new car makers in China.

Neta was founded in October 2014. The first Neta model was launched in November 2018, and to date, it has 2 models on sale - Neta V and Neta U Pro.

Qihoo 360 announced on May 11 that it has officially entered the smart car sector with Neta.

Neta's short-term goal is to sell more than 10,000 units a month, yicai.com quoted the company's CEO Zhang Yong as saying in June.

Chinese EV startup Neta aims for monthly sales of over 10,000

Join our Telegram group to be alerted the moment we publish an article: t.me/CnEVPost
#Deliveries#Neta#Neta Automobile
1
Comments (0)