Earlier this year, when NIO unveiled its flagship sedan ET7, it announced that the model would be equipped with a 150 KWh solid-state battery, bringing this new type of battery into the spotlight.

Subsequently, there were doubts that this new technology is still immature and far from mass use. However, one of the latest breakthroughs by a Chinese team is expected to accelerate the battery into mass production.

Recently, Professor Ma Cheng's team at the University of Science and Technology of China announced that they have successfully developed a new chloride solid electrolyte material, lithium zirconium chloride.

Lithium zirconium chloride is the first high-performance chloride solid-state electrolyte based on tetravalent cations, overcoming the bottleneck of difficulty in both production cost and comprehensive performance, and is expected to advance the commercialization of all-solid-state batteries, according to the team.

The team succeeded in reducing the cost of the raw material to $1.38/m2 for 50 micron thickness, compared to $23.05/m2 for the previous cheapest chloride solid-state electrolyte. 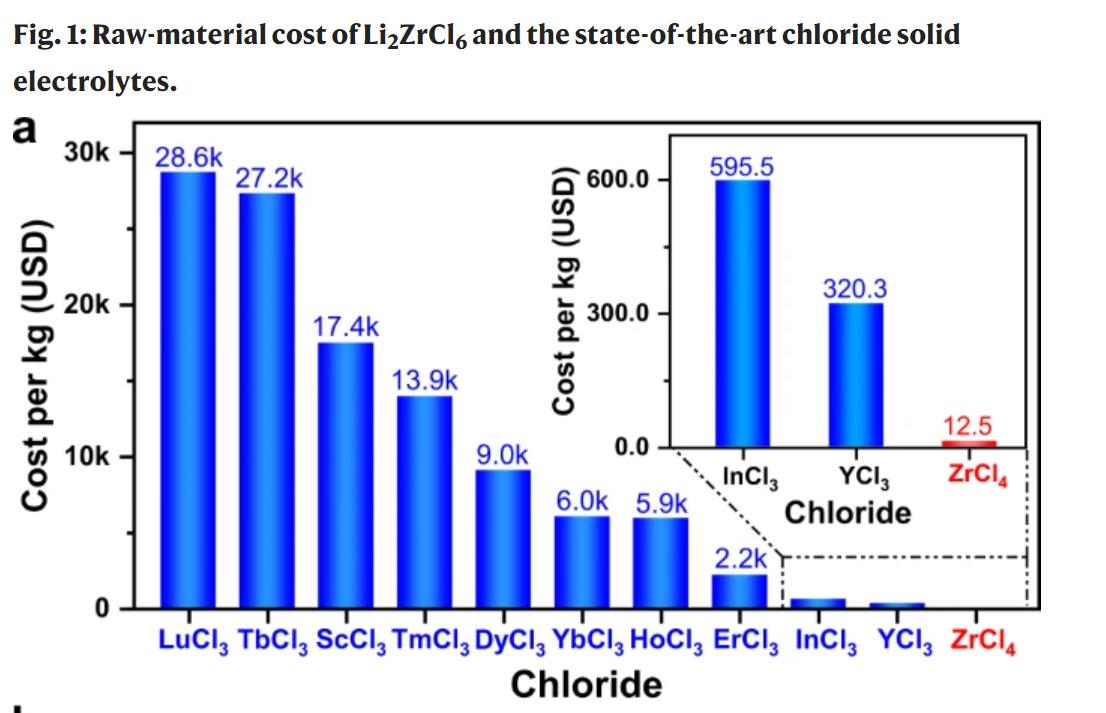 Lithium zirconium chloride remains stable in relatively humid atmospheres with dew points as high as -15 degrees Celsius, and its synthesis and storage are not environmentally demanding, allowing for lower production costs

The highlight of lithium zirconium chloride is that it can be produced at a significantly lower scale while still being highly competitive in terms of overall performance, Ma said.

In terms of ionic conductivity, deformability and compatibility with high-voltage cathodes, lithium zirconium chloride integrates well with the advantages of sulfide and oxide solid-state electrolytes.

The cycling performance of an all-solid-state battery with a high nickel ternary cathode is even comparable to that of a lithium-ion battery based on a liquid electrolyte.

NIO said at the launch of its flagship sedan NIO ET7 on NIO Day, January 9, that the model would be offered in the future with a version equipped with this new battery, giving an NEDC range of 1,000 km.

NIO's aggressive goal was also met with skepticism at one point, given that solid-state battery technology has not yet begun commercial mass production.