After its record sales in March, the performance of China's hottest-selling electric car is starting to weaken.

The Hongguang Mini EV, made by Chinese automaker SAIC-GM-Wuling, sold 22,905 units in June, down 23 percent from May, according to data calculated by CnEVPost.

SAIC-GM-Wuling previously would release monthly sales figures for the Mini EV, but the June figures have not been released so far.

However, the company recently said that the cumulative sales of Mini EV in the past year as of the end of June were 310,418 units, implying that June sales were 22,905 units. In March, the model's monthly sales reached a record 39,745 units. 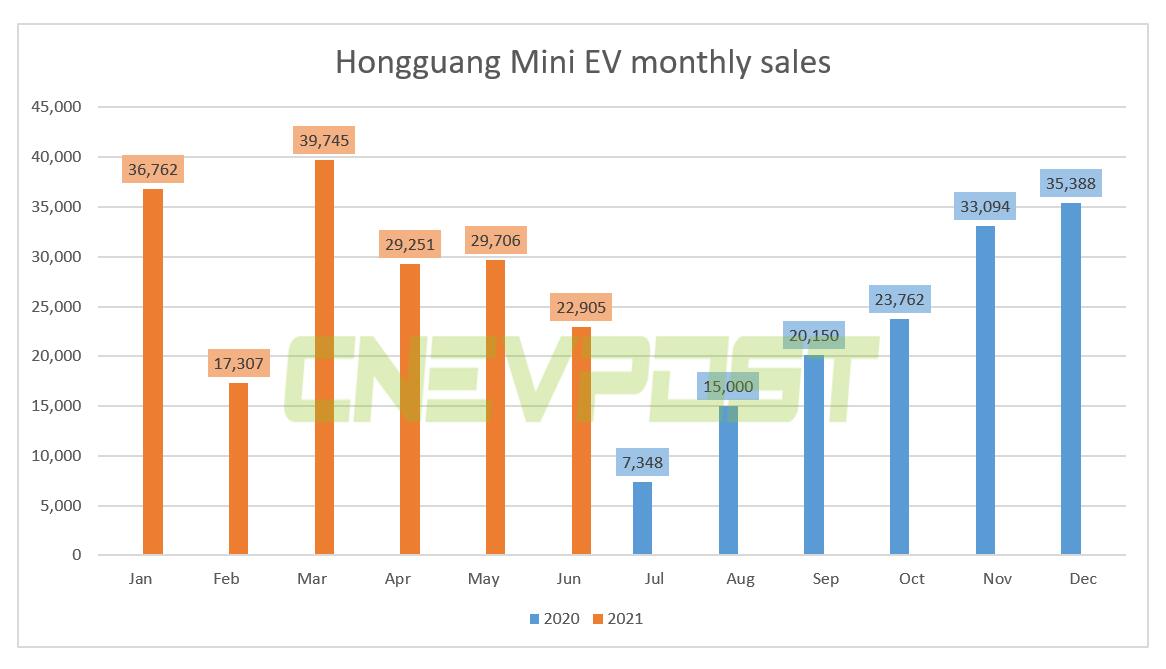 Separately, according to data released by the China Passenger Car Association (CPCA) on Friday, the Mini EV sold 29,143 units in June, making it the best-selling new energy model in China. Its cumulative sales in the first half of the year were 157,939 units.

Notably, jiemian.com cited car dealers in early May as saying that small A0-class pure electric cars, including the Mini EV, are no longer eligible for the free license plates issued in Shanghai, which could hit its performance.

Under previous Shanghai policy, consumers who want to buy a fuel-fired car need to be able to get a license plate quota in a monthly auction with a winning bid rate of only about 4 percent. If they buy a new energy model, on the other hand, they can get a free special license plate.

At the end of April this year, internet users reported in the Mini EV forum that newly purchased A0-class electric vehicles were unable to apply for the free special license plates provided by Shanghai for new energy vehicles.

The situation was subsequently reported by several media outlets, and the Mini EV has not yet resumed eligibility for free license plates in Shanghai.